Felipe Nasr says September will be "decisive" in determining whether he has a future in Formula 1, with Williams a possible alternative to current team Sauber

Valtteri Bottas is expected to be re-signed at Williams while Nasr and Sergio Perez are understood to be on a shortlist to replace the retiring Felipe Massa.

Jenson Button had been a target for that drive before announcing his revised deal with McLaren, and with Force India confident Perez will stay at the team next season, despite a contract with his sponsors yet to be finalised, Nasr's chances at Williams are improving.

When asked by Autosport if Massa's departure opened the door to him at Williams, Nasr said: "We'll see.

"This month, a lot of things are getting in place, and hopefully we can make a decision soon on that.

"I think this month will be decisive for a lot of other drivers as well."

Nasr, who brings financial backing with him, spent a year at Williams in 2014 as a test driver and speaks of a "great relationship" with the team.

But he has also described current outfit Sauber, where his contract expires at the end of the year, as an "attractive option" for 2017 after new owners came onboard.

"All I can say is that it [Williams] is a team I've always had a great relationship with," he said.

"I've worked with some familiar faces that I've seen this year.

"I want to see what the possibilities are not only there but all the teams that we have in mind.

"All I have to say is I have run through a positive year there when I was there." 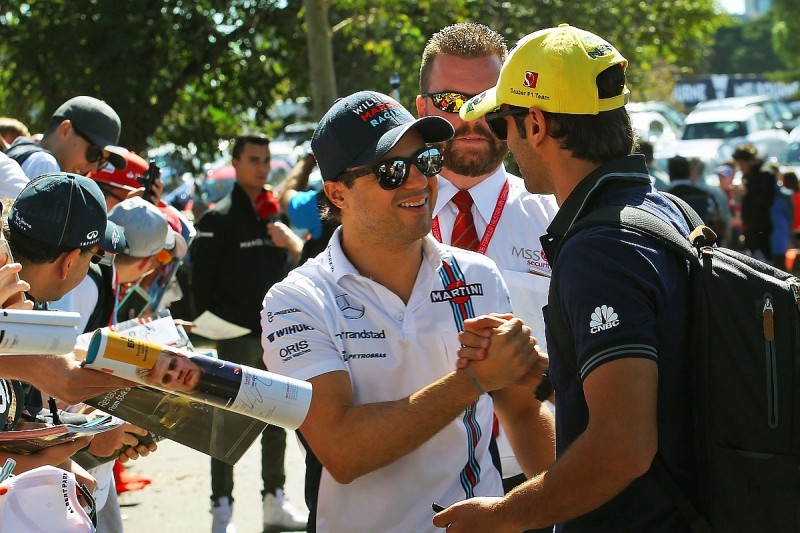 Nasr admitted he was not expecting countryman Massa to announce his retirement from F1 at last weekend's Italian Grand Prix.

"I was surprised because last time I spoke to him, I felt like he wanted to stay another year or two," said Nasr.

"He's been very humble, a real friend and he welcomed me into F1 with open arms.

"I could get some of his experience when I was at Williams and I learn a lot from him, even though it was a short period.

"He's one of the most experienced guys on the grid and it's cool to have shared a bit of his career and I wish him the best."