Felipe Massa says that Williams is falling behind in the development race, after both its cars failed to progress from Q1 in qualifying for Formula 1's Belgian Grand Prix

Massa qualified 16th at Spa, and has a five-place grid penalty for speeding under yellows in FP3. He also missed most of Friday's running due to a crash in FP1 that ruled him out of the second session, but claimed his car "is not competitive enough".

"It's quite disappointing to go out of qualifying in Q1," said Massa.

"It's pretty clear that we need to improve the development, and to improve the pieces we put on the car and to make the car better, which is not what's happening at the moment.

"Anyway, I was happy with my lap time, but the car is not competitive enough."

Stroll: Downforce "not there" 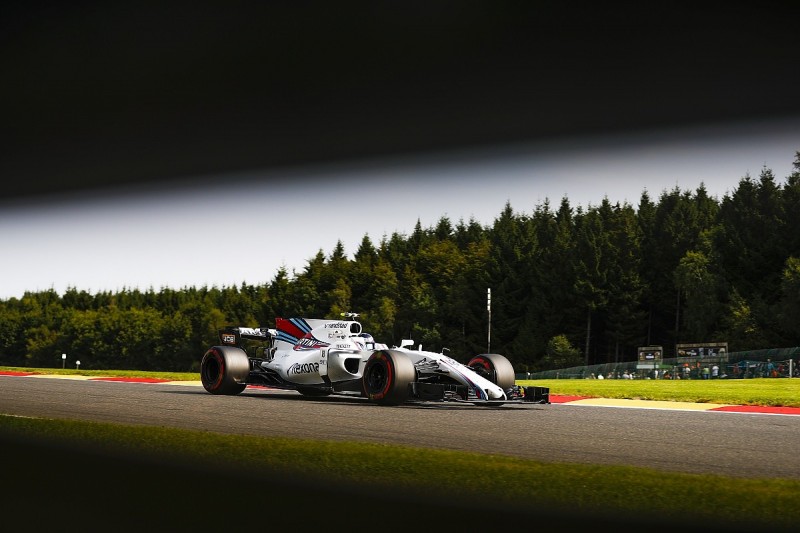 When asked by NBC if this is the new normal for Williams, Massa's team-mate Lance Stroll replied: "I hope not. I think it's very track dependent.

"We clearly see the downforce is not there in the long corners with a lot of load, and combine entry and traction, and we're really lacking a lot.

"That's kind of been the case for the last few events. It's very frustrating - it's not where we wanna be.

"But all I can say is we've gotta keep working, and get rid of that."

Stroll only ran once in Q1 due to a rear wing issue, but although he qualified 18th he will rise to 15th due to grid penalties ahead of him.

"Something broke," Stroll explained. "I think it was the endplate or something. One of those things that happens, just unlucky.

"We couldn't go out for the second run, so that's a shame.

"I don't think there was a huge amount in it, I saw Felipe did his lap and it was only a couple of positions [ahead].

"It was a shame I didn't get the opportunity though to do a proper lap in Q1."