Pirelli will begin its testing programme with F1's 18-inch wheels at Paul Ricard next week with a mule car provided by the Renault team.

The 18-inch F1 wheels were revealed in a static display after Alesi's F2 demo run on Saturday.

Alesi regularly frequents the F2 paddock as his son Giuliano competes in the series for Trident Racing, and is also a member for the Ferrari Driver Academy.

"It was an amazing experience to be able to show the Italian crowd, and the rest of the world, what the F2 car will look like in 2020 with the new 18-inch Pirelli tyres," said Alesi.

"I really enjoyed my time out there on a track where I secured two F1 pole positions: this car is great to drive!

"I was able to prepare for this event earlier this week by completing a few laps at Magny Cours to find the feeling and make sure today's demonstration was a success.

"I would like to thank F2 and Pirelli for this wonderful opportunity." 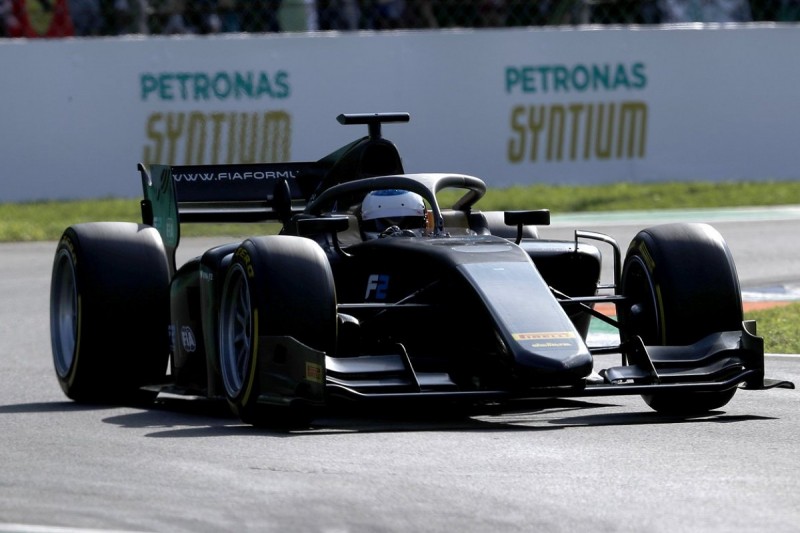 A development car has been running in private while the championship and Pirelli work out if any updates are needed to the cars next year, and how the size change will alter performance on track.

Ex-F2 driver and FDA pilot Antonio Fuoco has been helping to conduct the testing behind closed doors.

In its previous guise as GP2, the feeder series conducted a public demonstration of 18-inch wheels in 2015 in Monaco.

F1 has also tested bigger wheels before, when Lotus ran them at Silverstone in 2014.

Hamilton: Only a crash will stop Monza-style F1 qualifying farces