The recent passing of the legendary Formula 1 team owner has prompted a flood of tributes from around the motor racing world.

The latest to pay his respects to Sir Frank is Alan Jones, who took the Williams team to the first of its seven drivers' world championships, driving the FW07 in 1980.

Speaking to Autosport, Jones admitted that hearing of Sir Frank's passing had been hard to take.

"At the end of the day apart from being a boss he was a friend," said Jones.

"I like to think I was very close to the family."

According to Jones, Sir Frank's greatest attributes were determination and sheer enthusiasm for motorsport.

He says the latter was highlighted by his persistence in attending grands prix in the years that followed the car crash that left him in a wheelchair.

"He epitomised the spirit and the determination of the ultimate enthusiast," said Jones.

"At the end of the day, apart from being a team owner, he was a true enthusiast he loved motorsport. How he put up with going to as many grands prix as a quadriplegic I will never know.

"His determination and enthusiasm, it was just so amazing.

"I think his legacy will be that you can basically do anything as long as you put your mind to it."

As well as the breakthrough title Jones played a pivotal role in the early success of the Williams squad during a four-season stint from 1978 to 1981. 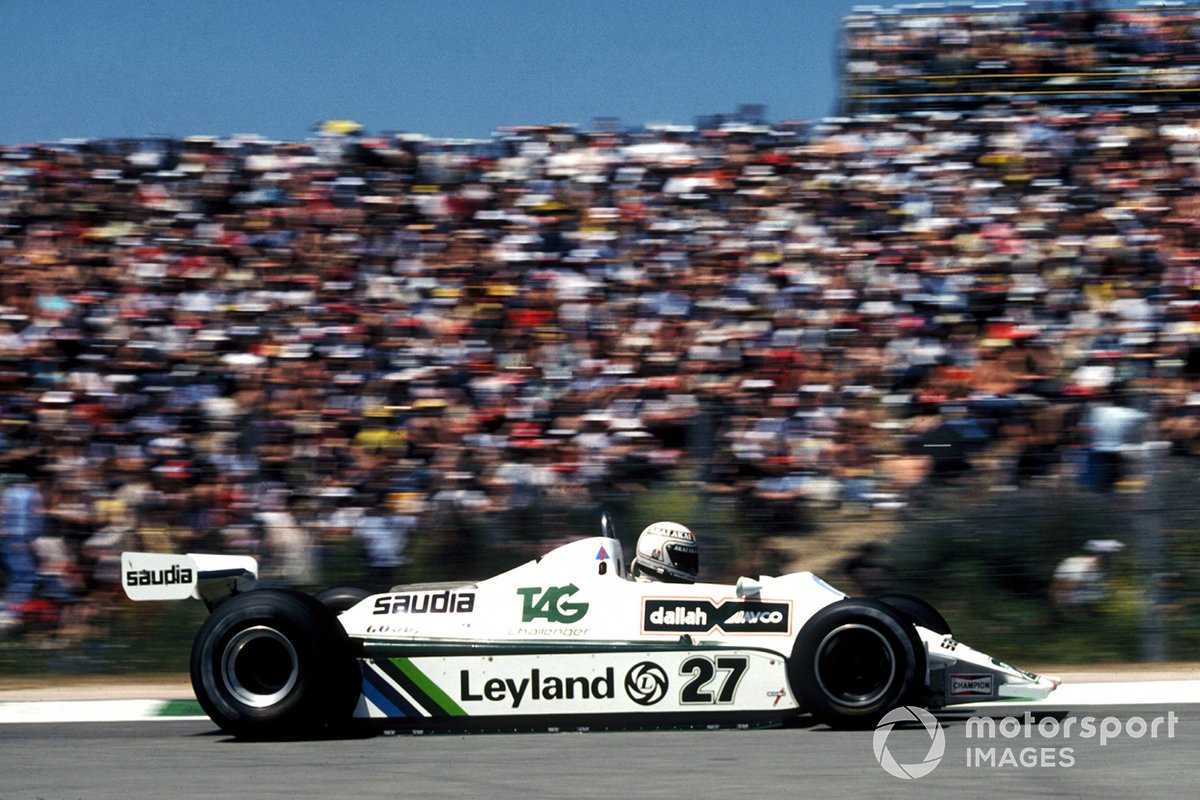 Reflecting on that success, Jones says it was made more special by an underdog spirit shared by himself, Williams and famous technical guru Patrick Head.

"We had a wonderful working relationship. There was three of us Frank, Patrick and myself [and] we were all a similar age," said Jones.

"It was fabulous and the three of us all came up together. To win against established names was very very satisfying.

"And for me having left Australia and gone over [to Europe] to live and gone through the lesser formulas, to win the F1 world championship was a very emotional moment."

As for working with Sir Frank, Jones says an exchange at Watkins Glen sums up what that was like.

"He was a hard taskmaster but he was 100 per cent fair and I often say that he was the best guy I ever drove for," said Jones.

"He took notice of what you said. There was one particular incident when we were at Watkins Glen and I didn’t qualify all that well.

"I said to Frank that I thought the engine I was using was down on power, so he said, ‘right we will change it. There is no point me paying you all this money to drive for me and doubting you word'.

"Sure enough we changed the engine and I was quickest in the morning warm-up.

"That was the sort of guy he was."