In Saturday's FP3 session title rivals Hamilton and Verstappen both showed they still had plenty of pace in hand for qualifying but track limits excursions on their final timed lap meant that pace didn't translate into a valid laptime.

Aston Martin's Sebastian Vettel was the first driver to take to a sunny Circuit of the Americas for the final hour of practice in what was a quiet early stage of the session.

After some lone install laps for Vettel and a leisurely timed lap by Alpine's Fernando Alonso the action finally picked up after 10 minutes when world champion Hamilton joined the fray, soon joined by most of his competitors.

In his Mercedes W12 Hamilton clocked a 1m35.814s on his first timed lap to take a provisional lead, using Pirelli's soft tyre that would be used by the entire field.

Hamilton's time was soon improved upon by Red Bull's Perez, who dipped 0.181s below the Briton's benchmark by setting a 1m35.633s. 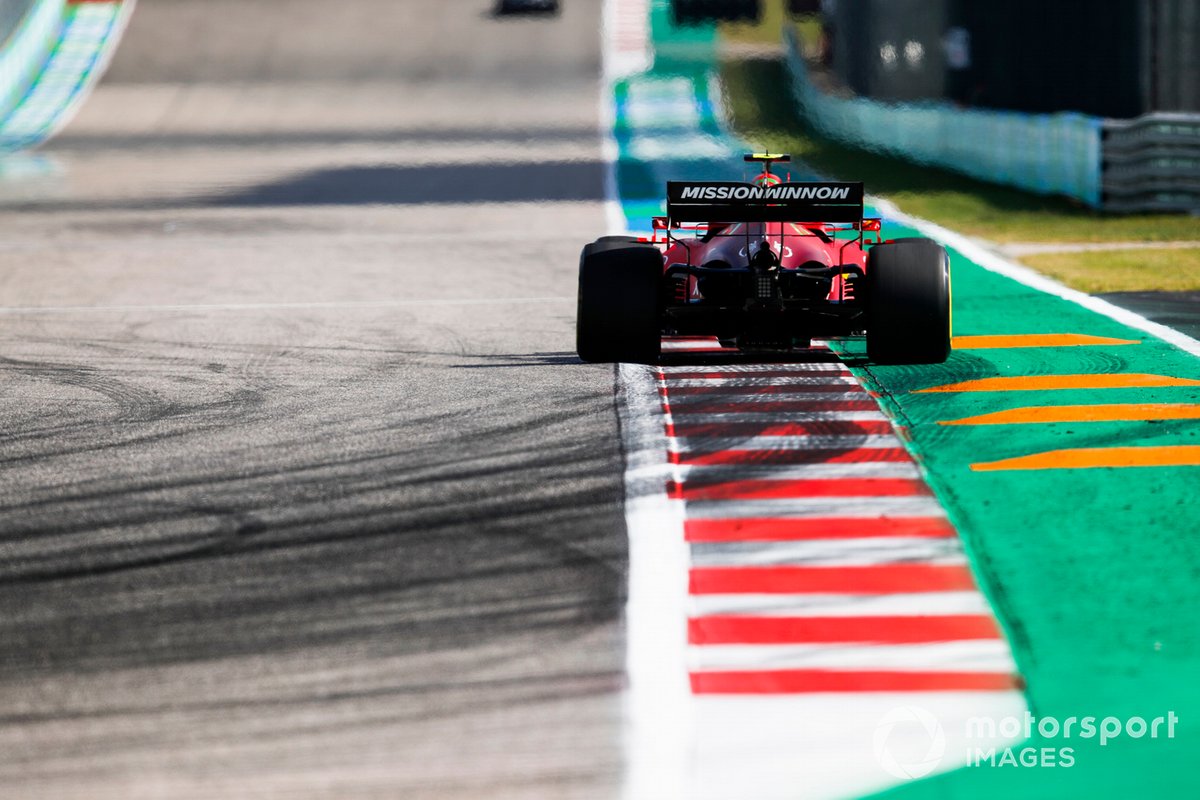 On his second set of softs Hamilton reclaimed the lead with a 1m35.571s effort, while teammate Valtteri Bottas' first effort was scrubbed for track limits.

Ferrari's Charles Leclerc slotted in behind Perez in third, ahead of teammate Sainz.

The ante was upped when championship leader Verstappen joined the track. After not getting a fast lap in during Friday's FP2, Verstappen immediately took over the lead, the Red Bull driver taking over three tenths out of Hamilton's previous benchmark to go top with a 1m35.207s after 25 minutes.

His teammate Perez joined him up front by setting a lap time that was just 0.001s slower, handing Red Bull an early 1-2.

Verstappen's pace prompted a response from Mercedes. With 20 minutes left to run Bottas took second just 0.076s behind the Dutchman by virtue of a purple second sector, which includes COTA's long straight on which Mercedes can flex its top speed muscle. 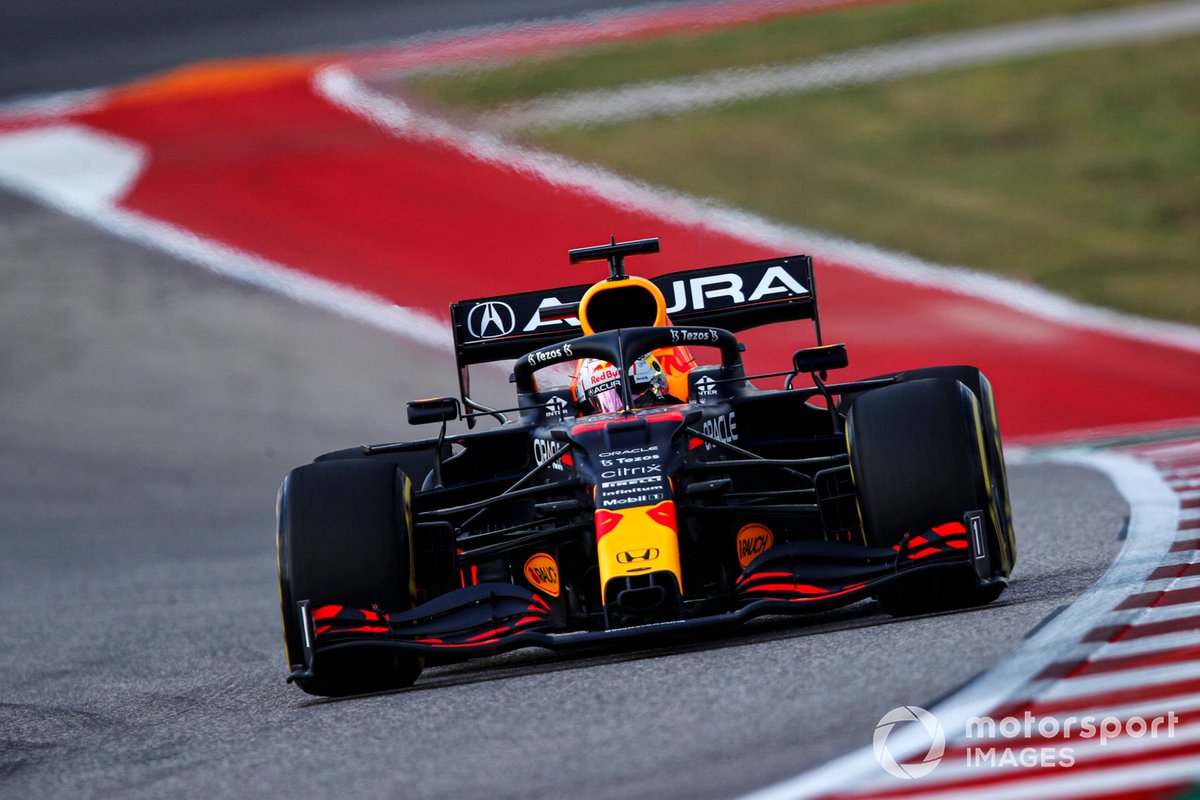 But soon after Sainz set the fastest time for Ferrari, his 1m34.805s a tenth quicker than Verstappen, which suggested that F1's two top teams still had some pace left in the bank.

That was modestly demonstrated by Perez, who took the lead with a 1m34.701s while teammate Verstappen was delayed by a precautionary rear wing change.

With his new wing Verstappen clocked a 1m34.383s, but his time was deleted for exceeding track limits in the penultimate corner.

Hamilton was next to go top for mere seconds as his 1m34.458s effort was too deleted by the stewards due to leaving the track at Turn 9, leaving Perez's top spot intact until the finish.

Sainz finished the session in second, followed by Verstappen, McLaren's Lando Norris and Bottas, while Hamilton's scrubbed lap meant he finished down in sixth.

Daniel Ricciardo was seventh in the second McLaren ahead of AlphaTauri's Pierre Gasly.

Ferrari's Charles Leclerc was ninth after reporting struggles with his rear tyres, with Alpine's Esteban Ocon rounding out the top 10, which was covered by one second.

Kimi Raikkonen was 13th for Alfa Romeo, narrowly ahead of Nicholas Latifi in the second Williams.

Fernando Alonso took 17th after undergoing an engine change in his Alpine, which will relegate him to the back of the grid.

In the second AlphaTauri Yuki Tsunoda was only 18th, with Haas duo Mick Schumacher and Nikita Mazepin propping up the timesheets.