Despite two attempts running with a fresh set of the quickest soft tyres late into the hour at the Austin track, two-time champion Verstappen was unable to depose the Ferrari of Sainz.

That left the Spaniard to sit pretty by 0.22 seconds as Scuderia team-mate Charles Leclerc did not contest the session to make room for F1 rookie and 2019 FIA F3 champion Robert Shwartzman.

Meanwhile, Hamilton guided the Mercedes W13 with its final major update package of the season to third ahead of Lance Stroll, who headed a competitive showing for Aston Martin.

The Astons and AlphaTauris kicked off the running, with Sebastian Vettel laying down the early marker at 1m42.625s as the initial laps were split between all three tyre compounds.

Esteban Ocon was the fastest driver on the yellow-walled C3 mediums while Sainz signalled his intentions with a 1m41.381s on the C4 softs before being toppled by Sergio Perez - who carries a five-place grid drop for taking on his fifth internal combustion engine of the year.

However, the early running was interrupted by a shunt for ex-Alfa Romeo driver Antonio Giovanazzi, who brought out the red flags after only seven minutes when he bashed the Haas into the TecPro barriers on his second flying lap while deputising for Kevin Magnussen.

Through the high-speed left-right change of direction through Turns 5 and 6, the Italian lost the rear end and spun backwards across the track before glancing the wall. He eventually lurched the car free and brought the VF-22 with its damaged front wing back to the garage. 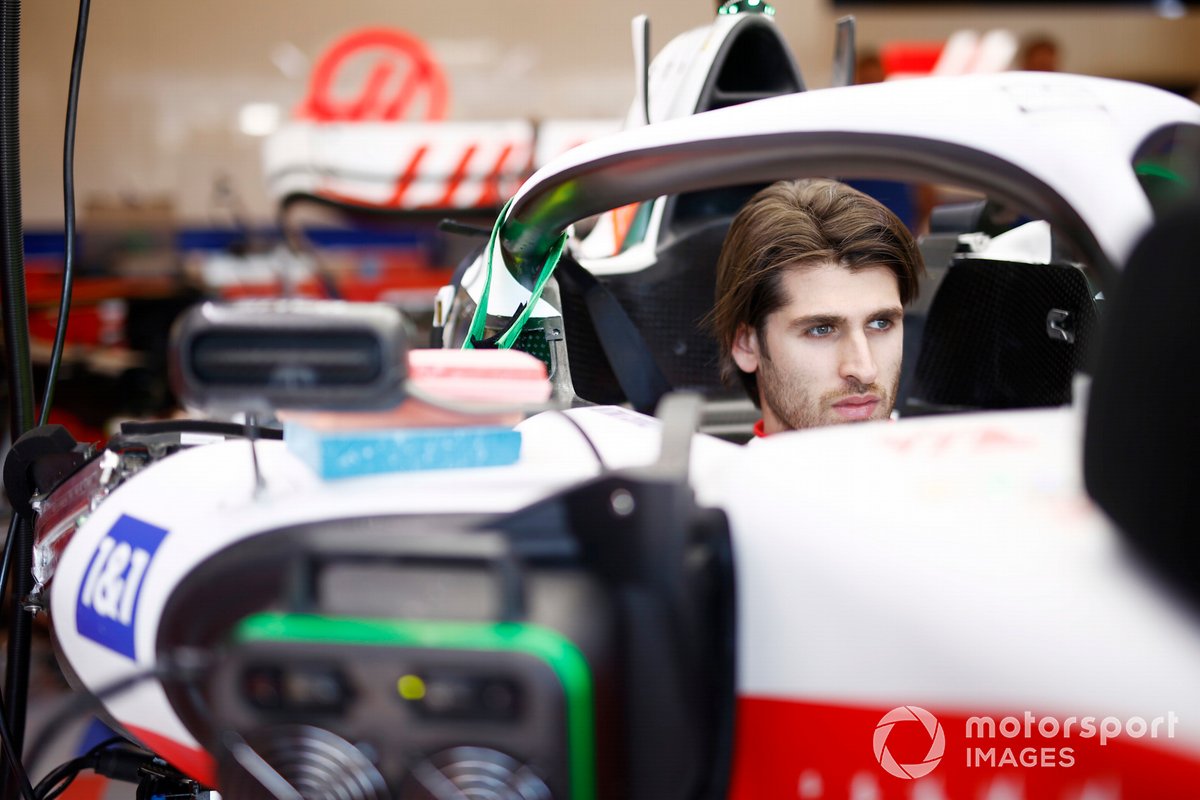 An overheated clutch and likely gearbox change meant Giovinazzi could not take part in the rest of the session - all as Haas continues to evaluate a team-mate to Magnussen for 2023.

After the four-minute interlude, Verstappen stuck to form in 2022 by setting the timing screens alight with his first lap as he guided his soft-shod Red Bull RB18 round in 1m38.272s.

Sainz fired back with a 1m37.462s at the halfway point of the session before Verstappen again came to fore until much of the field returned to the pits to create a lull.

Vettel did use that time effectively to split the leading pair in second place as Sainz stopped for a damage assessment after shedding bodywork when he clipped the kerbs in sector one.

With the final third of the hour approaching, Hamilton closed the W13 - featuring revised front and rear wings plus a tweaked floor - to within 0.2s of Verstappen.

Stroll, who had been particularly strong in the second sector to top the session briefly with 20 minutes to run, was shuffled to fourth but kept the Red Bull of Perez at bay - the Mexican 0.4s down on Verstappen.

Fernando Alonso, who held on to a massive slide out of the final corner, led Alpine in sixth over George Russell, Pierre Gasly and Lando Norris.

Vettel completed the top 10 ahead of Ocon, Zhou Guanyu and Alex Albon - the Williams driver struggling against considerable understeer in the first part of the lap.

Yuki Tsunoda ran to 14th ahead of Mick Schumacher and fastest rookie Shwartzman, who clocked 16th ahead of Alex Palou.

The 2021 IndyCar champion swapped for Daniel Ricciardo at McLaren but was limited to long runs on medium tyres and never bolted on a set of softs.

Sauber hot-shot Theo Pourchaire was 18th over Logan Sargeant, the American replacing Nicholas Latifi in the Williams for his home race as Giovinazzi propped up the order.