The FIA is commissioning a study that may lead to Formula 1 cars being fitted with temporary wheel covers during extreme wet running in a bid to improve driver visibility.

Heavy spray thrown up by the cars during wet running has been a problem in F1 since the era of sophisticated aerodynamics began, but the drivers have suggested the problem has become worse with the new ground effect cars that were introduced at the start of this season.

This reflects the aims of changing to such designs, as the turbulent air thrown back from the ground effect cars goes higher and wider in a bid to create closer racing by allowing drivers to follow each other more easily through corners.

In a statement summarising the topics discussed at the latest F1 Commission meeting, which was held at the Yas Marina circuit during the opening day of track action for the season-ending Abu Dhabi Grand Prix, the FIA outlined its plan to address the spray issue.

This is headlined by the possibility of cars being fitted with wheel covers in the worst wet weather conditions F1 can currently race in – where the use of Pirelli's extreme wet tyres is mandatory.

If the study indicates wheel covers would indeed reduce the spray for the drivers, they would be fitted ahead of any race start where extreme wets are mandated or during a red flag period after which the blue-walled tyres are fitted to the cars.

The FIA statement explained that "Driver feedback has suggested that there has been reduced visibility in extremely wet conditions with this latest generation of cars, which is a key determinant on starting, or needing to suspend sessions. 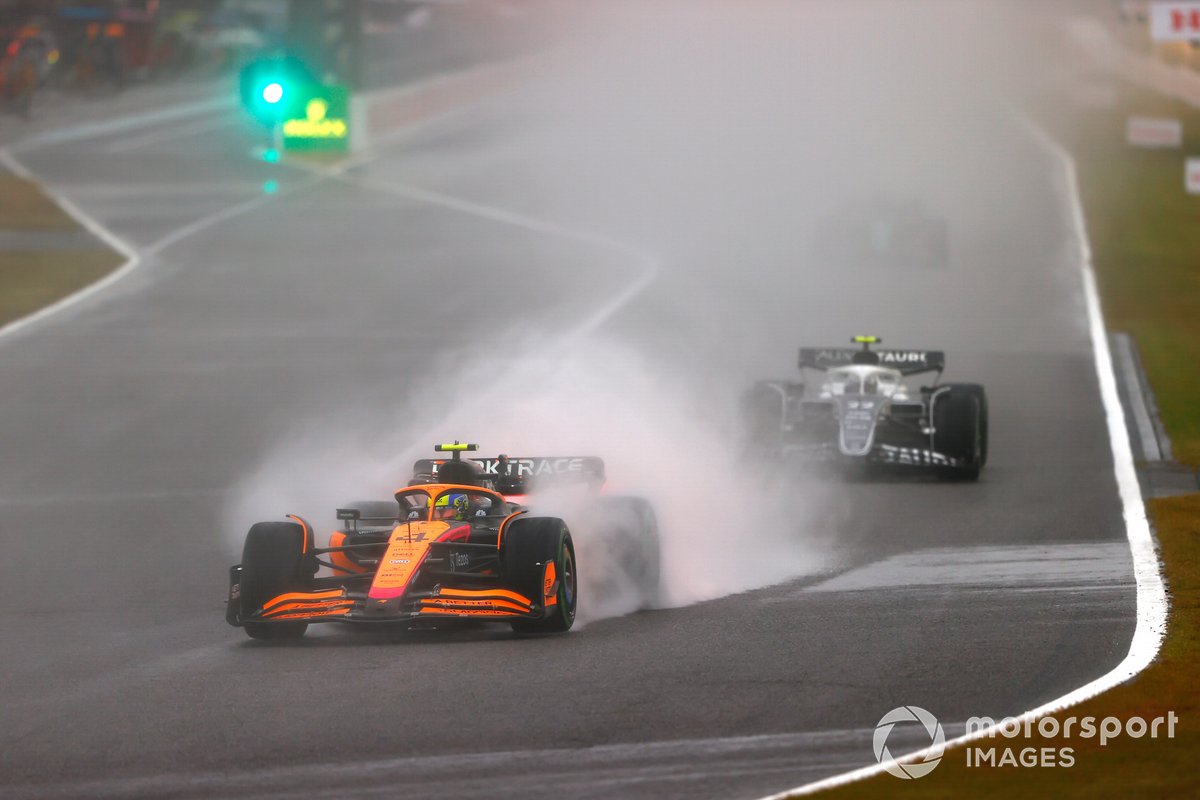 "Therefore, the FIA commenced a study to define a package of parts aiming to suppress the spray generated when running in wet conditions."

The FIA's study will also assess "the contribution of surface water picked up through the underfloor tunnels to understand its significance" to the existing bad spray problem.

It will also ensure that if wheel covers are introduced that they will not "unduly hinder pitstop tyre changes", per the FIA statement, while the benefit of fitting extra lights to the rear of the cars will also be assessed.