F1 to move away from knee gesture ceremony in 2022

Formula 1 will move away from knee gestures before each grand prix this year, as it wants its 'We Race as One' campaign to focus more on positive action.

Since the start of the 2020 campaign, F1 has set aside a specific time during the pre-race build-up for drivers to take a knee or any other gesture they wish.

However, while F1 will continue broadcasting a #WRAO video before the race, and branding will remain at circuits, the regular ceremony at a set time has now been dropped.

Drivers will still be free, however, to take any gesture they want in their own time.

Speaking about the decision, F1 CEO Stefano Domenicali told Sky F1: "We have to not have to do politics.

"But I think now it's a matter from gesture to action. Now the action is the focus on the diversity of our community. And this is the first step."

Domenicali said that a final decision on the matter had been taken, and he felt the pre-race ceremony that had featured for the past two seasons had served its purpose well.

"I think that the gesture has been already important for the ones that believed that it was an important gesture," he said.

"We need to respect everyone as always, but now is the time to move on and and take some other action."

Sky F1 reported that Lewis Hamilton, who has pushed hard for diversity, had been briefed on the plans. 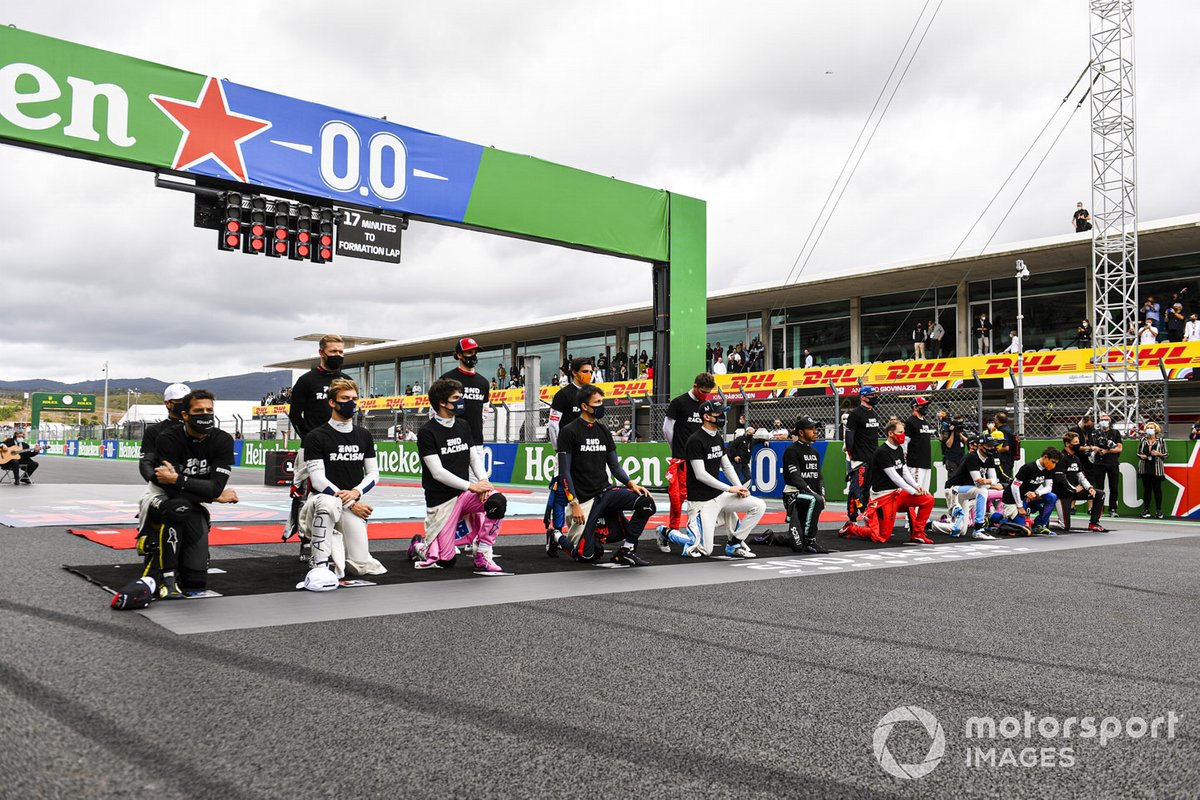 Reflecting on Hamilton's return to the public spotlight, having posted on social media at the weekend for the first time since the Abu Dhabi Grand Prix, Domenicali reckoned that the Mercedes driver would be fired up for 2022.

"From what I know and what I see, I saw the last picture of Lewis with the right positivity in his face and his gesture," he said.

"I think that is important because Lewis is an incredible asset, not only for our sport, but for the world. And Lewis, he has in front of him a possibility to be, you know, for the eighth time, a world champion.

"I'm pretty sure that he's totally focused on this objective because this year, there will be so many new things, so many new variables, and that will allow these champions to be so attractive.

"Going back to Lewis, I'm sure that he's totally dedicated to make sure that he can really have his chance to be for the eighth time the world champion."

Asked if he was worried that Hamilton would not come back, he said: "The discussion or what has happened in the last couple of weeks, it's part of the normal things that we do.

"There was a sort of total respect or what was his choice to be in silent mode. And I think that his battery will be fully charged for the start of the season."

As part of the actions it is taking to improve diversity, F1 on Tuesday extended its commitment to its engineering scholarship programme for under-represented groups.

Having been set up with a $1 million donation from former F1 CEO Chase Carey, F1 has agreed to extend it for a further four years until the end of 2025.

The programme has so far successfully supported 10 students who have begun placements at universities in the UK and Italy.

F1 is also looking at offering employment opportunities by offering apprenticeships and internships across its business.