The STR13 ended the first day of 2018 pre-season testing towards the head of the mileage rankings as Hartley logged 93 laps.

That was in stark contrast to Honda's performance with previous partner McLaren on the first test day last year, when the manufacturer discovered a major problem with its engine after just a single installation lap.

"It was a really positive day," said Hartley, who finished the day two seconds off the pace in eighth. "We had no issues at all.

"We stopped early because of the weather, almost icy conditions out there. But everything felt pretty good straight out of the box.

"Obviously we had a lot of test items that we didn't get to complete because of the weather but I think getting through 93 laps was a great start to the campaign.

"It was really, really positive, all things directed towards Honda. No complaints so far and we had a perfect day in terms of reliability."

Hartley, who made his F1 debut last year and contested four grands prix in Toro Rosso's Renault-powered STR12, went as far as suggesting the Honda power unit's driveability was better than that of any of his previous 2017-spec Renault engines.

Driveability was a recurring issue during Honda's miserable three-year stint with McLaren, and was particularly poor when Honda introduced an all-new engine in 2017.

"I don't know what I should say but actually the driveability is the best I've driven in the last two years in a Formula 1 car," added Hartley. 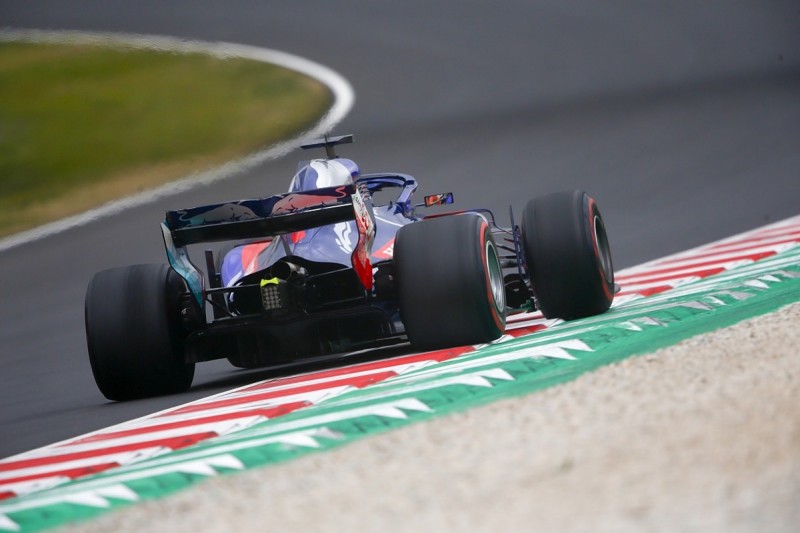 Asked if Monday's performance marked a promising statement from Honda, Hartley said: "I think it was.

"We were first out on track and, until the rain hit and we boxed, we'd done the most laps.

"We had no reliability issues and I think that's the target for Honda, especially for this first part of the season."

Team-mate Pierre Gasly, who will take over in the STR13 on Tuesday but has already driven the car during a filming day at Misano, said the positive start for the partnership came as no surprise.

"I knew that Toro Rosso and Honda worked really hard over the winter to try to make a package as good as possible," Gasly told Autosport.

"So they had to find compromises. We compromised in Toro Rosso, with the shape of the car, but also Honda [compromised].

"It wasn't only one way - 'OK, the car is going to be like this and you need to deal with it'.

"I think Toro Rosso did a good job in terms of communication with Honda and then we can see some positive outcome already."