McLaren's Fernando Alonso was the only driver to post a time during the third day of Formula 1 testing at Barcelona, which was affected by snow and heavy rain

Only five cars ventured out at all during the day, with Alonso completing the most laps with 11.

The start of the session was delayed by three hours due to overnight heavy snowfall, which continued through the morning.

While the track opened at midday, it was more than an hour before the first car appeared, with Alonso completing one lap.

Daniel Ricciardo's Red Bull was next to head out, and he reappeared shortly after for a second lap, which included a trip through the gravel. 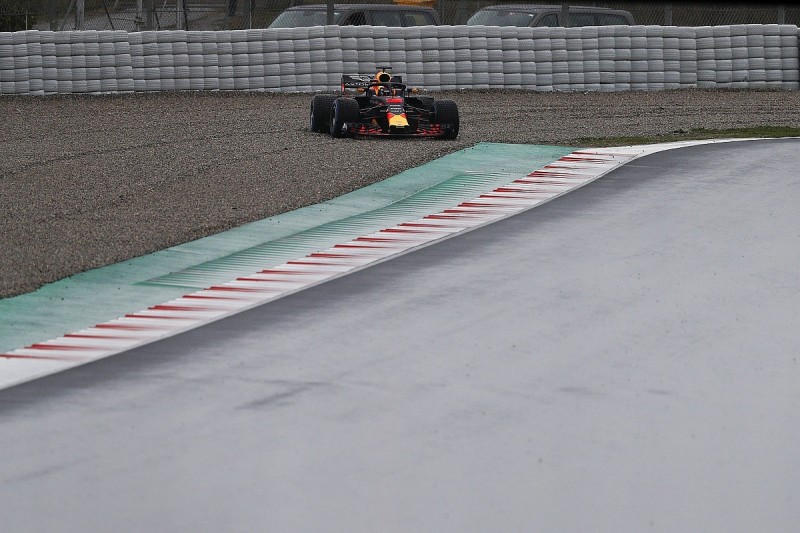 Marcus Ericsson, Robert Kubica and Brendon Hartley were the only other drivers to run, while towards the end of the day Alonso carried out "tests and checks" for McLaren with a series of one-lap appearances on track.

In the final 15 minutes of running Alonso finally stayed out for more than one lap, setting a 2m21.268s on full wets before returning to the pits.

He rejoined the track in the final couple of minutes, crossing the line just after the chequered flag flew to improve his time to 2m18.545s.

Teams have five days of testing remaining ahead of the Australian Grand Prix, with one more day this week and another four day test next week - when better weather is expected.