Valtteri Bottas set the fastest time of 2017 Formula 1 testing so far, to lead the way on the second morning of the second test

After a low-key Tuesday for Mercedes, Bottas catapulted F1's reigning champion outfit to the head of times on Wednesday morning with a 1m19.310s on super-soft tyres, which came just over two-and-a-half hours into the session.

That was a full 0.395 seconds clear of the Finn's best time from the first week of testing, which was set using the ultra-soft compound.

Bottas did try ultra-softs on Wednesday morning, but could only match rather than improve his best time.

Bottas and Massa led the way on mileage as well as speed, logging 69 and 63 laps respectively, before they hand over to Lewis Hamilton and Lance Stroll for the afternoon.

Kimi Raikkonen was third on a 1m20.406s set on soft tyres, his best time following a two-hour spell in the garage while Ferrari carried out a 'fluid systems check'.

That restricted Raikkonen to 37 laps, the least of all bar Red Bull's Max Verstappen and McLaren's Fernando Alonso, who wound up at the foot of the times, 3.731s off the pace. 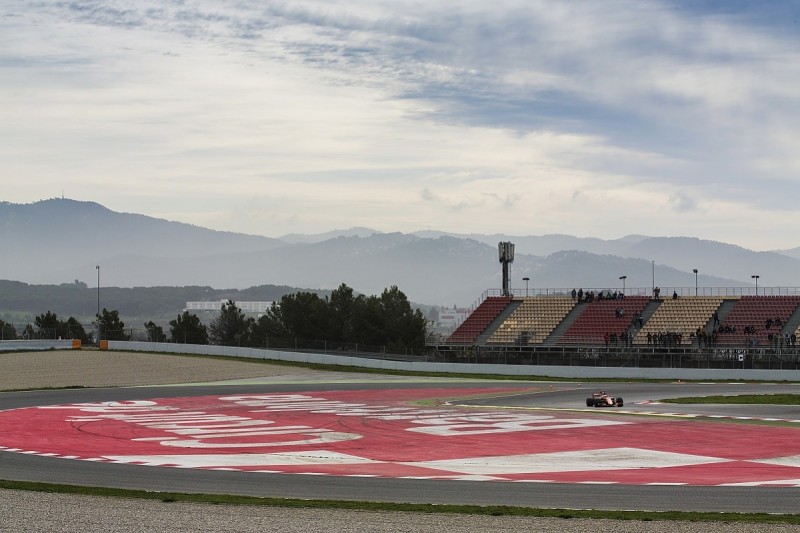 Although Alonso avoided a repeat of the Honda power unit troubles that plagued Stoffel Vandoorne on Tuesday and required an engine change during the day, he managed only 27 laps in the MCL32.

Verstappen still managed to set the fourth-fastest time on softs, 0.026s behind Raikkonen.

Nico Hulkenberg completed the top five with a best effort of 1m21.213s on super-softs, less than a tenth clear of Sergio Perez, who used the super-softs in the dying stages to vault to sixth.

That demoted the soft-shod Toro Rosso of Carlos Sainz to seventh, ahead of Romain Grosjean (Haas), Pascal Wehrlein (Sauber) and Alonso.