McLaren sitting out most of Formula 1 2018 pre-season testing's opening session due to Fernando Alonso losing a wheel was "no big deal", insists executive director Zak Brown

Alonso caused the Barcelona test's first red flag just six laps into his programme, as he was left stranded in the gravel after the right-rear wheel came loose on his new Renault-powered MCL33.

He was only able to return to the track minutes before the lunchbreak, and ended the session with a field-low 10 laps under his belt.

Brown did not go into detail on the problem that caused Alonso's off, describing it as a "wheel-nut issue" with an "easy fix", and said the disruption was no cause for alarm.

"I think all the teams will have a variety of issues throughout testing, that's exactly what it's for.

"We're going to lose very little time, so no big deal at all."

Early woes for McLaren conjured up memories of the team's disastrous start to testing with its previous partner Honda last year - but Brown insisted McLaren remained "relaxed" despite the early hitch. 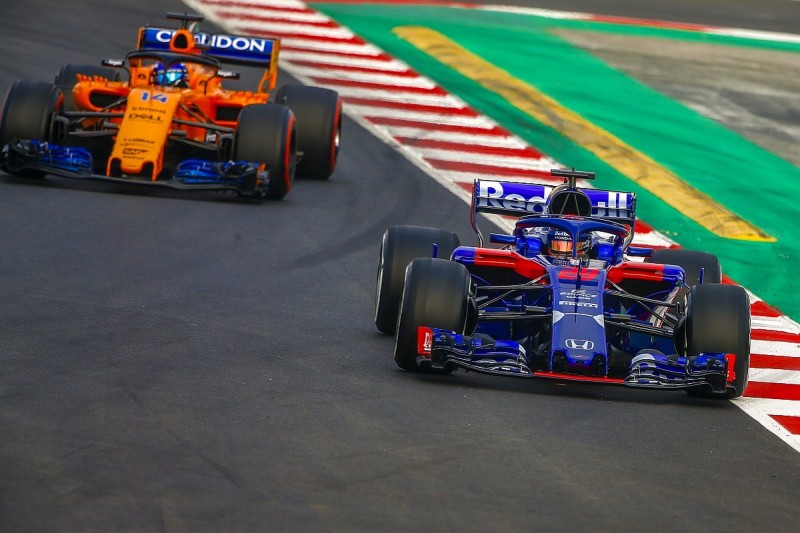 Asked whether the early drama in testing would be exacerbated by McLaren's recent record, Brown said: "No, there's no drama. In the garage everyone is quite relaxed, just getting on with it.

"I think this team is used to having public pressure and having eyes on us. We enjoy that, we like to step up to the plate and thrive on the opportunity.

"We don't feel any added pressure that we don't already put on ourselves.

"The mood in the team is great. Everyone is very happy to be at the race track. Everyone's back watching and staying tuned at the factory.

"Our shakedown went very well so everyone is very excited for the new season."

While McLaren propped up the mileage rankings, former supplier Honda enjoyed a productive day with its new partner Toro Rosso, whose STR13 was second-best in the session in terms of distance covered as it racked up 72 laps.

Asked about Honda's trouble-free start to life with Toro Rosso, Brown said: "I don't think there's a team in pitlane that's going to have a trouble-free season. I'm not sure there ever has been.

"We're paying attention to our programme. Obviously Honda, we wish them the best and Toro Rosso is a great team.

"But we're focused on our own programme and we're quite happy with where we are sitting here today."