Formula 1 teams are facing a tricky “game theory” strategy battle to succeed in the 2021 Turkish Grand Prix, according to Williams’ head of vehicle performance, Dave Robson.

Although race day at Istanbul Park has started in overcast and damp conditions, the grand prix is predicted at this stage to be dry, which increases the strategic dilemma for the teams.

The top 10 runners are all set to start on the medium tyres, apart from AlphaTauri’s Yuki Tsunoda, who will start on the softs, while the rest of the drivers are likely to avoid the red-walled softest compound as it did not prove to be particularly durable during practice.

But the short pitlane time loss at Istanbul – approximately 20 seconds in total – increases the possibility that teams will opt for two stops, with the final two stints completed on the hard tyres, to avoid a graining phase witnessed on the harder compounds during longer running on Friday.

At the same time, some competitors could opt to try a one-stopper if they think they can manage their rubber through the demanding corners on the 3.31-mile track – which are the sweeping, fast downhill Turn 1 left and the famous multi-apex Turn 8 – and maintain track position when cars on fresher tyres come back into play later on.

When asked what Williams’ predictions on tyre management and degradation meant for race strategy by Autosport, Robson outlined his belief that “it’s actually going to be tough [in the race]”. 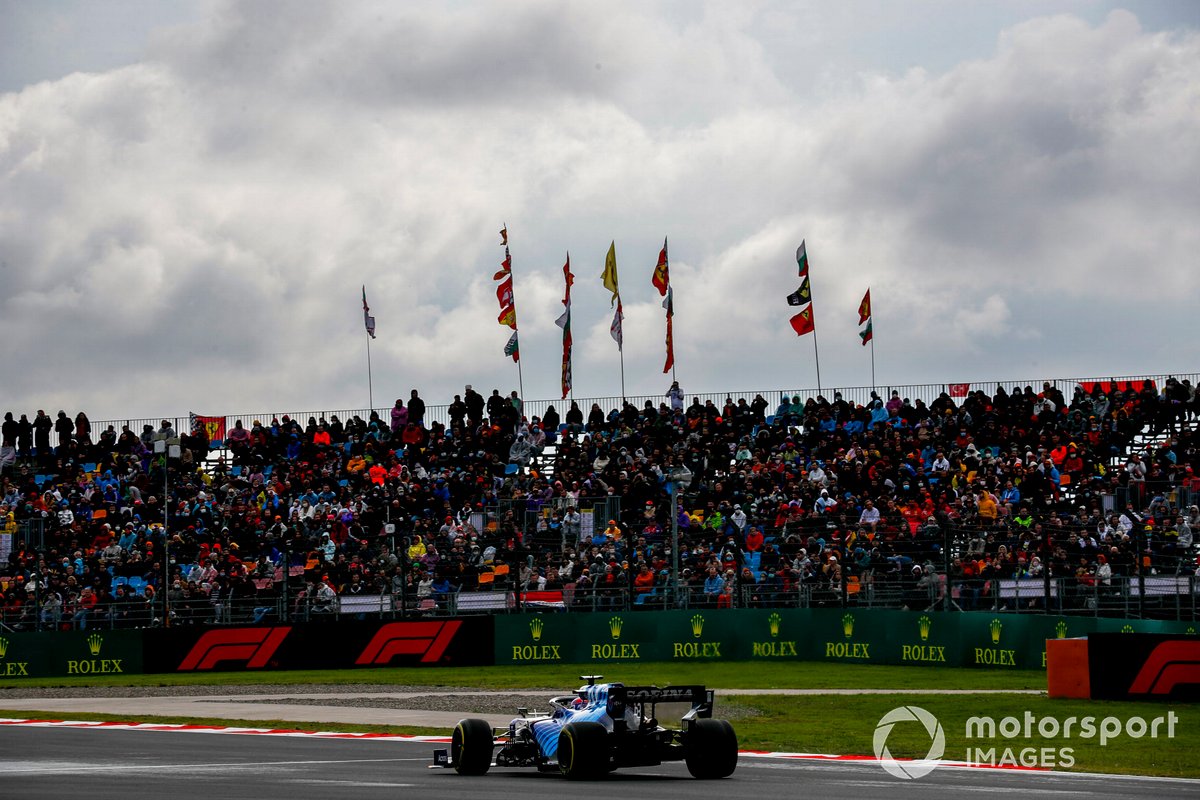 “So, understanding exactly how the tyres are going to work and how the drivers need to approach Turn 8 in particular is going to be a little bit of a voyage of discovery.

“I think we’ve got an idea of how they’ll behave on our car, and how other people will behave.

“We’ll form an ingoing plan from that, and then we’ll have to revise that live, but I think the way we saw everyone except Tsunoda go through on the option I think that tells you where most people’s heads are at with that qualifying tyre.

“So, I don’t see anyone using that apart from right at the very end if someone’s after the fastest lap maybe.

“Then how many sets of tyres you need to use of the prime and the option to get through, I think we’ve got to wait and see.

“And I think it will depend on how much time you’re prepared to give up in some of the corners to keep – probably the front right tyre in particular – alive and avoid running out of rubber completely.

“We’ll see what the conditions are like in the morning and then make a plan, but I think it’ll be one of those races where there’s some fairly live decisions to be made.

“I think it’ll be good fun, because you’ve got to respond not only to what your car is doing but what everyone else is doing.

“So, it should become a proper battle, a proper sort of game theory problem, which is always when it gets interesting.”

Adding to the strategic interest in Sunday’s race is Lewis Hamilton’s 11th place grid spot after his internal combustion engine-change grid penalty drops him from pole and Carlos Sainz Jr starting from the back of the grid after taking a fourth whole new power unit of 2021.

Mercedes and Ferrari showed strong pace in FP2, with the Black Arrows’ squad demonstrating a performance edge over title rival Red Bull at that stage and after qualifying Max Verstappen suggested it would tough beat polesitter Valtteri Bottas as a result of Mercedes’ long run pace and Red Bull not quite perfecting its car set at Istanbul.

But Mercedes has also suggested it could be tough for Hamilton to make quick progress through the pack, which increases the chances the team will use an interesting strategy in a bid to get him back into the leading positions.