Formula 1 teams have brought a handful of updates to Mexico in a bid to combat the challenge posed by the high-altitude conditions at the Autodromo Hermanos Rodriguez.

With the 2022 season winding to a close and the majority of teams now fully focused on developments for next year, few are bringing many new parts to races.

But there has been a big focus on cooling for this weekend’s Mexican Grand Prix as teams look to get on top of the high-altitude conditions that make it a race unlike any other.

The Autodromo Hermanos Rodriguez sits at 2.2km above sea level, comfortably making it the highest altitude race of the season. The next-highest track that F1 visits is Interlagos in Brazil, which stands at just 700m.

The thinner air and lack of oxygen means that teams face an increased challenge to keep their cars cool and prevent any overheating issues that could force unwanted retirements or problems.

Of the 10 new updates for teams detailed by the FIA in its usual pre-race technical document, just two of them were not related to improving cooling for the demands of the track in Mexico.

McLaren is running with some additional winglets on its rear brake duct assembly of the MCL36 car in a bid to increase local suction and therefore downforce on the rear corner assembly. 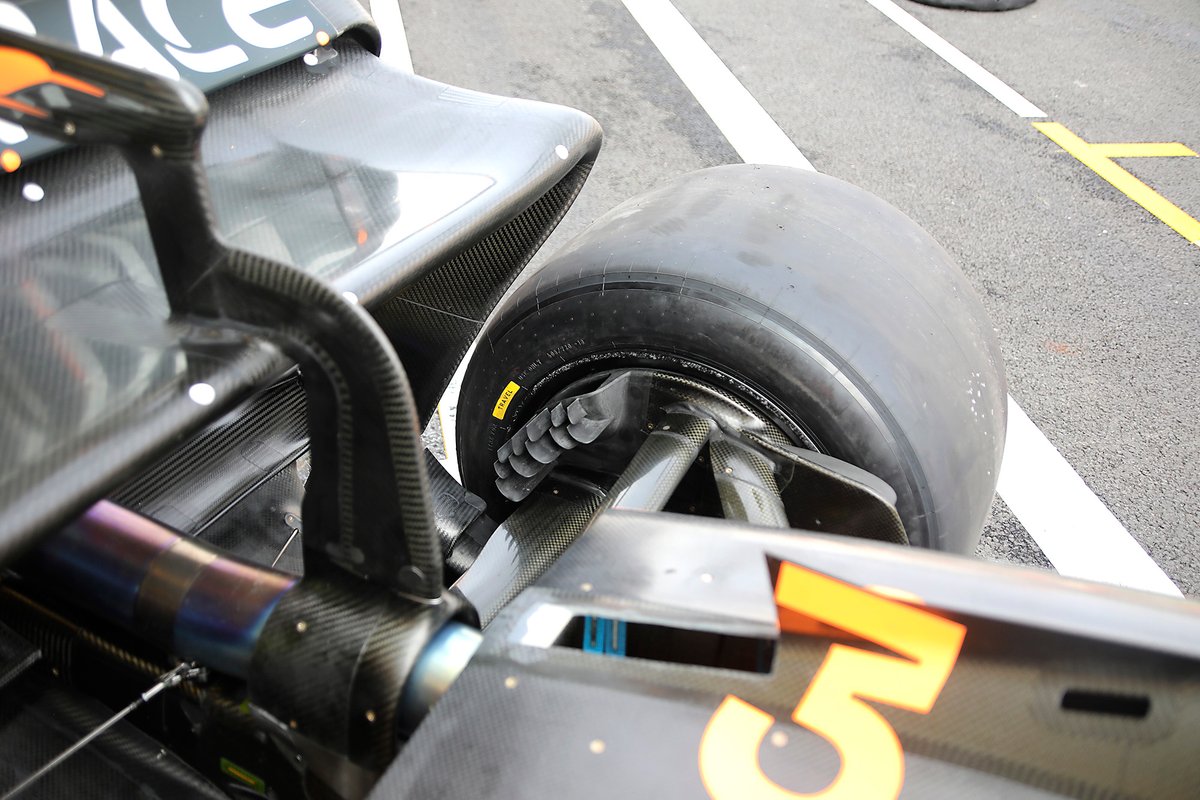 The only other performance upgrade comes courtesy of Aston Martin, which has adjusted the design of the lower edge of the rear deflector with the aiming of improving flow towards the rear of the floor.

Red Bull has enlarged the design of the top-body central spine on the engine cover, revising the exit geometry so there is an increased cooling capacity within the area.

Along with its new rear brake duct winglets, McLaren informed the FIA of three cooling upgrades for this weekend, adding more slots in the engine cover, installing some more cooling louvres and adjusting the coke exit gurney to increase airflow through the rear of the car. 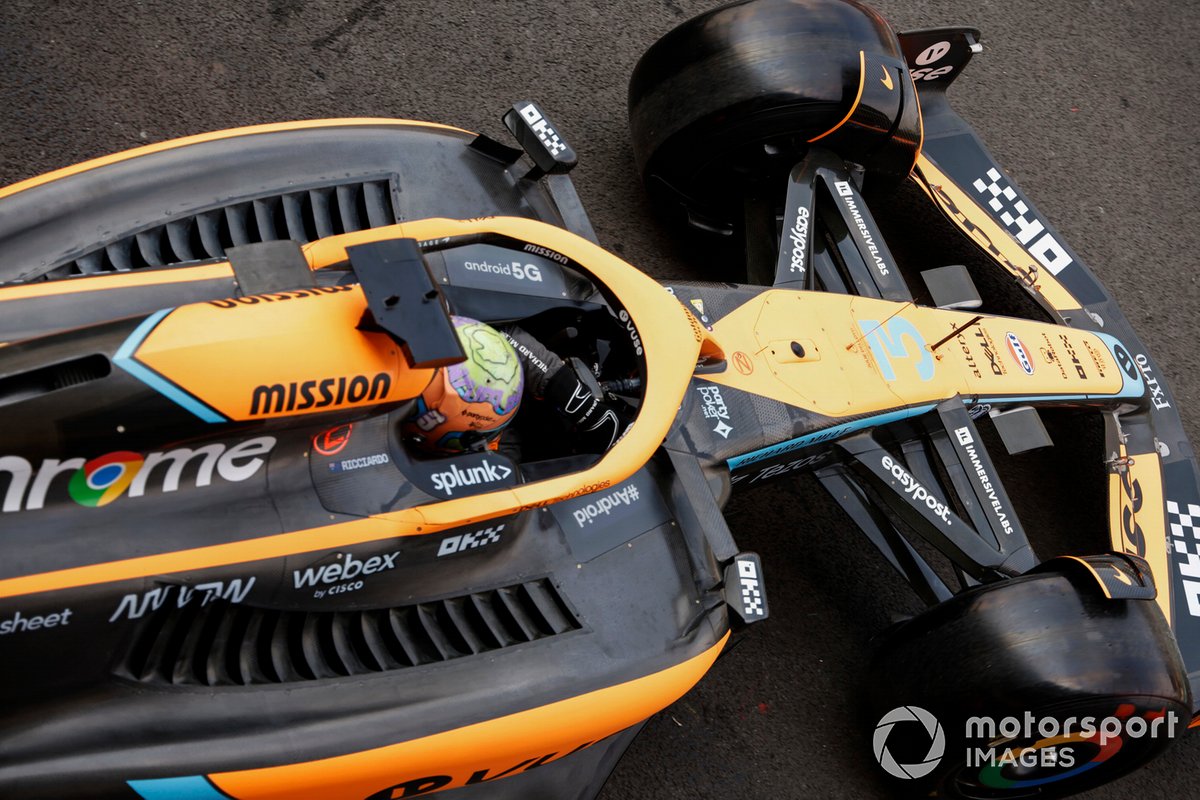 AlphaTauri has opted for three cooling-related upgrades for Mexico. The exit area of the front brake duct scoop has been enlarged on each of the front corners, improving airflow through to the brake disc and calliper.

It has also introduced some new cooling louvres, as well as opting for a redesign of the engine cover, enlarging the cooling exit by using a flatter and wider top deck that should again help rear airflow.

Williams also has some new cooling louvres for this event but said it would “only be used if required” given the detrimental impact on aerodynamic performance.

Besides cooling updates, Alfa Romeo informed the FIA that it had brought an update floor to this event with a reprofiled front geometry and modified cuts outs, although this was first spotted in Austin. 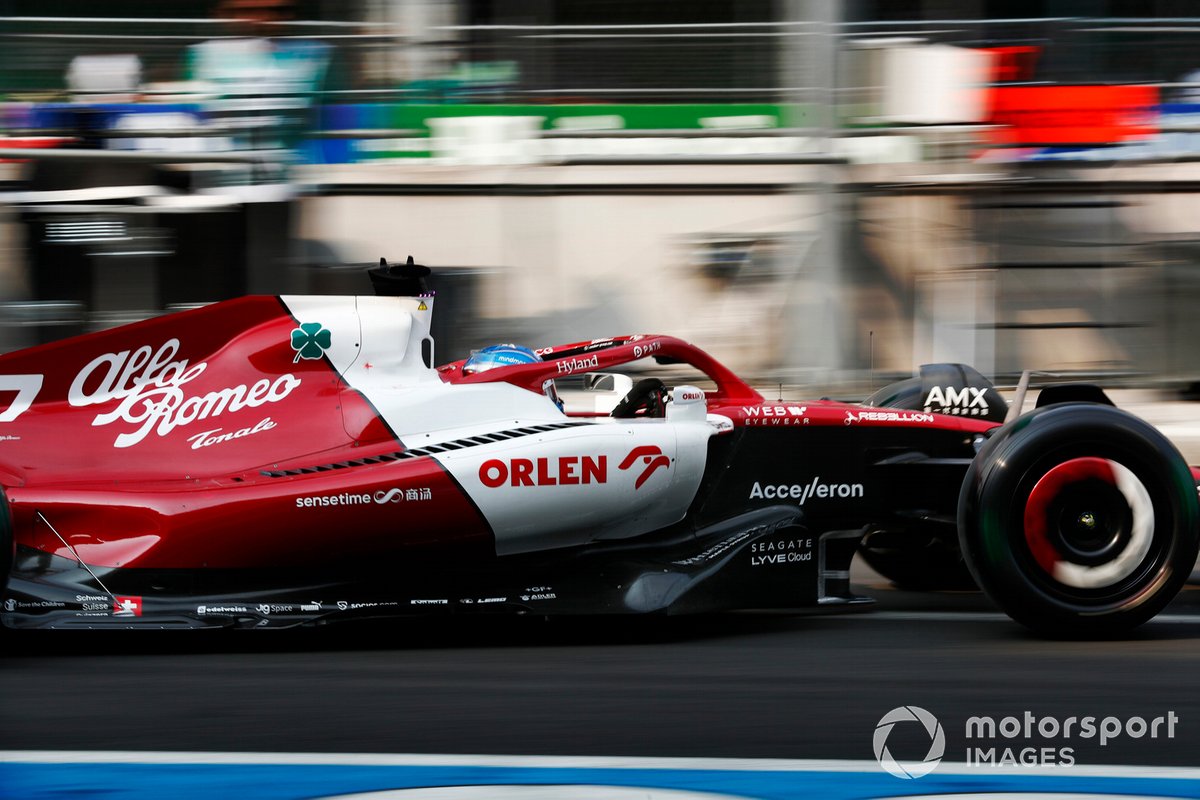 Mercedes also submitted that it had a new floor edge detail for Mexico, although this was only to be used as a test item on an older specification of floor for Nyck de Vries’ car in FP1.

On top of the cooling challenge that teams face in Mexico, the high altitude means all teams will be running high downforce packages this weekend in a bid to improve grip, with drag being far less of a problem due to the thinner air.