Sir Frank Williams is making a "slow and steady" recovery from pneumonia in hospital, according to Williams Formula 1 team CEO Mike O'Driscoll

Williams, who has been tetraplegic and in a wheelchair since 1986 following a car accident, was taken ill at the Italian Grand Prix at Monza in September.

Speaking at the Mexican Grand Prix, O'Driscoll said: "He's been a fixture in the paddock for so many decades now that it is strange not to have him with us.

"But he's had a tough time in hospital, he has contracted pneumonia.

"He is making a recovery, a slow and steady recovery.

"We hope to see him back in Grove very soon - we all know how determined he is."

His daughter and deputy team principal Claire Williams has missed the last few races, remaining in the UK to be closer to her father.

"We expect Claire to be back at a race, she has wanted to stay close to home, close to Frank, but in this modern world, you're never more than a phone call away," added O'Driscoll.

"So we stay connected, she is part of everything that happens on a minute by minute, day by day basis.

"We hope to see her by the end of the year, hopefully that will be [the final race] in Abu Dhabi." 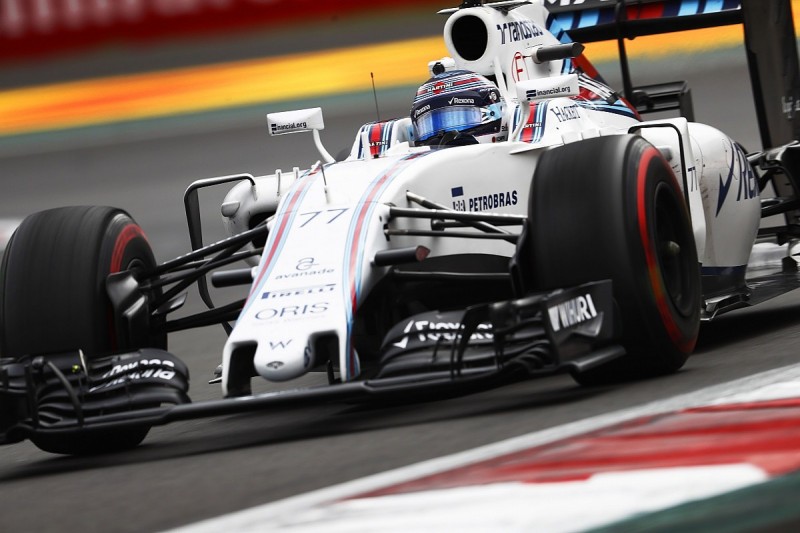 Williams, which won seven drivers titles and nine constructors' championships between 1980 and 1997, is currently locked in a battle for fourth with Force India, having finished third in the last two seasons.

"I'd like to give a lot of credit to Force India as they have done a superb job bringing the fight to us and making the battle more interesting than we would have liked," O'Driscoll said.

"It's also fair to say development of this year's car hasn't gone as well as we would have liked.

"All of the upgrades we have brought haven't been as effective as we would have wished.

"I also think we made an early decision to focus on 2017 development.

"We can play Monday morning quarterback and decide now to double guess, was it too early or too late, but we stand by the decision we made.

"We haven't given up the fight for fourth place and we intend to get it back in the remaining three races."

Lewis Hamilton plays down Ferrari threat to Mercedes in Mexico