Formula 1 plans to make a big push to boost interest in the United States this year, as it continues to evaluate a second race in the country

Liberty Media has long had ambitions to increase F1's foothold in the USA, and talks have advanced with a project in Miami to hold a race there.

While former CEO Chase Carey, who led those discussions, has been replaced by Stefano Domenicali, F1's new boss is equally eager to do more in America.

Speaking to selected media including Autosport on Thursday, Domenicali said that F1 was weighing up how best to fit in a second race alongside the current event in Austin.

"Miami is more advanced in terms of discussion, but there are others in other areas of the American country," said Domenicali. "But they are not at the level where I can say, 'yes, they are there' and I can anticipate something happening.

"I think that in the next couple of months we will decide what there will be in terms of possible discussion with regard to that country, and eventual rotation or stabilising with two [grands prix] that are fixed. So it's a work in progress." 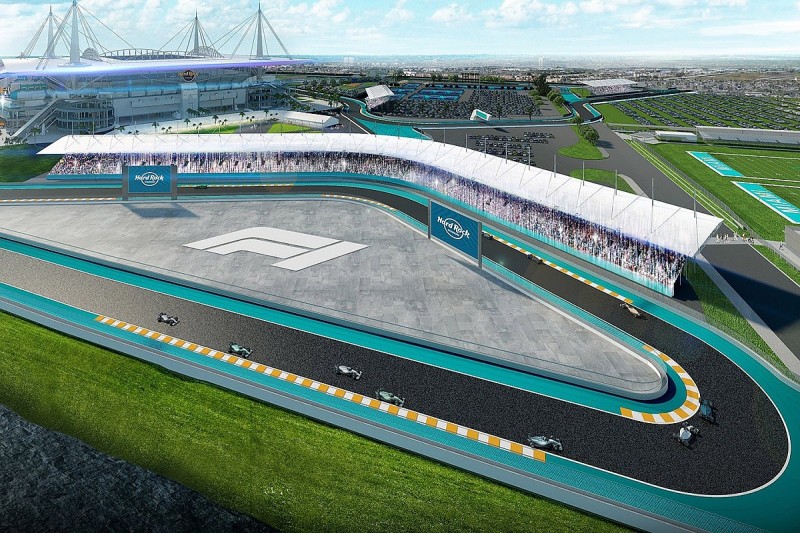 Domenicali said that one change that would take place in 2021, however, was the attention that F1 gave to raising the championship's profile in the USA.

He says that F1 needs to do more to keep itself in the spotlight the whole year round, rather than just in the build-up to the country's race.

"I can guarantee you there is now big interest in the USA with Formula 1," he said.

"What we don't have to do, in terms of a mistake, is that the US needs to be fed with F1 news every day.

"It's wrong to go there one week, and let's say you have an incredible push one week before the Austin race and then being silent.

"What we have is a plan of communication that is quite strong in the US. We need to hammer information with the right channels in a continuous way.

"It will take a lot of start-up time in terms of investment, but the payoff will be huge. So this is part of our strategic global communication campaign that we need to push this year."