The role of F1 officials came under the spotlight during the 2016 season, with drivers and teams raising concern about the consistency of penalties handed out.

Carlos Sainz Jr was the latest to voice that view after a clash with Jolyon Palmer in Abu Dhabi, while Ferrari questioned Sebastian Vettel's penalty for moving under braking while defending in Mexico.

On Tuesday, the FIA F1 race stewards met in Vienna to review the season and agreed that the consistency could be improved.

"We went through a lot of rules and looked at how we can work with the FIA to tidy up the wording, enabling us to take quicker decisions," said stewards' chairman Garry Connelly.

"We talked a lot about how we can achieve better consistency.

"We think that more meetings and more reviews of past decisions are necessary, so that we all understand how each panel of stewards is treating a particular situation, especially where it's necessary for the stewards to make a subjective ruling, on a dangerous driving charge for example.

"That is quite a subjective issue.

"These are obviously decisions that are made collectively but understanding how those decision can be made more consistent is valuable."

The implementation of additional review systems such as the one used by the German motorsport federation DMSB was highlighted as a good option.

"We looked at a system that the DMSB uses to review races," added Connelly.

"The stewards get together by video link to look back at incidents and discuss the decisions made.

"We thought that might be a good thing to do every three or four races." 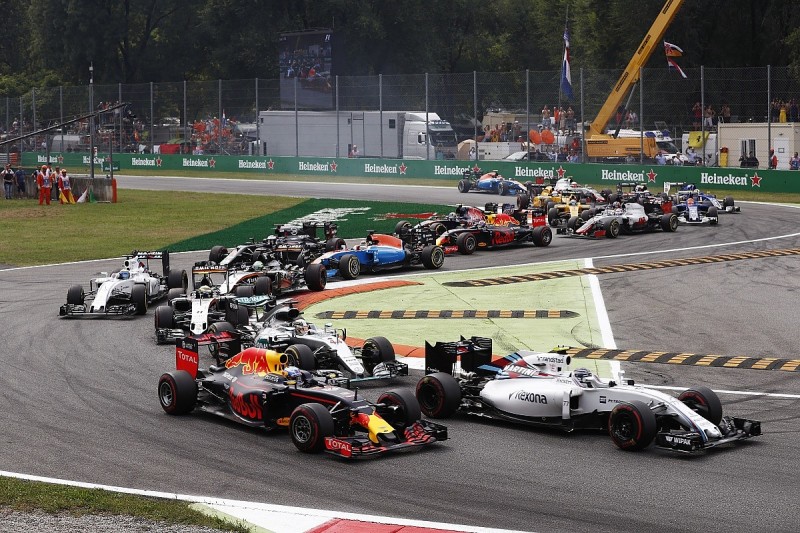 Track limits were the subject of discussion at the recent F1 Strategy Group meeting and Wednesday's World Motor Sport Council.

The most recent row over this subject broke out at the Mexican Grand Prix when Lewis Hamilton was not penalised for missing out Turn 2 on the opening lap and rejoining in the lead before going on to win the race.

However, Max Verstappen did get a penalty for going beyond track limits at the same place while defending third place from Sebastian Vettel later on.

Connelly suggested circuit modifications, such as the deterrents in place at Monza's first chicane, would be the best way to eliminate those sorts of scenarios.

"There are now probably only 11 or 12 corners across the whole championship where there is the potential for cutting corners in a very obvious way," he said.

"There are solutions that can be adopted to sort those issues out, such as the solution that has been adopted for Turn 1 in Monza, where if you do go off there is a natural penalty in that it takes you longer to rejoin than if you had used the circuit.

"That makes it a lot easier for the stewards as the penalty is applied on track."