F1 president and CEO Stefano Domenicali revealed last week that sprint races were being considered as part of a format change for certain races this year, with the plan being discussed with teams at the latest F1 Commission meeting.

In a meeting that also led to teams agreeing on an engine freeze from 2022, progress was made on the sprint race proposal as teams were receptive to the idea.

In a statement issued by F1 and the FIA following the meeting, both parties confirmed that a working group would be established to further the plans before a final decision is taken on the format change.

"All teams recognised the major importance of engaging fans in new and innovative ways to ensure an even more exciting weekend format," the statement reads.

"There was, therefore, broad support from all parties for a new qualifying format at some races, and a working group has been tasked with creating a complete plan with the aim to reach a final decision before the start for the 2021 championship."

Teams are understood to want clarity on various details of the proposal, including points weighting, possible prize money and how it would impact driver contracts.

F1 is planning to hold 100km sprint races at select events, with Canada, Italy and Brazil understood to be the rounds it is targeting for the 2021 season.

F1 would still hold qualifying as normal, but moved to Friday to set the grid for the sprint race. The result of this would then set the final starting grid for the grand prix on Sunday.

Thursday's meeting also included F1 informing teams of plans to add the Portuguese Grand Prix to the calendar in the current TBC slot on 2 May, as revealed by Autosport earlier this week.

The move means F1 will abandon back-up plans to hold multiple races in Bahrain to start the season, and leave Imola on its existing 18 April date. 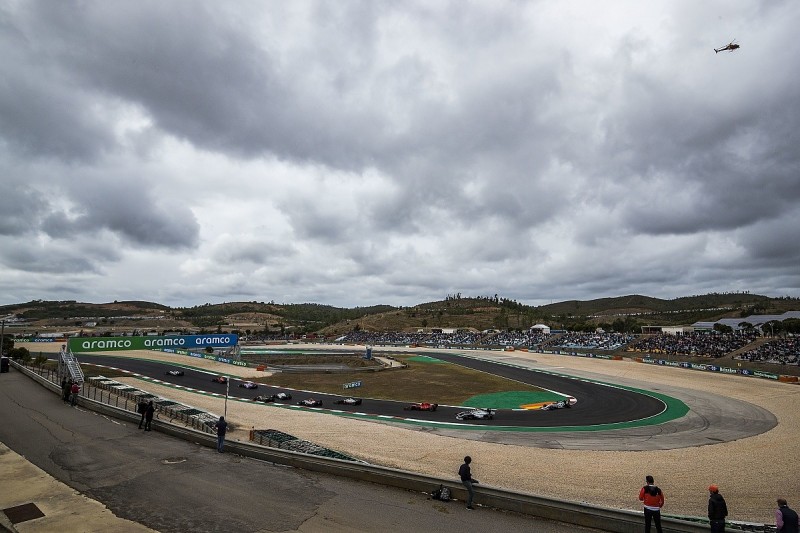 The deal is still pending a final agreement with the race promoter in Portugal.

"Robust COVID-19 protocols enabled Formula 1 to run 17 events in 2020 and will enable us to run a world championship again in 2021," the statement reads.

"While changing circumstances may require flexibility, the FIA and Formula 1 are working at all levels from government to local organisation to ensure that the calendar goes ahead as planned."

A further regulation change that was confirmed for the 2021 season was an expansion of tyre testing, aiding teams ahead of the switch to 18-inch wheels under the new technical regulations next year.

Pirelli submitted a request to the FIA for the number of test days to be increased, with unanimous approval being given to rise the total from 25 to 30 days.

F1 and the FIA also confirmed that plans for a possible driver salary cap were discussed, which led to agreement for another working group to be formed to explore the idea further.

"As 2021 sees the introduction of a cost cap for the first time in Formula 1, various topics around controlling costs and how this overall objective can be achieved over the coming years were tabled during the meeting," the statement reads.

"As part of this, a working group will be created - including the drivers themselves - to discuss the topic of driver and senior team management contracts."