Formula 1 is to look again at the idea of making sprint races standalone events, rather than deciding the grid, in a bid to make them more exciting.

This weekend’s third and final sprint event of 2022 has reopened the debate about the attraction of sprints.

World champion Max Verstappen has, in particular, been especially critical about the concept as he has long argued against the shorter Saturday races.

He reiterated his stance in Brazil on Thursday when he said one of the big negatives of the sprints was that drivers were reluctant to risk too much for fear of dropping down the grid for Sunday’s main race.

“Honestly, I'm just not a big fan of it because I feel like we don't really race,” he said.

“There are a few points that you get, but you also know that you can't really risk it because the main race is where you really get the points. You don't do a pitstop, so you just put on the tyre which will last the distance, right?

“With these cars, probably the racing is a little bit better. But, overall, you don't really see a lot of overtaking unless there is a car out of position. So then, yeah, it's not really that fun for me.”

F1 only recently got the go-ahead for six sprint races for 2023, and has now begun the process of working through planning for those with the teams and the FIA.

As well as finalising the location of the sprints over the next few weeks, it is understood that F1 plans to discuss the idea of making the Saturday event completely standalone.

That means it will be only for points, with the grid for the main grand prix on Sunday most likely being decided by Friday’s traditional qualifying session.

Haas driver Kevin Magnussen said that such an idea would be a good thing in allowing drivers to push a bit more.

“Max has a good point that the risks that you want to take in the sprint are less because it decides the position for Sunday,” he said.

“So I think maybe a good tweak could be to separate that, so you can go for it.” 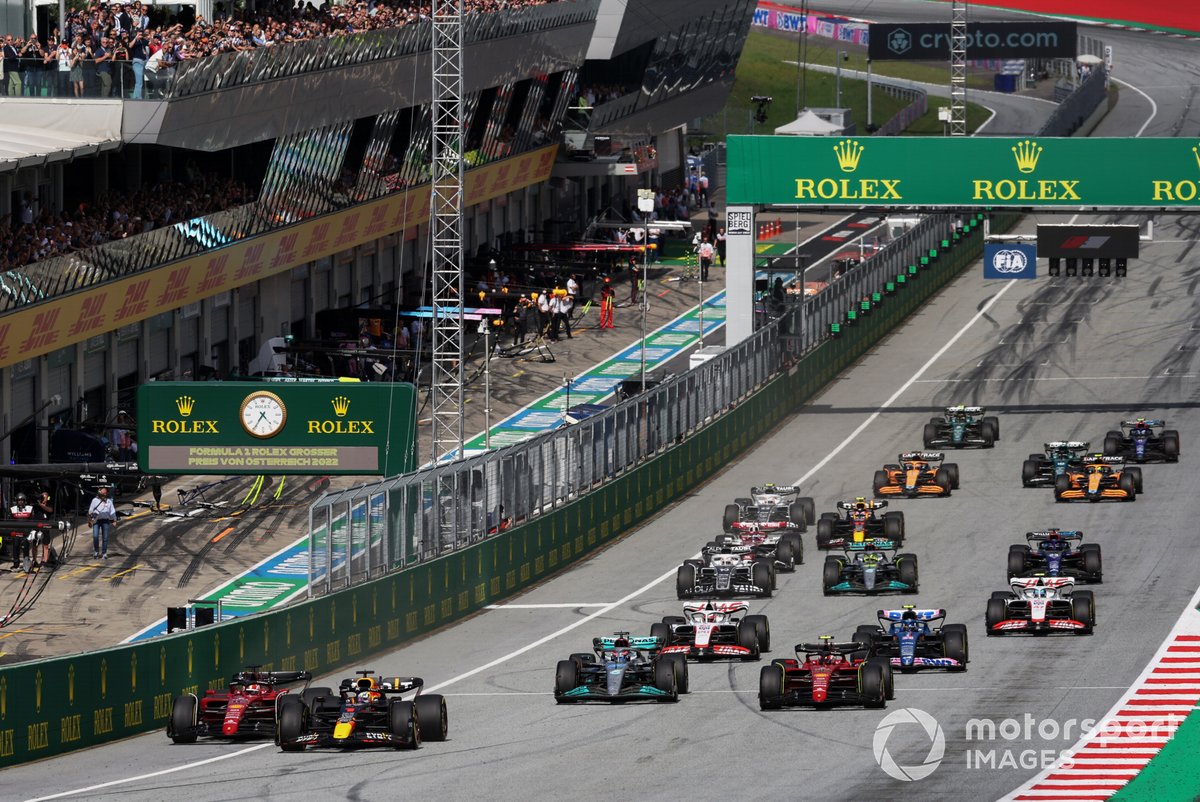 F1 managing director of motorsport Ross Brawn said after the first ever sprint at Silverstone last year that drivers had already been pushing for a standalone – and that the championship was open to making it happen.

“I think that will be probably the key issue, whether we make another step and make it standalone,” Brawn said in an interview at the time.

“As you know, [Sergio] Perez dropped out at Silverstone [in the sprint] and then obviously his Sunday race was heavily compromised. So should we determine the starting order on Friday for both Saturday and Sunday?”

Verstappen made it clear that he was open to discussing ways to make the sprints better.

“I know that of course we will have six next year,” he said. “But, I mean, we can come up with things to discuss if we want it in a different way to maybe make it a bit more exciting, at least for me. But we'll see.”