Formula 1 sporting director Steve Nielsen says that the organisation is aiming to produce a “perfect calendar” in future seasons by trying to optimise the regionalisation of races.

Grouping events so that the schedule makes more sense logistically has been a key aim of F1 as it tries to bolster its green credentials by reducing its carbon footprint through streamlining of both freight movement and personnel travel.

The conclusion of the 2022 calendar, with Brazil followed immediately by Abu Dhabi – some 15 hours away by air – is a classic example of how the current schedule contains some anomalies.

Nielsen says such problems will be addressed in coming years, but he admits that it will take time.

“And we're iterating gradually towards that each year, moving an event here or there by a week. So there's a strategy to get from where we are now, which we're not happy with, to a much happier place in a few years’ time. But it's a gradual process.”

Nielsen admitted that F1 is boxed in by existing race agreements that are tied to particular dates.

"It's a journey,” he said. “As I'm sure you appreciate, we don't start each year with a blank calendar, we don't have the freedom to put races exactly where we would like to put them.

“Some of our promoter deals are historic, long-running. And they have clauses in them that don't give us the freedom perhaps that we would like, so we have to work closely with those promoters and cajole and persuade them that we need to change things. And I'm not going to go into which ones they are, that wouldn't be right. 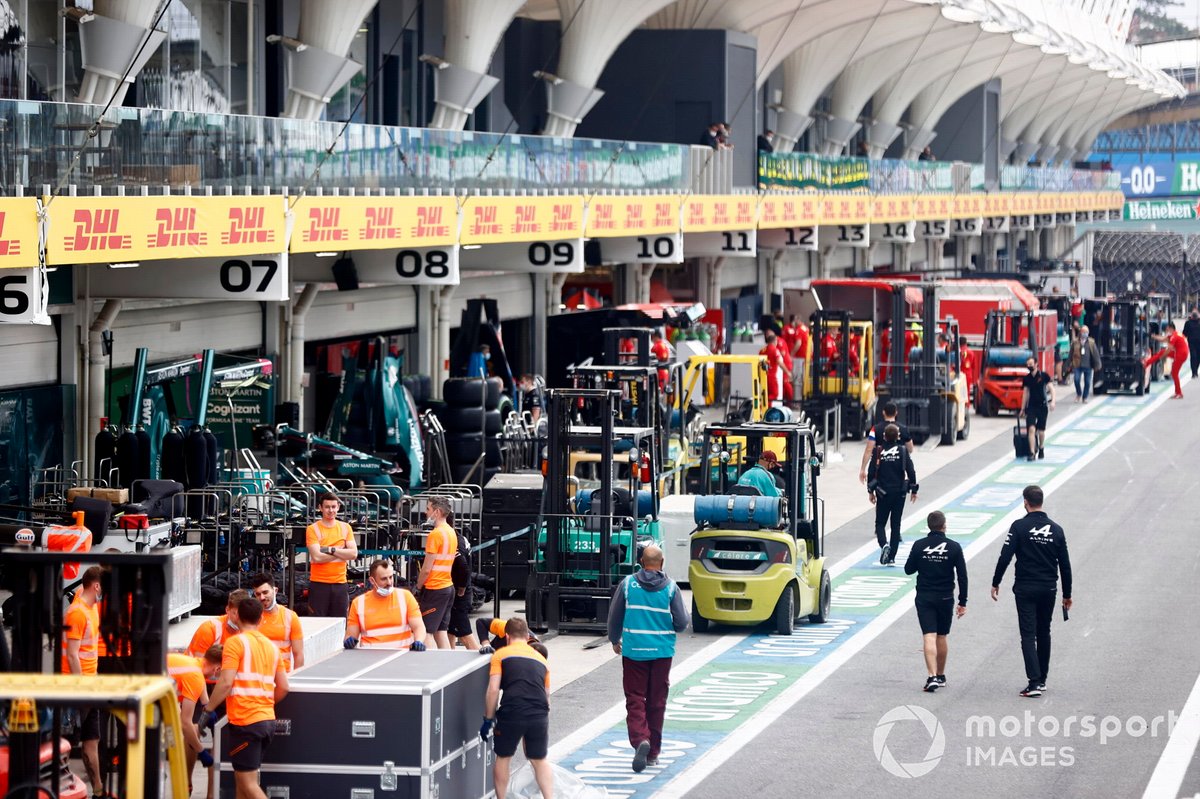 “But it's not only problems there. there are other reasons why people don't want to have a race at a particular time of year. It might be weather-related, it might be because a particular weekend has another important event going on in the country at the same time.

“So there's a myriad of kind of influences that determine it, and it will take some time to get to. I think the important thing is that that journey has now begun. We understand and appreciate the benefits that will come from regionalisation.”

Nielsen noted that there are still lingering effects of COVID that impact the schedule in a logistical sense.

"I really look forward to the day when we can stop talking about it, but the effects of COVID are still with us even logistically,” he said.

“There are one or two races that are not where they would normally be because of the effects of COVID, and we're still kind of coping with that, and it's part of the journey I was talking about when we iterate the calendar.

“Those of us that get on an aeroplane regularly can attest that even just moving yourself around is not as straightforward as it used to be, never mind cargo, whether it goes by air or by sea.

“I don't know, to be honest, how much of that is COVID-related, but the world generally is not as easy to move about in, whether it's a person or a box. as it was pre COVID.”

How Magnussen pulled off a shock F1 pole in Brazil