Max Verstappen, running a new Honda power unit, which means he will start the Sochi race from the back of the grid, ended up down in sixth behind Pierre Gasly, Lando Norris and Esteban Ocon.

As discussions between F1, the FIA and the teams continued over the impact of the expected heavy rain on Saturday, most of the pack hit the track immediately as the one-hour session began to make the most of what was likely to be the final dry running before Sunday.

Daniel Ricciardo was the only exception as the Australian missed the opening third of the session as McLaren worked to change his car’s engine to a previously used unit after detecting a problem with the engine he had been running in FP1 over the lunch break.

Kimi Raikkonen posted the first time of the session – 1m37.019s on the medium tyres – before he was soon deposed by Pierre Gasly and Carlos Sainz Jr, who were also running the yellow-walled rubber.

Charles Leclerc then used the soft tyres to go quickest as the first five minutes ended, the Ferrari driver beating his team-mate with a 1m35.508s.

Valtteri Bottas, also running the mediums, then moved ahead on a 1m35.298s, before Leclerc edged ahead again with a 1m34.925s as his run on the softs continued.

At the 15-minute mark, with most of the pack back in the pits, Fernando Alonso used the softs to go quickest on a 1m34.762s.

After 20 minutes had passed, Verstappen and the two Mercedes cars started their qualifying simulation efforts, with Bottas leading the trio around. 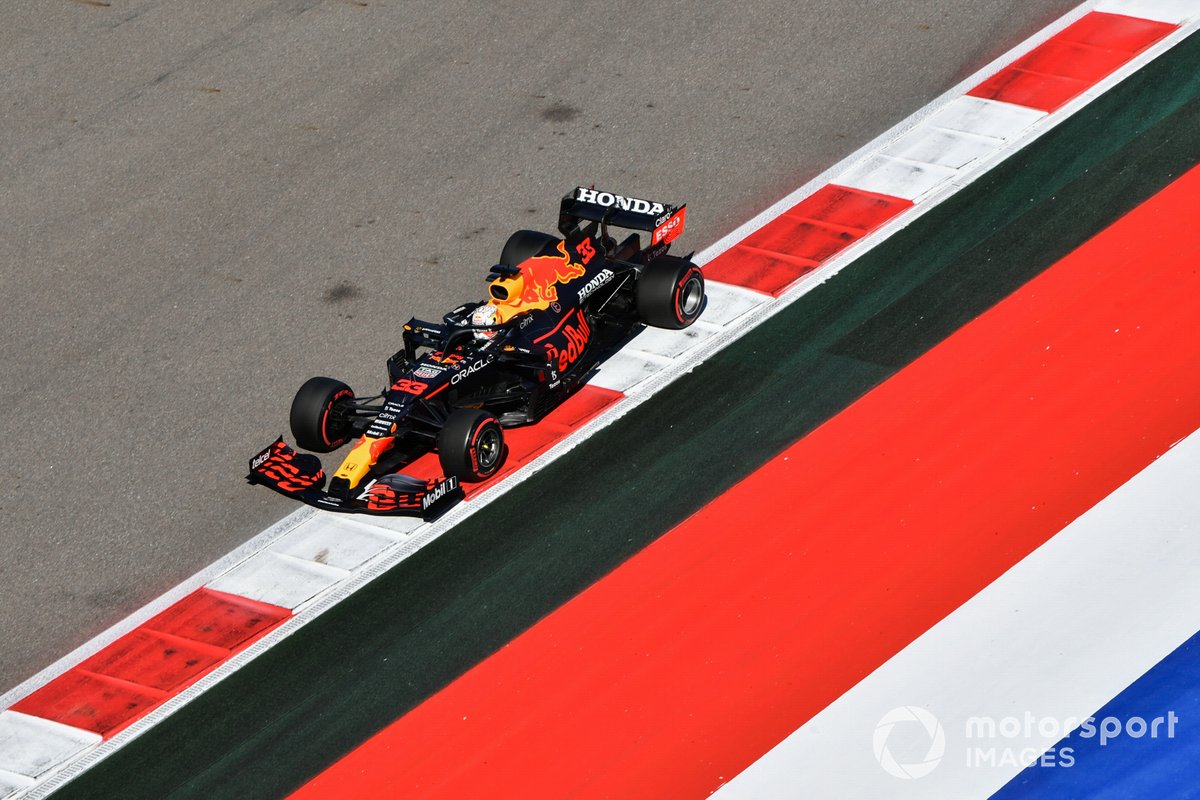 Hamilton, who had knocked over Mercedes’ front jack operator when he returned to the pits after his early running, the W11 overshooting its marks as it had been left with its ‘magic’ brake-bias-altering system still activated by the world champion when he braked entering the pitbox, was the last of the trio to go for a soft-tyre flying effort.

He was ahead of Bottas by a tenth in sector one, where he sit the session’s fastest time, but lost time to his team-mate over the remaining two-thirds of the lap – Bottas and Alonso ended FP2 with the fastest times in the second and third sectors respectively – and ended up 0.044s behind.

Just after this, Leclerc half-spun his SF21 out of the high-speed Turn 8 after putting his right-side wheels onto the astroturf strip behind the kerbs at the exit of the corner, but he was able to gather things up and continue without issue – Sergio Perez dodging around the Ferrari as he arrived on the scene a moment later in his Red Bull.

The session was well into the traditional FP2 long-run data-gathering exercises in the second half when proceedings were halted by Giovinazzi’s crash.

The Italian had a very similar slip to Leclerc at the same corner, but he spun off backwards at high-speed and crashed into the barriers behind the Turn 8 runoff, which destroyed the rear-end of his car.

Giovinazzi began to drive away from the incident but was ordered to stop by Alfa as he was “losing parts” and, with the barriers he had hit also needing to be rearranged, the session was therefore stopped. 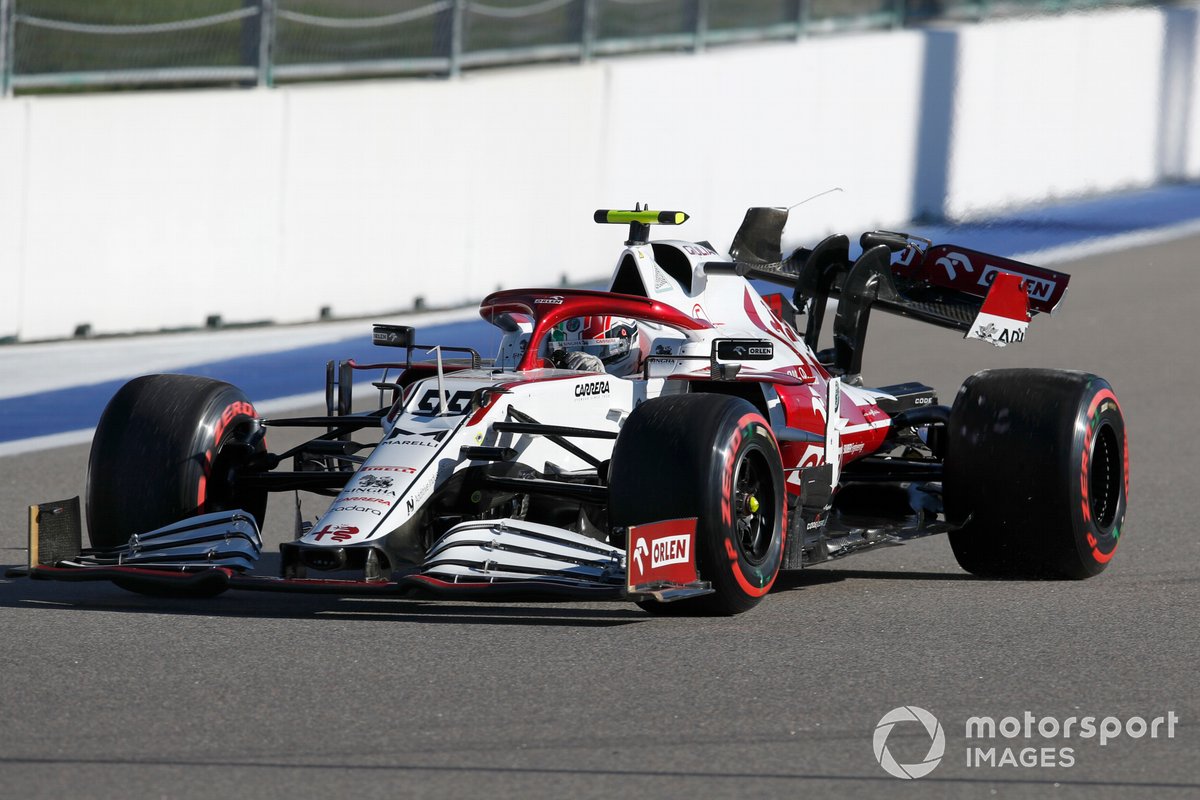 It resumed after a 10-minute delay and the long-run efforts resumed, during which Verstappen complained about the top-speed of his FP2 set-up and Hamilton at one stage slid along the raised ‘sausage’ kerb exiting the Turn 10 right that leads onto the meandering back ‘straight’ after carrying too much speed into the right-hander.

Gasly had forged ahead of Norris as the qualifying simulation efforts concluded, ending up 0.252s behind Bottas’s best time.

But the AlphaTauri driver’s session ended dramatically when his front wing broke off after he had bounced hard over the sausage kerb at the second apex of Turn 2 while following Ricciardo in the closing minutes and the Frenchman had to tour slowly back to the pits.

With Ocon getting ahead of Verstappen to take fifth with his best time on the softs, Sainz ended up seventh, while Alonso was shuffled back to eighth.

Sebastian Vettel was ninth and Leclerc rounded out the top 10, ahead of Perez and Raikkonen, who at one point during the red flag period reported he was still feeling discomfort from getting something in his eye during FP1.

Ricciardo recorded the least amount of laps of any driver as result of his late start to FP2, the Monza winner ending up down in 17th ahead of Yuki Tsunoda and the Haas pair.