Valtteri Bottas concedes Williams has been outdeveloped by its Formula 1 rivals this season, with a number of the upgrades it has brought failing to deliver the expected gains

Williams outdeveloped all of its F1 rivals in 2014 and kept pace last year before tailing off towards the end of the season. In both years, it finished third in the constructors' championship.

This year, it has failed to match those achievements and as a result finds itself fourth overall and facing a real challenge from Force India to maintain that place.

"We have not been 100% satisfied with the development in terms of improvements and upgrades for us as a team," Bottas told Autosport.

"Some of the other teams have outdeveloped us a little bit, which has now put us under pressure from Force India.

"But this is Formula 1, it's competitive and it's tricky to be running up front.

"The main thing in the second half of the season is we start maximising 100% from the car, which maybe some races we have been struggling to do." 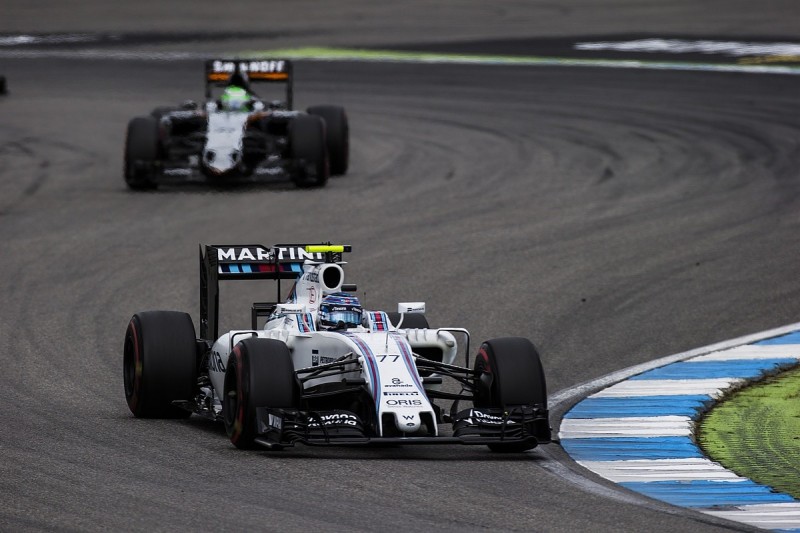 Williams has stopped development on this year's FW38 with full focus on 2017, ahead of the major regulation changes, although there are a few more upgrades to come between now and the Singapore Grand Prix, as they were already in the pipeline.

Deputy team principal Claire Williams admitted a drop in form was "inevitable" but said there is no need to panic.

"Before we start panicking 'Williams is in disarray or heading back to where we were', this is just sometimes a consequence of the field tightening up under stable regulations," Williams told Autosport.

"But we have made a few errors over the past few races and I think that is only natural when you are trying new things.

"We know what the issues are, the engineering team have been quick to identify where the problems have come from and are dialling things backwards a little bit, before we start bolting on new bits.

"We're not happy with where we are at the moment, but it's probably something that is inevitable in F1.

Who holds the key to the F1 driver market?