Domenicali also gave the first official indication that the third sprint test event of 2021 will take place at Interlagos, following the first trial at Silverstone and the second one lined up for Monza.

While Brazil has long been earmarked for the third sprint, F1 had shied away from formally confirming it, because doubts remain over the second half of the calendar, while other venues have also indicated an interest in holding a sprint.

The F1 boss also revealed a new special award offered by F1 sponsor Crypto.com, backer of the sprint events, will be announced later this month.

"First of all, when we talk about the sprint format, the idea was to offer something different and new that we can offer to all the stakeholders in F1," he said in a call with Wall Street investors.

"At the end of this complete test, we're going to have a plan to see what will be the next step.

"What I can already say is that after the first sprint event in Silverstone, the response that we have, from the drivers, from the teams and the media, has been really positive.

"And also for the promoter, because if you think that every day, we had something new to say.

"People coming to the track on Friday were really tuned in for the first qualifying already on Friday. So the outcome of the first event has been dramatically positive, and it's great because that's brought attention, interest to TV, and also partners, because thanks to that we have brought in, for example, Crypto.com. And so we have already seen our financial influence being positive." 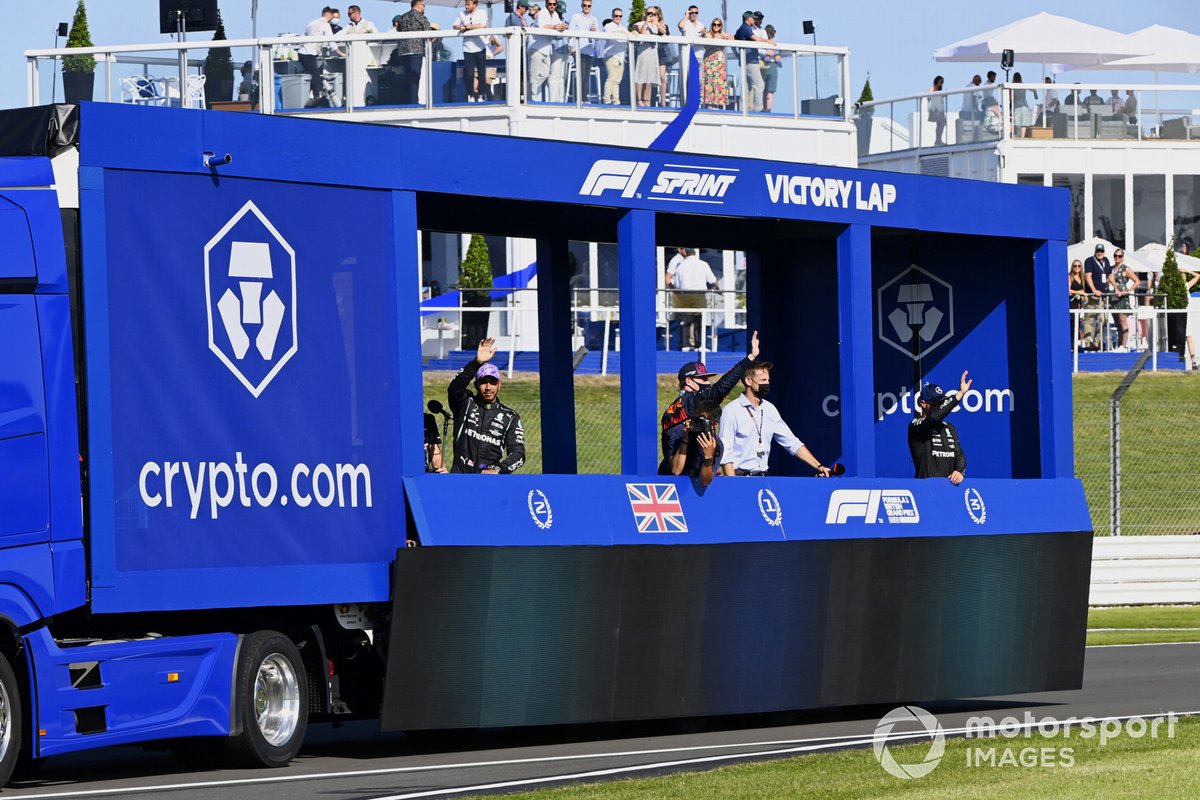 Domenicali also made it clear that there are no plans to introduce sprints at every race weekend, as some venues are not thought to be suitable.

"We're going to have a full debriefing at the end of the season," he said. "We have a plan for the future of course, we are developing that, we are fine tuning [after] some of the comments that we received.

"What I can say is that if we move as we should in that direction in the future, it will be not every race.

"We have ideas to create a special format for certain historical grands prix, and certain special awards that we want to offer, and add to the already incredible platform of F1.

"So, very, very positive comments after the first exercise and [we’re] ready to prepare at the end of the three events a proposal that can bring home what we can see hopefully will be a big step and a different future of F1."

Regarding the new Crypto.com-backed prize he said: "They will present a brand new award that will be announced ahead of the Belgian GP."