Formula 1 drivers will have an even tougher time overtaking at Zandvoort than originally anticipated, with the FIA electing not to allow DRS use through the final banked corner.

F1 chiefs had originally proposed the idea of a banked last turn in a bid to offer a much longer period of full-throttle running than the original configuration allowed.

With passing places extremely limited on the narrow circuit, it was felt that this design would at least give a chance of some action.

Computer simulations show that the flat out banked bend should add another 340 metres of flat out action – on top of the 678 metres of straight that follows.

The banking was made so extreme – with a profiling of 32 percent, the equivalent of 18 degrees – to give drivers enough load through the corner to run with DRS open.

However, for the inaugural Dutch GP this weekend, the FIA has elected to play it safe and will only allow DRS to be opened after the corner.

Circuit chief Jan Lammers said on Wednesday: “That is the decision of the FIA. They just want to see how it goes this year and they want to collect data in real life.

“They’re not taking any risks and that’s understandable for this first edition in 36 years.”

Craig Wilson, who is head of vehicle performance at F1 and heads a department there that helps create and test circuit designs, was key to helping turn the banking idea into reality.

Last year he spoke about the checks that were run through to allow DRS to be open through there. 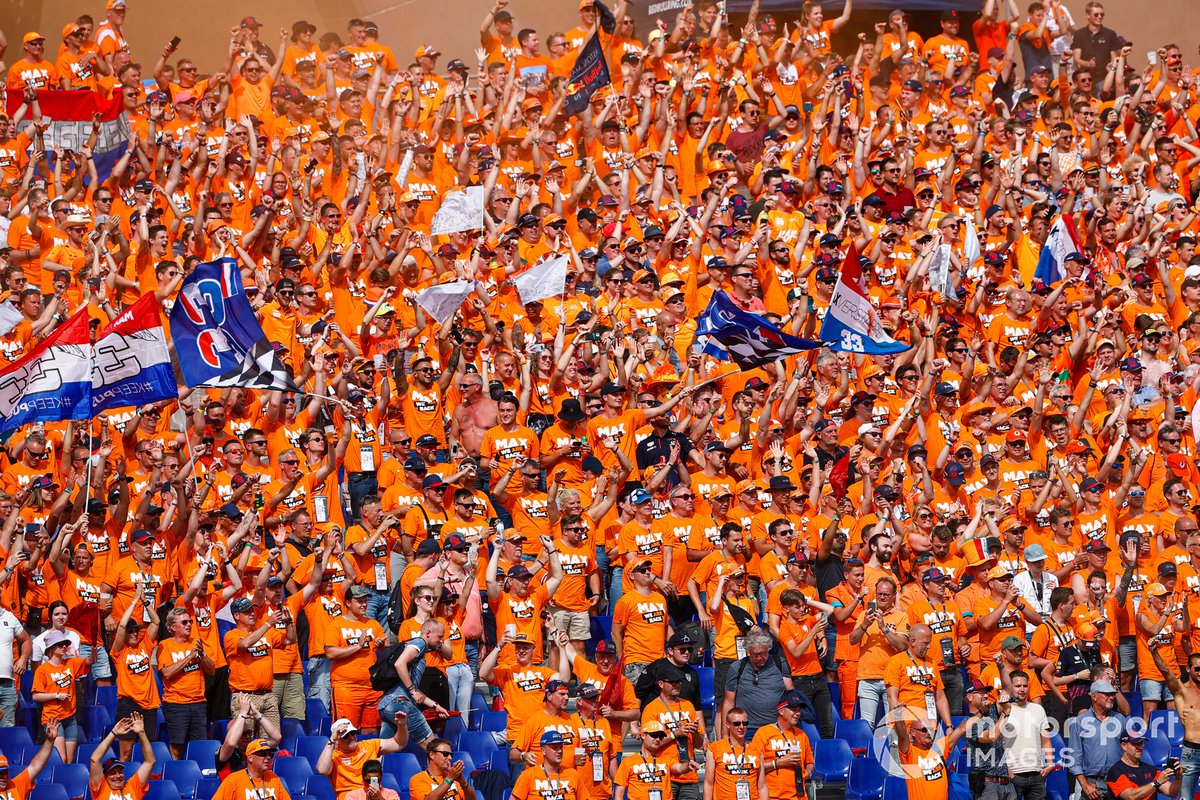 Dutch fans create a sea of orange in a grandstand

With the first idea for a banked corner coming from former F1 race director Charlie Whiting, Wilson’s team came up with a concept they thought would work.

"A comment came back and said: 'could we do banking?" said Wilson. "I thought about it, and it was: 'Okay well leave it with me, let me work out what level of banking would be required on the concept of could we, rather than have DRS open after the last turn, could we open DRS through the last turn?

"We went through it, we used our simulation and then we came back and said 'okay well you'd need at least this level of banking to be able to do it. I had assessed it with two different methods, in terms of car stability and the aerodynamic loss, and it looks like it can work.

"The guys at Zandvoort went off, spoke to a few people and came back and said: 'Yeah, we can do it, we think we can do it, and we'd be very interested in doing it.'

"So we had conversations with the FIA to say 'look, this is what we're thinking, are you okay with that?' They said let's go through the numbers, let's look at what else is involved.

"As a process, we were getting all the right people together and we were able to actually come up with a solution – and a fairly unique solution to that situation."