F1 teams are currently in discussions over increased cost control for the future following the COVID-19 pandemic, focusing on a reduced budget cap of $145 million that is set to come into force next year.

The original budget cap proposal announced last October made a number of exclusions such as driver salaries, but some F1 team bosses were eager to see them included to prevent them spiralling.

Renault F1 managing director Abiteboul confirmed that discussions over driver salaries are part of the ongoing talks between the teams regarding cost control, which many are hopeful of resolving in the near future.

Abiteboul said that while there were added complexities due to the legal nature of individual driver contracts and the length of their deals, he felt it was important for F1's future to get them under control in the budget cap era.

"And also the extra complexity that you have some drivers that have already very long-term contracts - so congratulations to Max [Verstappen] in that respect.

"But I think if we need to make exceptions for systems that will be healthy, and important for the sustainability of the sport, I think we still need to do it.

"We should not have one given individual, one given situation, in your current case Max's contract or Charles [Leclerc's] contract with Ferrari, to block a process if it is a right process.

"We think bringing a bit of rationale on driver salary when a number of people will be laid off because of the budget cap would make sense." 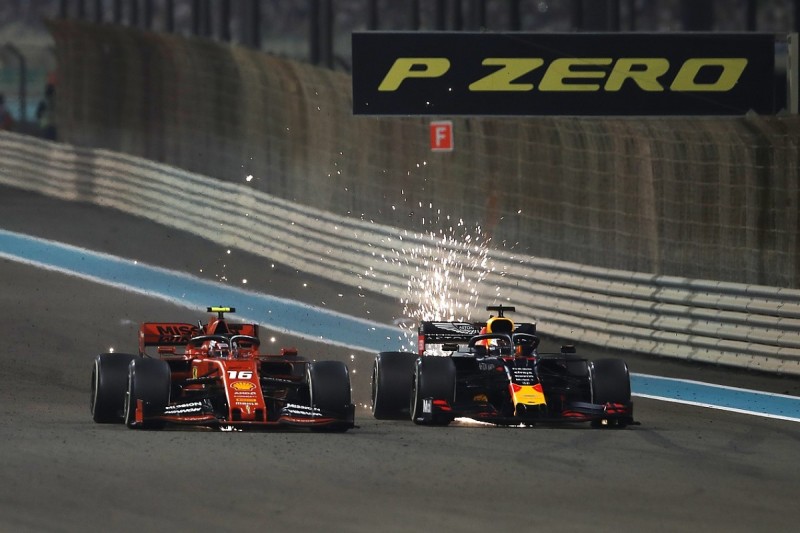 Both Verstappen and Leclerc signed long-term contracts ahead of the 2020 season, committing their futures to Red Bull and Ferrari respectively.

Renault has Esteban Ocon signed until the end of 2021, and has been in talks with Daniel Ricciardo over a new contract, but the Australian is understood to be on course to join McLaren for next year.

Ricciardo has been one of the highest-paid drivers on the grid since leaving Red Bull for Renault at the end of 2018.

Asked if Ricciardo's wage demands could be an issue in the post-coronavirus world, Abiteboul said: "I think all of us would like to have a bit more information, more intelligence about the situation as we indeed need to project ourselves into the future.

"We will be focused on what we have to do, what is best for the team, that will be the team first before any individual.

"Clearly Daniel, like Esteban, has to play a huge role in what we have to do.

"We also have an academy, a young driver academy in which we have invested a lot.

"The purpose of that academy was to be able to bring a talent into Formula 1 by 2021, but 2021 is actually next year.

"That is another option, whether it's an option that we take or not, we will see that later.

"But you can't have the whole process, the whole strategy of Renault, be down to the decision of one single man, that's for sure, even if that one single man matters a lot to me."

F1 cost cap: What is it, what does it cover and more questions answered