In collaboration with the Italian Institute of Technology based in Genoa, Ferrari engineers from across its F1, GT racing and road car divisions have worked on the project codenamed 'FI5'.

The FI5 is a pulmonary ventilator designed to assists patients suffering from COVID-19, with Italy being one of the countries hardest hit by the pandemic.

The first two prototypes of the FI5 ventilator were assembled last week, and it has since passed all the required functionality tests.

Its assembly information will now be made available open-source, allowing engineering groups from countries all over the world to produce their own version.

Ferrari is now looking for partners in Italy for the production phase of the ventilator as it begins to prepare its factory to resume F1 operations once the FIA-imposed shutdown ends.

"The challenge of COVID-19 was one we wanted to take on," said Ferrari F1 team principal Mattia Binotto. 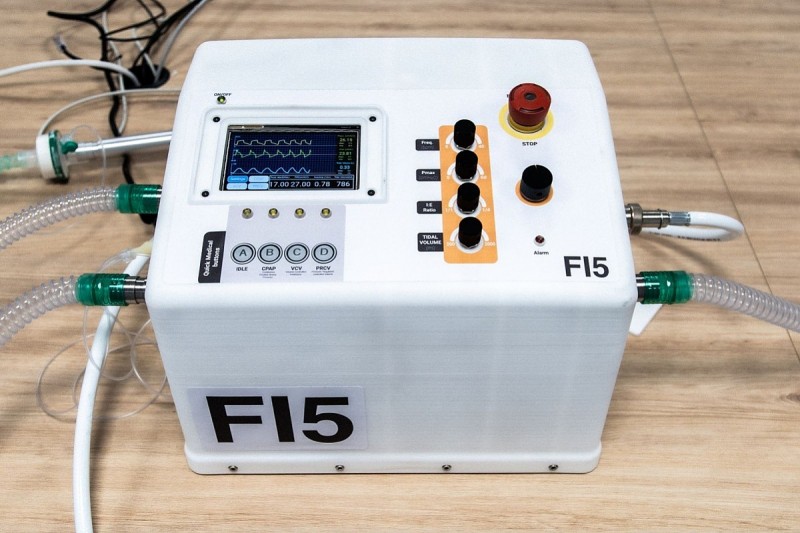 "FI5 is the contribution we made as the Scuderia, fielding the very essence of what makes a Formula 1 team and more importantly, all the characteristics that make Ferrari special; its passion, its creativity and its desire to improve.

"This project was a very stimulating experience as well as being truly rewarding for all those involved, who worked side by side with our colleagues from IIT and the other partners.

"It is initiatives like these that make 'Essere Ferrari', not just a slogan but a distinctive feature of our identity."

Professor Giorgio Metta, Scientific Director of the Italian Institute of Technology, added: "The technological transfer of research is one of the central elements of our strategy. There are several projects that are taking shape along these lines.

"However, what we have done with Ferrari goes further than that.

"It is a project initiated because of an urgent health emergency in our society to which we have responded very quickly thanks to the combination of the Scuderia that is the pride of our nation and famous around the world, and a research centre that is at the forefront of internationally respected scientific institutions.

"Spurred on by Ferrari's practice of working at speed, we designed and built the prototype in just five weeks.

"FI5 is an example of the ingenuity, technology and determination which are an essential part of our procedures.

"But more than that, it shows that this is a country that works and wins."