Charles Leclerc will start from pole position for the Formula 1 Monaco Grand Prix after topping qualifying. Here's how and when you can watch the race.

The Ferrari driver headed Q3 before the late red flag for Sergio Perez’s crash at Portier which led to Carlos Sainz running into the stricken Red Bull driver having been the first car on the scene before the red flag was shown.

With the majority of the Q3 contenders unable to complete their final qualifying laps, Leclerc secured pole in similar circumstances to 12 months ago at the principality, when his own crashed ended qualifying prematurely.

Despite clashing with Perez, Sainz still completed a Ferrari 1-2 ahead of the Mexican driver who out-qualified Red Bull team-mate and F1 world championship leader Max Verstappen.

Lando Norris claimed best of the rest honour for McLaren with fifth place in front of the Mercedes of George Russell, who made a late improvement before the red flag, while Fernando Alonso took seventh place before also crashing his Alpine at Mirabeau.

Lewis Hamilton was shuffled back to eighth place for Mercedes, as Sebastian Vettel took ninth for Aston Martin and Esteban Ocon rounded out the top 10 for Alpine. 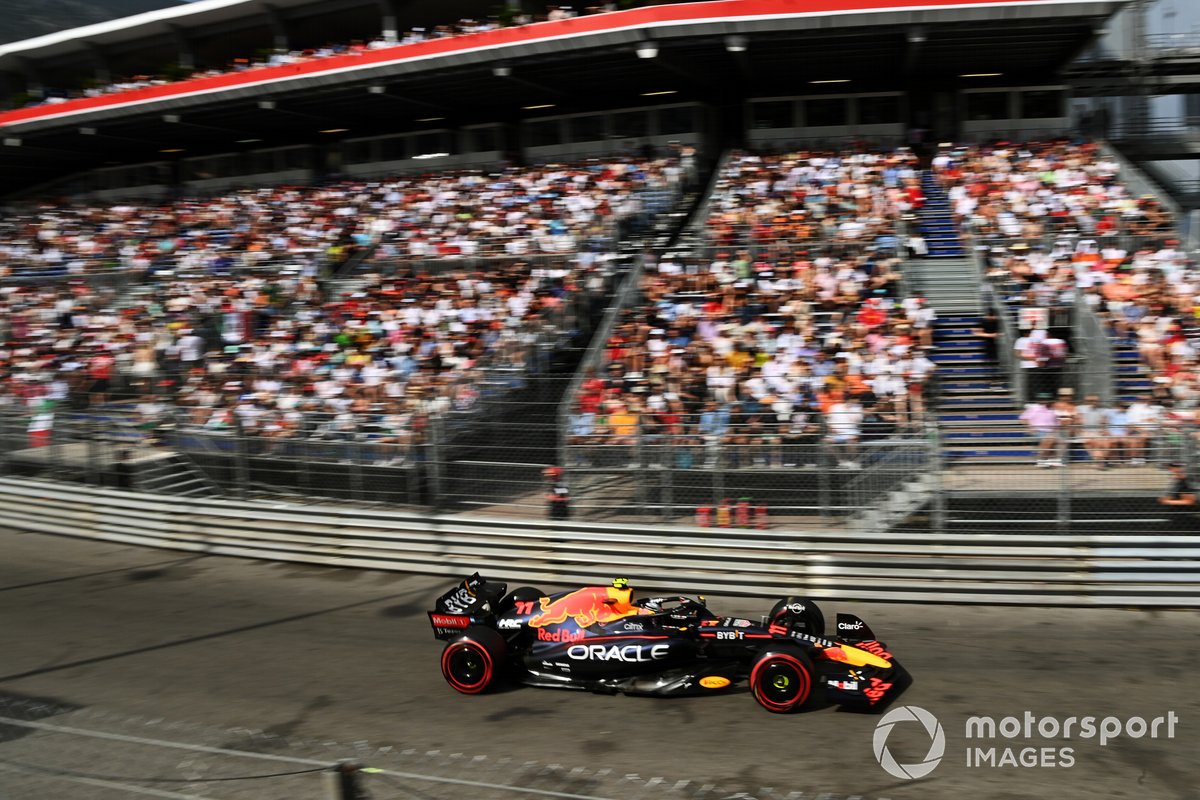 When is the F1 Monaco Grand Prix? 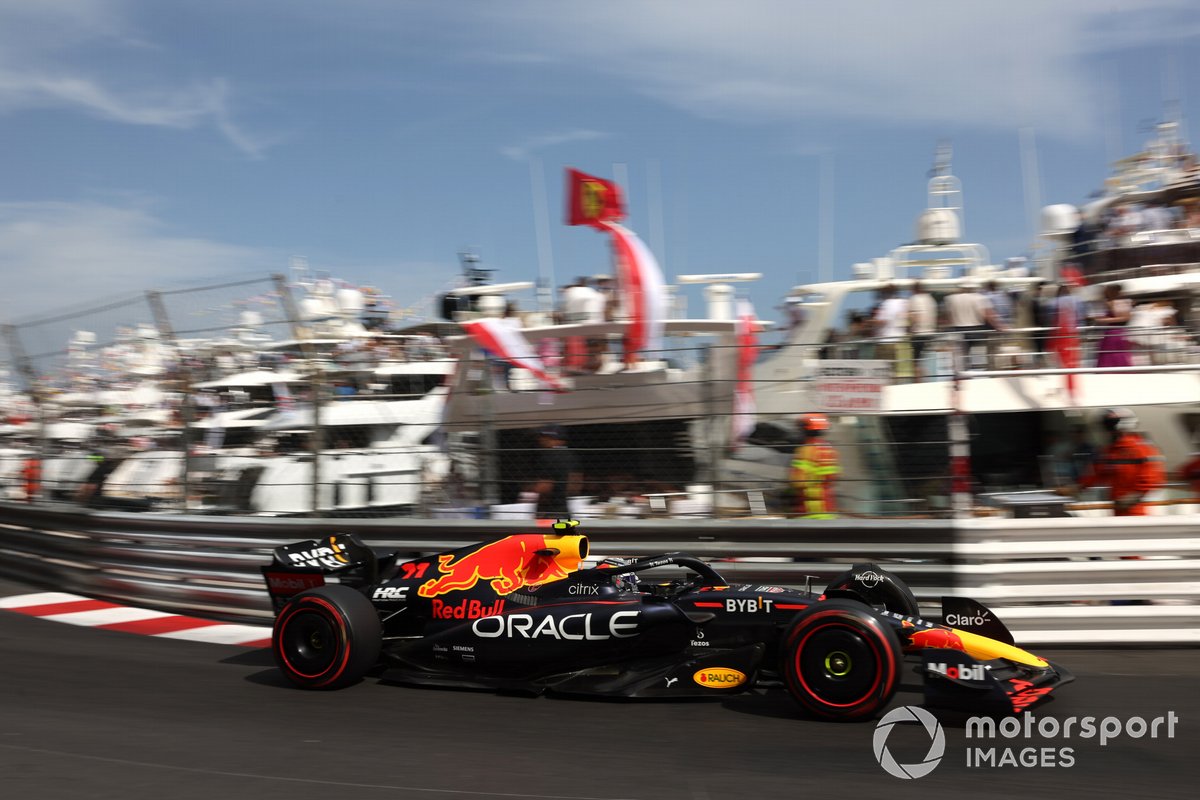 How can I watch the F1 Monaco GP?

Autosport will be running a live text coverage of the Monaco GP here.

When can I watch the F1 Monaco GP highlights?

In the United Kingdom Channel 4 is broadcasting highlights of the Monaco GP at 6:30pm BST on Sunday evening. The full programme will run for two hours and 30 minutes, covering the pre-race, the race highlights and the initial post-race reaction to wrap up the major talking points of the race weekend. 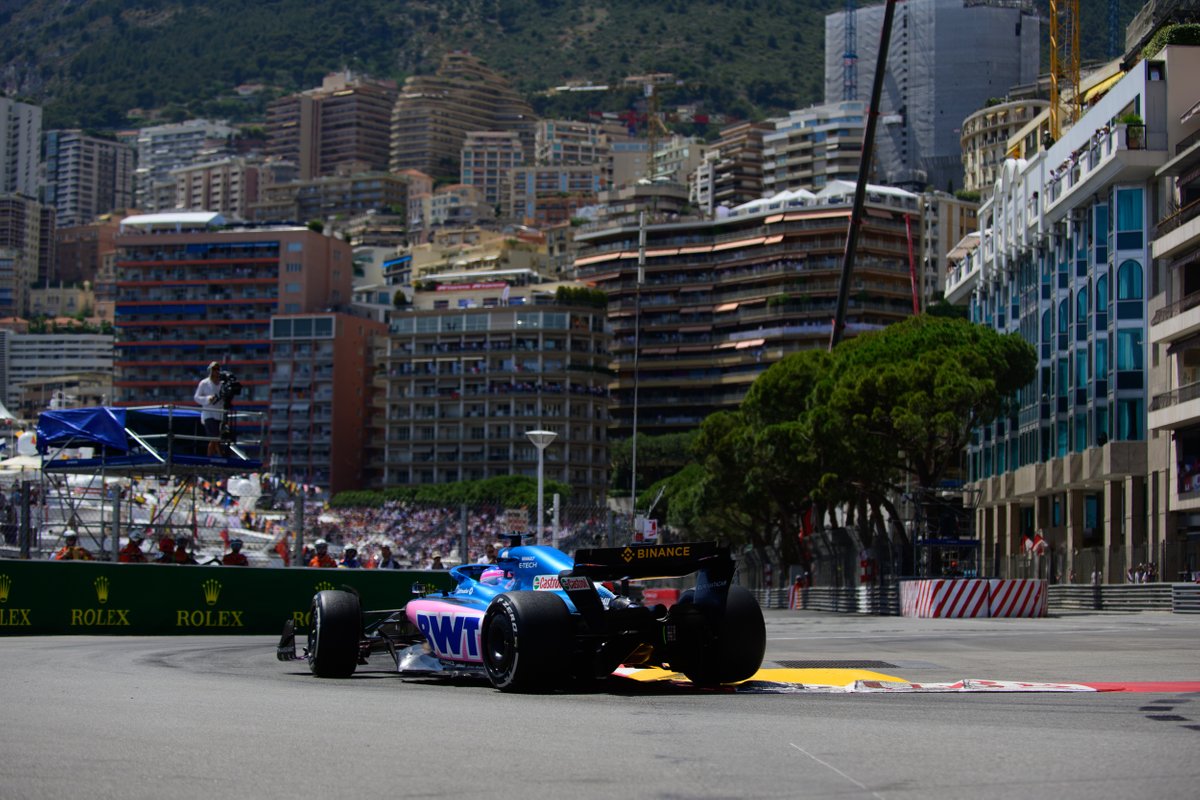 Will the F1 Monaco GP be on the radio?

Live coverage of the Monaco GP will start at 2:00pm BST on BBC Radio 5 Live and on the BBC Sounds app.

Current weather forecasts predict cloudy but warm conditions at Circuit de Monaco in Monte Carlo, with a high chance of rain. The temperature is expected to be 22 degrees Celsius for the start of the race, 14 degrees colder than the Spanish GP last time out.

How many laps is the F1 Monaco GP?

The race is scheduled to complete 78 laps at Circuit de Monaco, covering a total race distance of 260.286km.