Max Verstappen topped Friday practice for Red Bull at the Formula 1 Mexican Grand Prix. Here’s how and when to watch qualifying.

The F1 world championship leader produced a 1m17.301s to top FP2 by an impressive 0.424s from Valtteri Bottas, who had been fastest in the first practice session, with Mercedes team-mate Lewis Hamilton slotting into third place.

That meant home hero Sergio Perez had to settle for fourth place in FP2, but did recover from a spin in first practice in which he badly damaged his rear wing at Turn 16.

Behind the two title-fighting teams, Carlos Sainz Jr led the midfield battle for Ferrari, with Pierre Gasly slotting into sixth place for AlphaTauri ahead of the second Ferrari of Charles Leclerc who also spun off at Turn 16 in FP1.

Yuki Tsunoda claimed eighth place in FP2 but will start from the back of the grid at the Mexican GP due to a power unit change, with Aston Martin’s Lance Stroll set to join him on the back row due to the same penalty.

Sebastian Vettel (Aston Martin) and Fernando Alonso (Alpine) rounded out the top 10 in FP2 at the Autodromo Hermanos Rodriguez.

Both McLaren’s Daniel Ricciardo and Williams’ George Russell missed the majority of FP2 due to separate mechanical issues.

What time does qualifying start for the Mexican Grand Prix? 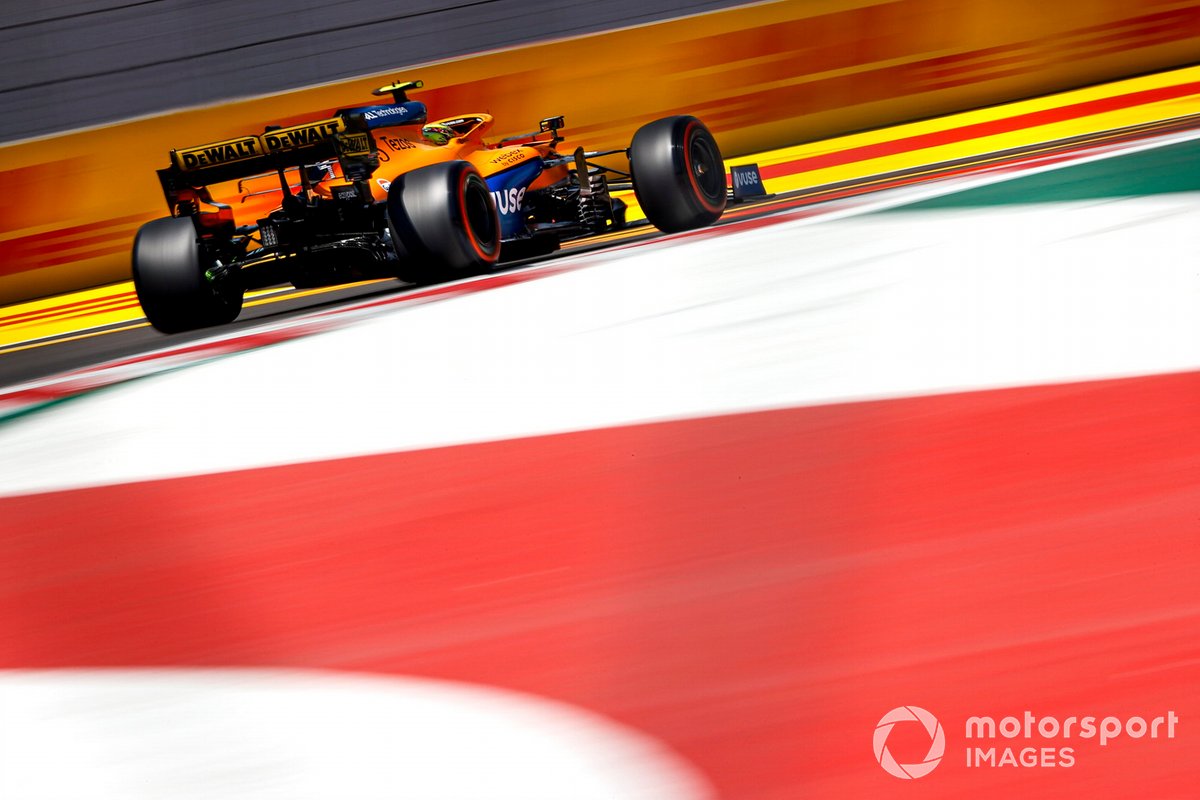 In the United Kingdom every F1 practice, qualifying and race is broadcast live on Sky Sports F1, with Mexican GP qualifying coverage starting at 7pm GMT.

When can I watch the highlights of Mexican GP qualifying?

In the United Kingdom Channel 4 is broadcasting highlights of qualifying for the Mexican GP at 8:30am GMT on Sunday. The full programme will run for 60 minutes, covering both qualifying and wrapping up the major talking points of the race weekend so far.

Will Mexican GP qualifying be on the radio?

Coverage of Mexican GP qualifying will start at 7:55pm GMT on BBC 5 Live Sports Extra and the BBC Sounds app.

Hamilton: Mercedes pace deficit in Mexico down to lack of downforce