The immediate aftermath of the race in Suzuka descended into farce amid confusion over whether or not a penalty for Ferrari's Charles Leclerc had been enough to secure Verstappen the crown.

Many teams, including Red Bull itself, shared the wide-held view that new rules introduced after last year's shambolic Belgian Grand Prix meant Verstappen would not be given full points for his win, as the race had not run beyond 75% distance.

However, a strict interpretation of F1's Sporting Regulations meant the FIA deemed full points were awarded, as the race had not been suspended.

That meant Verstappen was classified as champion, something he was taken aback on in the immediate aftermath of the race.

But while the FIA's stance has become clear since the end of the race, several teams have admitted that the current interpretation of the regulations – which were agreed upon after last year's Spa race – was not what was intended.

Speaking about the confusion over the rules, Horner said: "I think it's a mistake.

"I think it's a mistake that wasn't included after the issues in Spa last year, that the regulations obviously haven't been mopped up.

"We were under the strong impression that only with 75% of the race, full points will be scored. So we felt we were going to be one point short.

"But in the end, Checo's move on Charles nailed Max the championship. So you can see his surprise, the team's surprise. But what a wonderful surprise."

Ferrari team principal Mattia Binotto, who saw Leclerc's final title chances evaporate with the points interpretation, admitted his squad had not known how things would be handled.

"We were confused, and we thought it would not have been the full awards," he said. "So initially, our calculations were such that he was not world champion.

"At the end, a clarification has been given which is an okay clarification. So I think it's simply accepted. That's the way it is. He is world champion. It's clear enough." 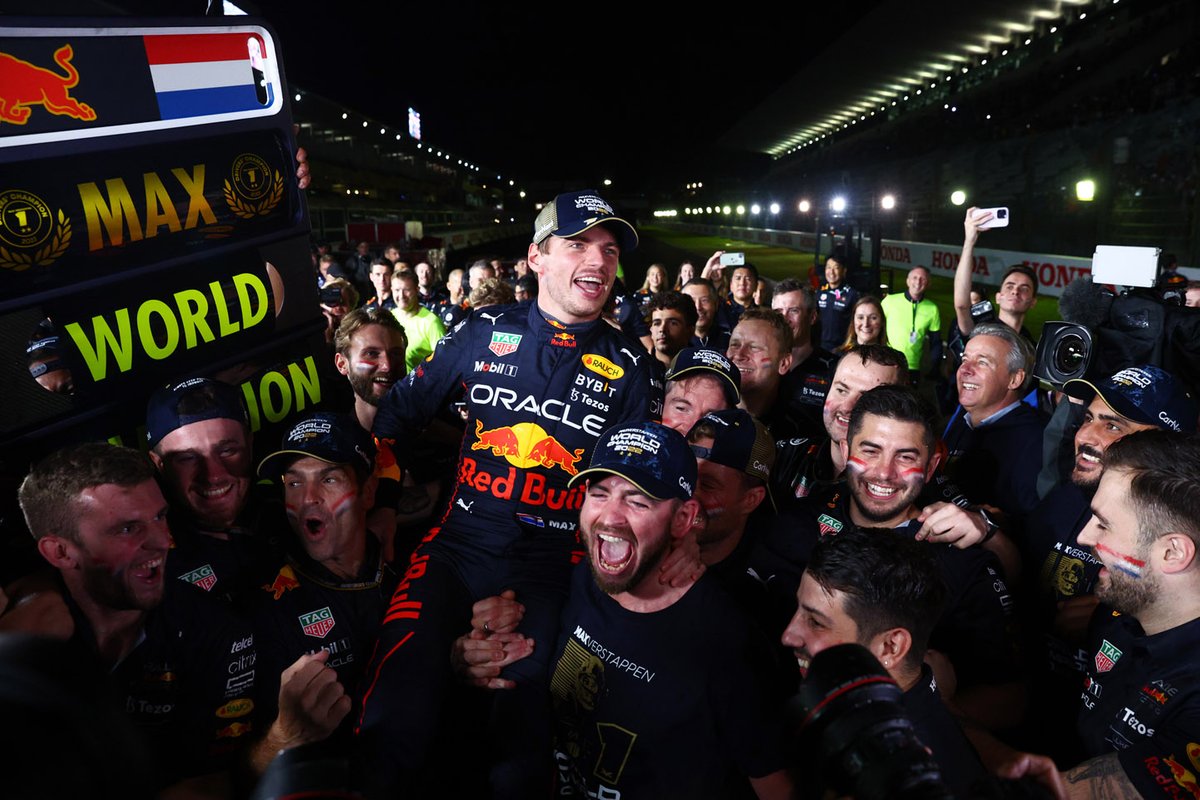 McLaren team boss Andreas Seidl backed up the view that the changes made to the rules last winter were never intended to award full points for races that got nowhere near full distance.

"In the end, how the points were awarded today wasn't what we all had in mind," he said. "That wasn't the intention from the FIA and the team side.

"But in the end, it seems like we all overlooked this loophole, and therefore we are all responsible for that. It means we must try to do together a better job next time."

Horner had little doubt that the teams would now speak to the FIA to get the rule revised for the future.

Binotto said that it was something he would get Ferrari to look at and better understand.

"I need to double check with our sporting guys: what was the clear understanding, and what has been the conclusion and the way that it has been written and interpreted compared to the intention," he said.

"It's a detail, and it's something we need to clarify as well for the future what is the true intention, what should you do and it's clear enough. But I'm not too concerned, I'm not too disappointed by it.

"I accept the way the FIA has interpreted it, and let's review, let's discuss, but I will not go to any conclusion today on that."