George Russell will start from pole position for the Formula 1 Hungarian Grand Prix after topping qualifying. Here's how and when you can watch the race.

The pole lap appeared to surprise Russell himself after qualifying, as Mercedes’ pace transformed having struggled throughout practice.

With Sainz leading Ferrari team-mate Charles Leclerc in third, it still offers the Italian manufacturer an opportunity to strike back in the F1 world title fight after a nightmare qualifying for Red Bull.

Max Verstappen suffered an engine issue on his final Q3 run, leaving him unable to improve and duly drop to 10th place, while team-mate Sergio Perez dropped out in Q2 in 11th place.

Lewis Hamilton also endured a mechanical issue in Q3 with a DRS failure that ended his final lap prematurely and saw him drop to seventh place.

Joining Hamilton on the fourth row is former team-mate Valtteri Bottas in the Alfa Romeo, as Daniel Ricciardo claimed ninth in the other McLaren ahead of Verstappen. 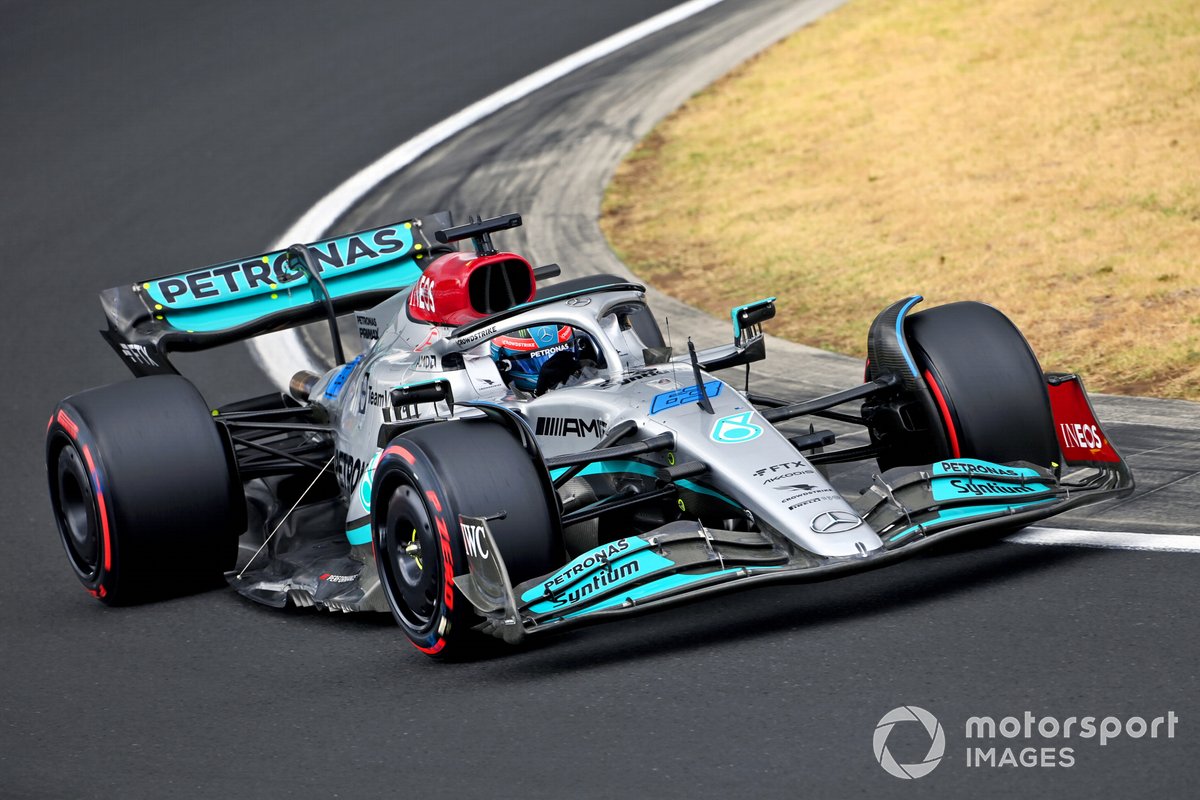 How can I watch the F1 Hungarian GP?

In the United Kingdom Channel 4 is broadcasting highlights of the Hungarian GP at 6:30pm BST on Sunday evening. The full programme will run for two-and-a-half hours, covering the pre-race, the race highlights and the initial post-race reaction to wrap up the major talking points of the race weekend.

For the entire 2022 F1 season, Channel 4 will broadcast highlights of every qualifying and race of each event.

The highlights will also be available on Channel 4’s on demand catch up services.

Live coverage of the Hungarian GP will start at 2:00pm BST on BBC Radio 5 Live and on the BBC Sounds app.

Current weather forecasts predict cloudy and cool conditions at the Hungaroring in Budapest, with a low chance of rain. The temperature is expected to be 23 degrees Celsius for the start of the race, 10 degrees cooler than the French GP last time out.

How many laps is the F1 Hungarian GP?

The race is scheduled to complete 70 laps at the Hungaroring, covering a total race distance of 306.630km.