On Friday afternoon most protagonists swiftly joined the action early on, including world champion Verstappen, who normally has a tendency of joining the fray later than most.

Verstappen clocked a 1m21.235s after five minutes of the one-hour session on a toasty Hungaroring, ahead of Ferrari's Sainz and McLaren's Daniel Ricciardo.

Times took a fresh tumble in subsequent runs when the second Ferrari of Charles Leclerc went top with a 1m20.225s on soft tyres, which was just 0.018s quicker than Verstappen's new personal best on the same compound.

Sainz briefly jumped his team-mate to take the lead after 15 minutes, before Leclerc responded with a 1m19.863s and Verstappen's next lap was just 0.009s shy of Leclerc's time. A subsequent effort of 1m19.426s put more daylight between leading Leclerc and his title rival.

The Red Bulls and Ferraris were the only teams sampling Pirelli's softest tyre compound while other outfits stuck to mediums or hards in the opening stages, as Sergio Perez in fourth put distance on the midfield runners led by Ricciardo. 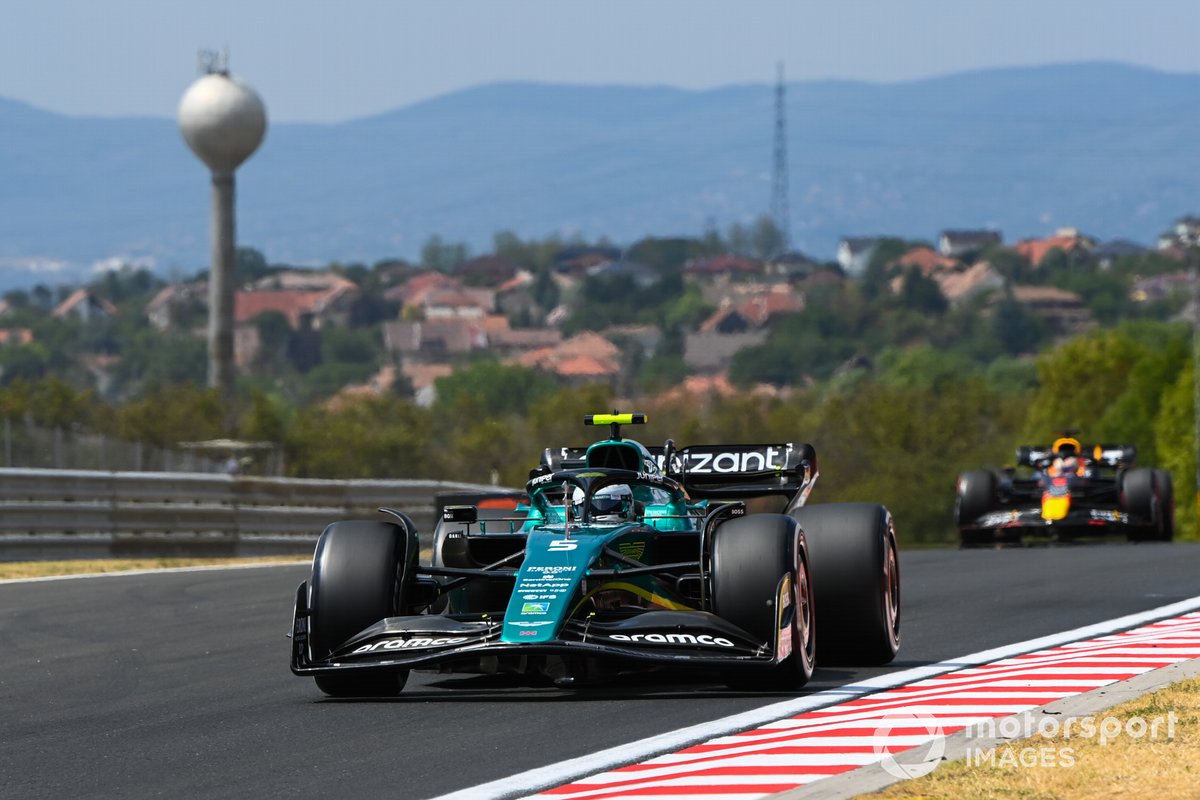 Mercedes' George Russell used the reds to vault to second with a lap just 0.180s down on Leclerc, while team-mate Lewis Hamilton went fifth to put the entire top five within three tenths.

With 20 minutes left on the clock Sainz momentarily grabbed the lead with a 1m19.262s, heralding a new salvo of fast laps. Verstappen came through next with a 1m18.800s lap, courtesy of purple first and third sectors.

Leclerc couldn't match the Dutchman and remained one and a half tenth behind, but Sainz did. The Spaniard, who had been the quickest in sector two throughout, took a tenth out of Verstappen's time to lead with a 1m18.750s.

Behind the trio McLaren's Lando Norris was fourth, setting a promising time of 1m19.299s despite joining the session late.

In the second Red Bull Perez couldn't find a clean lap and remained stuck in sixth, in between Mercedes duo Russell and Hamilton.

The second McLaren of Ricciardo took eighth, while Alpine duo Esteban Ocon and Fernando Alonso rounded out the top 10. 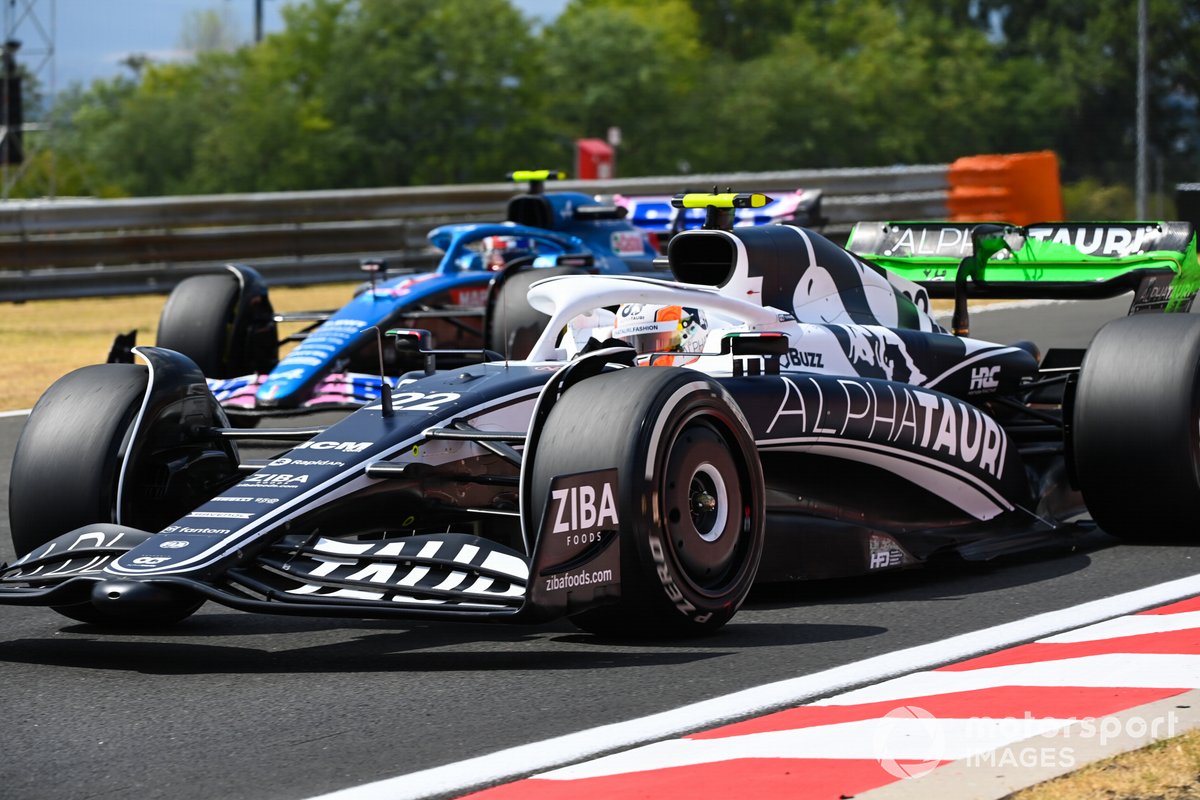 Haas duo Kevin Magnussen and Mick Schumacher were down in 17th and 18th as the team tried to understand its first and only upgrade package for 2022.

Robert Kubica, who took over Valtteri Bottas' Alfa Romeo for FP1, was 19th ahead of only Nicholas Latifi in the second Williams.

The 60-minute session lapsed without notable incidents, although Schumacher and Tsunoda were among drivers facing a couple of hairy off-track moments and Stroll suffered a huge floor strike over the track's high kerbs.