The FIA and Liberty's plans to introduce a simplified power unit without an MGU-H - outlined last October - were dealt a blow when the four existing manufacturers decided recently they would rather stick with the current hardware with small changes.

They cited cost reasons and the fact that no new entrants have come forward for 2021.

The new rules were discussed further via a video conference last week, involving manufacturers, the FIA, and F1.

"The clock is ticking if we want to have a completely different engine for 2021," Abiteboul told Autosport.

"[The] summer break this year would be the red line. It's no secret that two of the main drivers for that change of regulation were the possibility of a new entrant and the situation at Red Bull.

"Red Bull and Toro Rosso were massively driving the change because it was clear to them that, independently from our situation, they had to think about their own situation.

"So now that Red Bull has found a new partner in Honda and there do not seem to be new entrants, the necessity of radical change to the engine regulation has lowered." 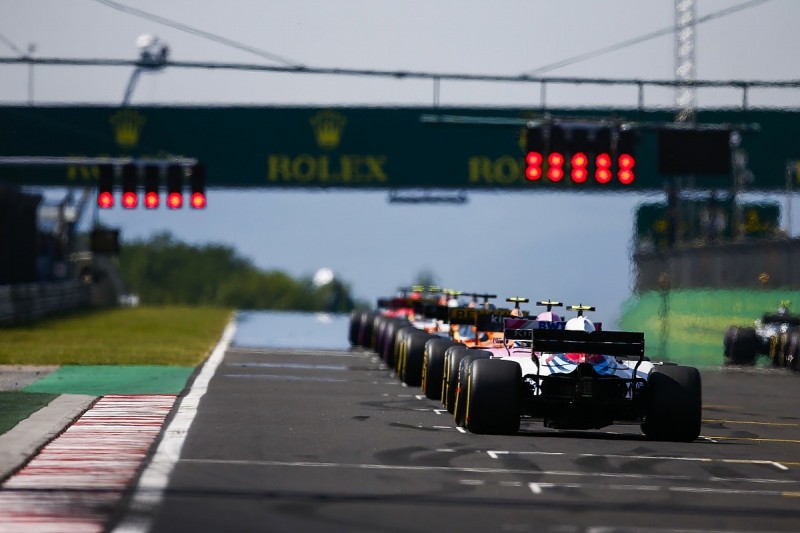 Teams were previously promised new engine rules would be firmed up by the end of June.

Abiteboul said all four manufacturers were aligned in their views.

"We are talking about details right now but I think in general we agree on the target, we agree it is better to keep the existing platform and that we can make a better job with it," he said.

"We still accept that we need to improve the power unit for other reasons, mainly for the show, for the customer teams, for the manufacturers in terms of cost also."

He added Renault was in favour of keeping the MGU-H.

"It would be silly to have used the MGU-H for a number of years and [then] actually do the opposite of what the car makers will be doing," said Abiteboul.

"Maybe we can simplify the way the MGU-K is being used, the way the energy deploys, the way it can contribute to the show rather than removing something."

Haas boss Gunther Steiner said 2021 engines should be available at a reasonable cost to customers.

"I don't want to tell them what to do, they know what to do," Steiner told Autosport.

"I would like to have a cost cap on the money we have to pay the engine manufacturer that is set. And then they can do what they want.

"If they want to make an engine out of gold, then we get it for set price, feel free to do so.

"That is more because we don't have the expertise to get involved.

"As long as we are sure there is a supply and the cost of the supply is controlled whatever money we can agree on, we are happy."