Formula 1's stewards at the Azerbaijan Grand Prix have recommended a change to the sport's pitlane queue rules following an investigation into the Haas team after qualifying.

The American-owned squad and its drivers Mick Schumacher and Kevin Magnussen were summoned to see the race stewards on Saturday evening in Baku for a potential pitlane rules breach.

It was suggested that when they shuffled themselves in to the queue of cars that was waiting at the end of the pitlane for the start of Q1, they broke regulations which prevents drivers pushing in.

Article 34.8 of F1's Sporting Regulations states: "Any car(s) driven to the end of the pit lane prior to the start or re-start of a practice session must form up in a line in the fast lane and leave in the order they got there unless another car is unduly delayed".

Magnussen and Schumacher emerged after a long queue had formed in the pits and slotted themselves into the middle of the pack, rather than waiting for everyone to drive past.

After examining video footage of what happened, however, the stewards decided that no further action should be taken as Haas had been put in a difficult position.

With cars having queued up very early at the end of the pitlane to prepare for the start of Q1, Haas found itself unable to leave its garage and know exactly where it should line up in the order. 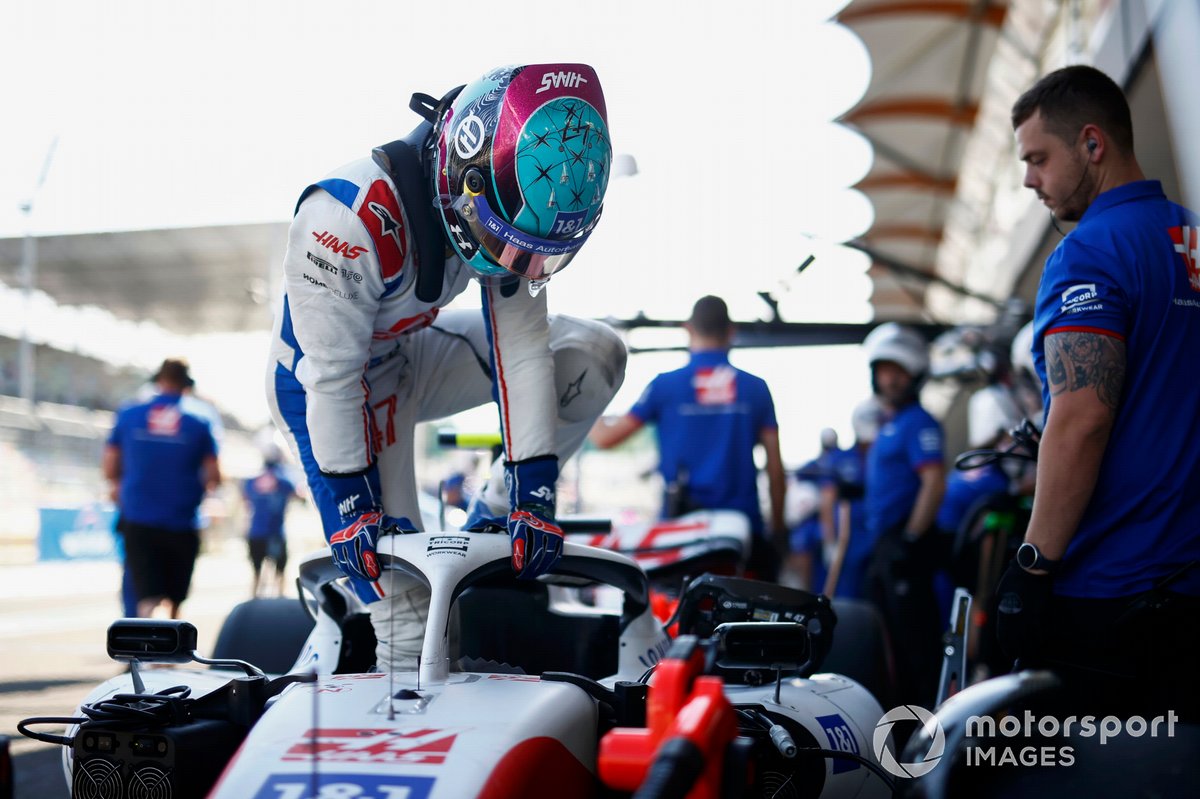 The Stewards said that they "accept that the positioning of the pit garage for the team made it impossible in the circumstances for either team car to line up in order in the fast lane, in view of number of cars that were already there.

"It is noted that both cars departed in a safe manner, and further that it would have been extremely difficult, if not impossible, for the team to determine which order the cars should depart, leaving the only option as starting behind all other cars.

"This effectively means that teams allocated pits at the exit of the pit lane will always have to exit last unless they choose to leave their garage significantly earlier."

In response, the stewards have recommended that the regulations be looked at to try to help improve matters, especially as it was not the first time that the team at the end of the pitlane had been caught out in such circumstances.

Back at the 2021 Mexican Grand Prix, Williams had also found itself summoned under similar circumstances, and again no action was taken.

The matter of the pitlane rules will therefore likely be brought up at the next meeting between sporting managers and the FIA which discusses issues and potential tweaks to the regulations before they go to the Formula 1 Commission.