The final practice session took place in cold and slowly climbing temperatures, which meant many drivers set their best times on their second or even third qualifying simulation efforts within a set run.

There were also several incidents and brief red flag, and a cascade of times deleted for various track limits offences as the drivers built up to the limit ahead of qualifying.

Most teams opted to remain in their garages for the opening 15 minutes, which left Alfa Romeo’s Kimi Raikkonen lapping solo before he was joined by the two Haas cars.

Raikkonen lost the session’s initial benchmark time to a track limits violation as he had run too wide the first time through the Piratella turn, but his next flying lap – on the medium tyres – established the P1 time to beat at 1m17.331s.

That time remained quickest until the Ferrari cars led the majority of the pack onto the track after one quarter of the session had passed, with Charles Leclerc putting his FP2-ending crash behind him by taking the top time on his first flying lap.

That effort of 1m17.321s was also set on the medium tyres, which he used to again lower the benchmark to 1m16.795s a few minutes later – just after team-mate Carlos Sainz Jr had briefly taken the top spot.

Sergio Perez was the first of the Red Bull and Mercedes cars to head out after 20 minutes, and he used the medium tyres to take P1 with a 1m16.332, flirting with the edge of the gravel trap between the two Rivazza lefts at the end of the lap.

Friday pace-setter Valtteri Bottas briefly claimed the top spot on his first flying lap – the Mercedes cars eschewing any early running on the mediums and coming straight out on the softs – but he lost that time to another track limits infraction.

PLUS: Why Mercedes isn't confident it's really ahead of Red Bull at Imola

The session was then briefly suspended by a red flag after Nicholas Latifi lost the rear of his Williams shooting through the Villeneuve chicane. As a result, he skated through the gravel on the exit and knocked off the left side of his front wing. 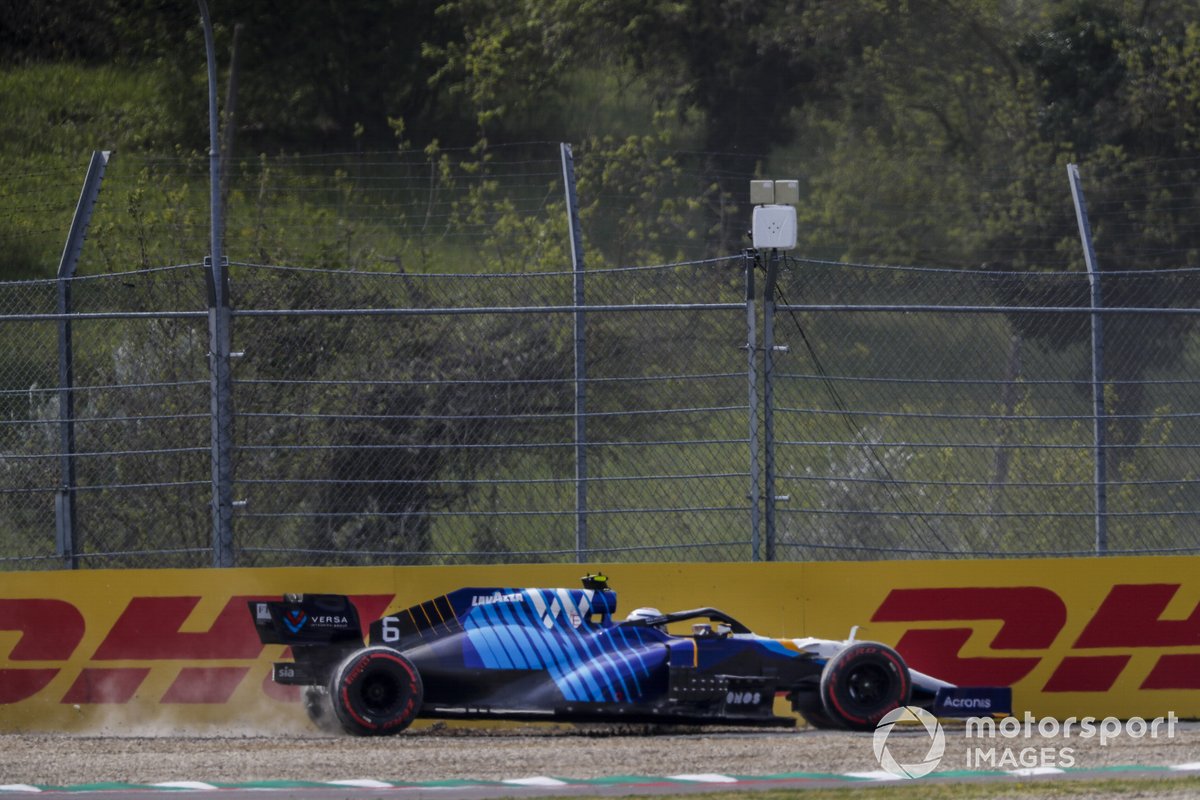 Although Latifi was able to reverse away and limp back to the pits, the session was suspended for a few minutes while the debris was cleared.

When the action resumed, Verstappen claimed the top spot on his first flying lap – also straight on the softs despite the Dutchman missing all the long run data-gathering in FP2 due to his driveshaft issue.

But this time – a 1m16.251s – was deleted for Verstappen going too wide at Piratella and in any case it was quickly beaten by Bottas’s effort of 1m15.984s.

That time was set on the Mercedes driver’s second flying lap and a few minutes later Verstappen found enough time on a third flyer – he had to back out of a second go after clattering the kerbs at the exit of the Acque Minerali turns and bouncing hard back onto the track - to go quickest on a 1m15.895s.

Pierre Gasly then blasted to the top spot on the mediums, a few minutes after he had had a near-miss exiting the Tosa hairpin – getting perilously close to the wall after losing the rear as he accelerated out of the left-hander.

But the soft tyre runners soon took back the P1 benchmark – led by Leclerc on a 1m15.738s.

Hamilton, another driver to lose his opening flying lap to a track limits violation at Piratella, then claimed the top spot with a 1m15.515s – before Norris, on the second flying lap of his run, went fastest on a 1m15.414s.

After Raikkonen had had a trip through the gravel on the exit of the first Rivazza left – the Finn understeering nearly straight off as he arrived at high speed – Verstappen appeared to set what would be the session’s best time.

Although the lap did not appear smooth overall – and Verstappen could not better Norris’s best time in sector one – he blitzed the final two thirds of the lap and end up fastest by 0.456s on a 1m14.958s.

The action dampened down in the closing minutes, with Antonio Giovinazzi’s spin on cold tyres at low speed exiting the Tamburello chicane the final event of note. 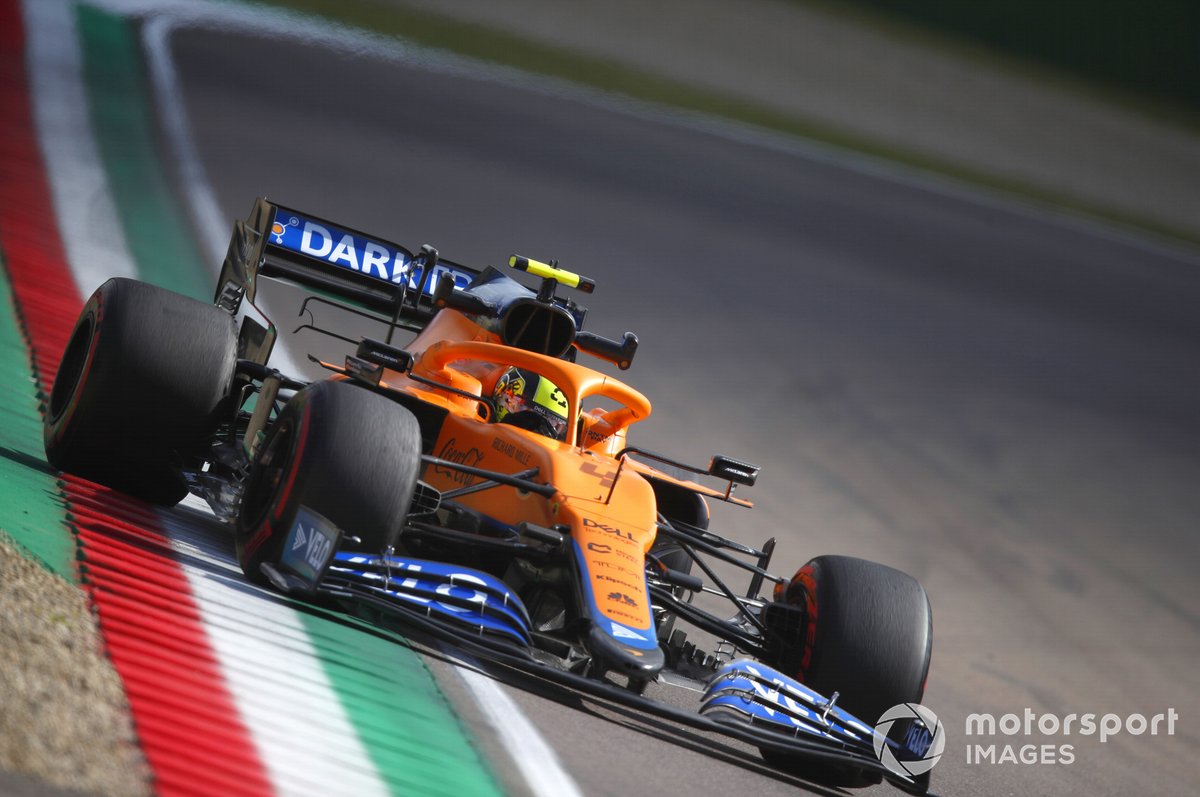 Norris therefore ended up second ahead of Hamilton and Perez, with Leclerc fifth for Ferrari.

Gasly completed a series a laps on the softs towards the end of the session, but his best time remained his effort on the mediums as he finished sixth.

Sainz took seventh in the second Ferrari, with Bottas shuffled down to eighth ahead of the Alpine pair – Fernando Alonso and Esteban Ocon.

Latifi ended up 17th ahead of Giovinazzi and Raikkonen.