Max Verstappen has taken pole position for Red Bull at the Formula 1 Emilia Romagna Grand Prix sprint race on Friday. Here’s how and when to watch the sprint race.

In a qualifying session stalled by five separate red flags, Verstappen grabbed his first pole of the 2022 season, beating F1 world championship leader Charles Leclerc by 0.779s despite having to ease off under yellow flags caused by Valtteri Bottas stopping on the edge of the circuit with exhaust failure.

With Leclerc unable to fight back, the remainder of Q3 was truncated by red flags triggered by Bottas’s Alfa Romeo and McLaren driver Lando Norris going off the road at Acque Minerali, allowing Verstappen to become the official pole position holder at the Emilia Romagna GP regardless of his finishing position in Saturday’s sprint race.

Despite causing the fifth and final red flag of qualifying, which he felt cost him a front-row shot, Norris held on to grab third place for McLaren behind Ferrari’s Leclerc, as Kevin Magnussen delivered the best ever F1 qualifying result for Haas with fourth place, despite spinning off early in Q3 to cause a brief red flag.

Fernando Alonso claimed fifth place for Alpine ahead of McLaren’s Daniel Ricciardo and Red Bull’s Sergio Perez. Bottas took eighth place despite being unable to take part in the final few minutes of Q3, in front of Aston Martin’s Sebastian Vettel who bounced back from a tough Australian GP.

Carlos Sainz made it into Q3 but couldn’t take part in the session after crashing heavily midway through Q2, leaving the Ferrari driver to start from 10th place in the sprint race.

Sainz’s red flag plus a rain shower denied any later improvements in Q2 to relegate George Russell in 11th and Lewis Hamilton in 13th – which meant neither Mercedes driver made it into Q3 for the first time since the 2012 Japanese GP. 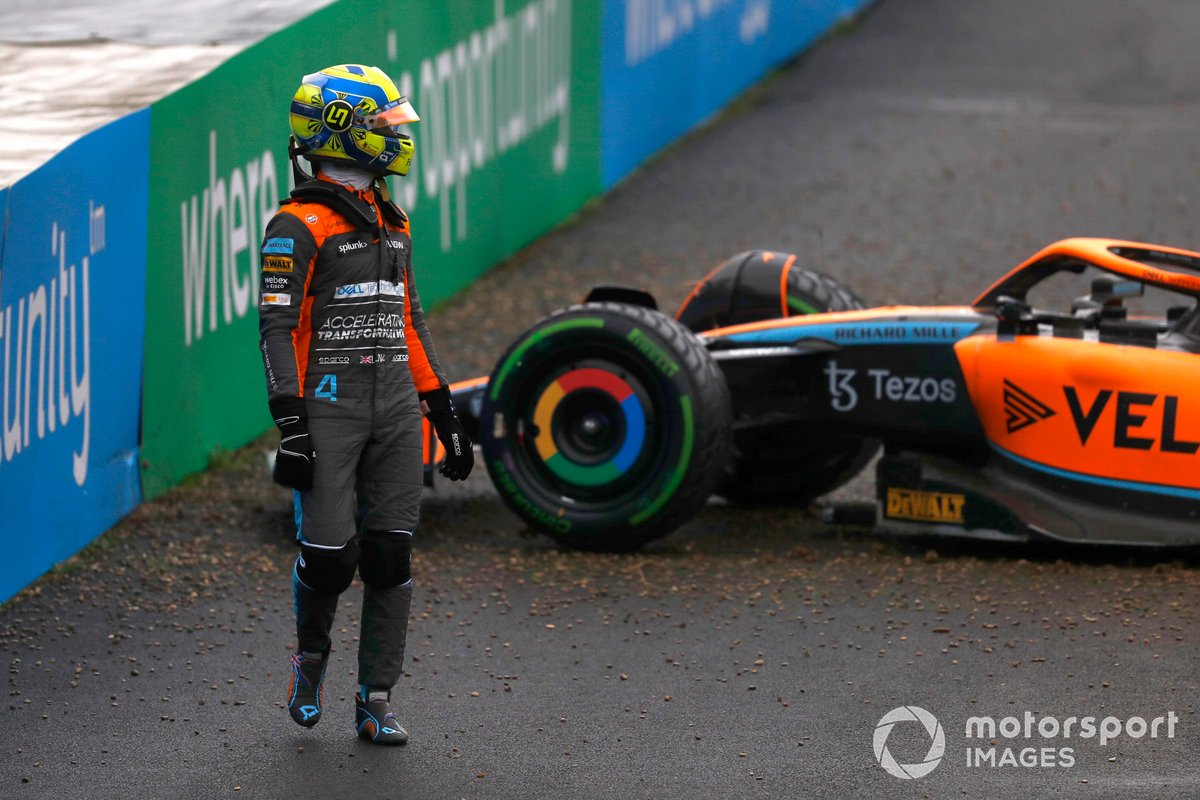 Norris crashed out in Q3, but will still start the sprint from third

What is a sprint race?

A sprint race is essentially a shortened version of a normal race, taking place over a shorter distance, with the finishing order deciding the grid for Sunday’s grand prix. They’re used in many other series, though perhaps most notably for Formula 1 is their inclusion in the Formula 2 race weekend. In F2 the sprint race is 120km and the feature race covers 170km, though are usually no less exciting.

F1 has introduced sprint races to ramp up the excitement of the whole race weekend, providing fans with a competitive session on each of the three days of track action (with qualifying moved to Friday afternoon) and it is hoped to make it an overall better experience. F1 has long been looking to make changes to the traditional race weekend format and while other options like reverse grid races were considered, they were ultimately unfancied compared to sprint races.

Find out more about the sprint races and what has changed for 2022 here.

What time does the sprint race start for the F1 Emilia Romagna Grand Prix? 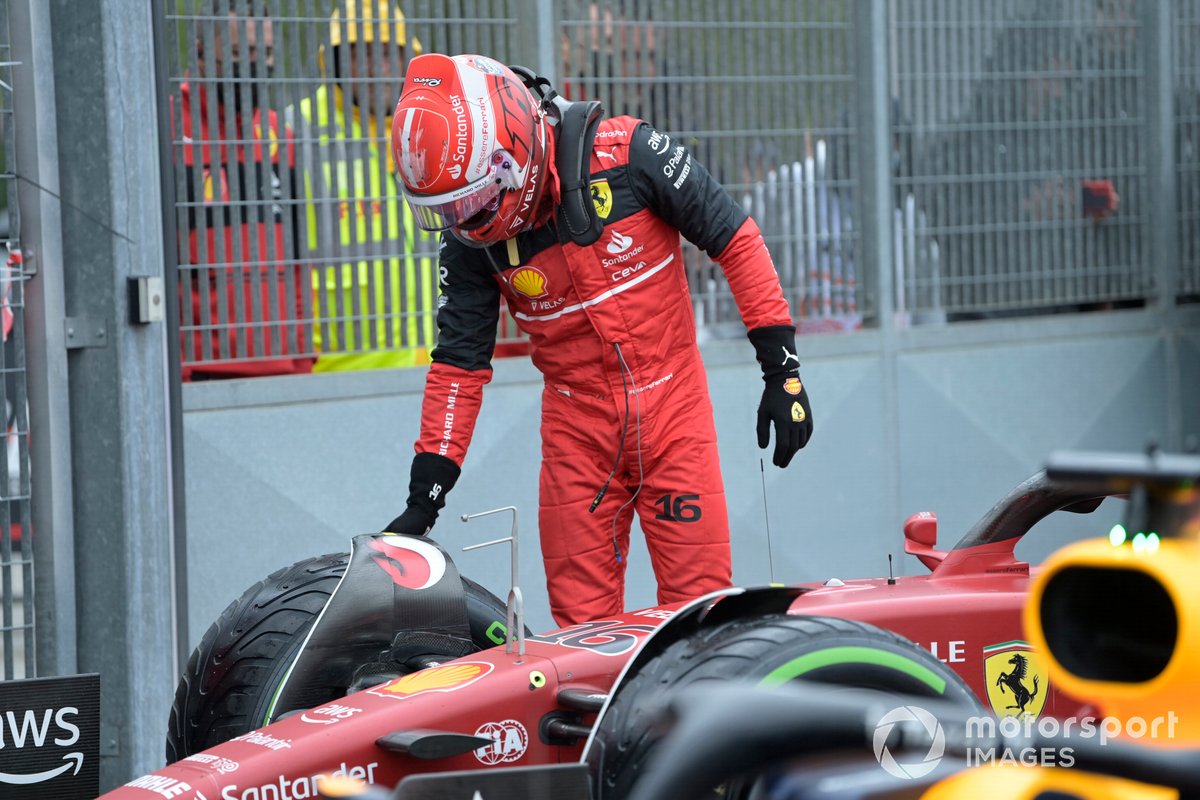 Leclerc was beaten to pole for only the second time this year after Sergio Perez claimed top spot in Jeddah, but will start the sprint from second

Fans wanting to watch the race for free will have to wait until Saturday evening (qualifying and sprint race) or Sunday evening (race) to see the highlights on Channel 4.

How can I watch the F1 Emilia Romagna GP sprint race?

In the United Kingdom every F1 practice, qualifying and race is broadcast live on Sky Sports F1, with the Emilia Romagna GP sprint race coverage starting at 2.30pm BST.

Autosport will be running a live text coverage of the sprint race here.

When can I watch the highlights of the F1 Emilia Romagna GP sprint race?

In the United Kingdom Channel 4 is broadcasting highlights of the sprint race for the Emilia Romagna GP at 6:45pm BST on Saturday. The full programme will run for 90 minutes, covering qualifying, the sprint race and wrapping up the major talking points of the race weekend so far. 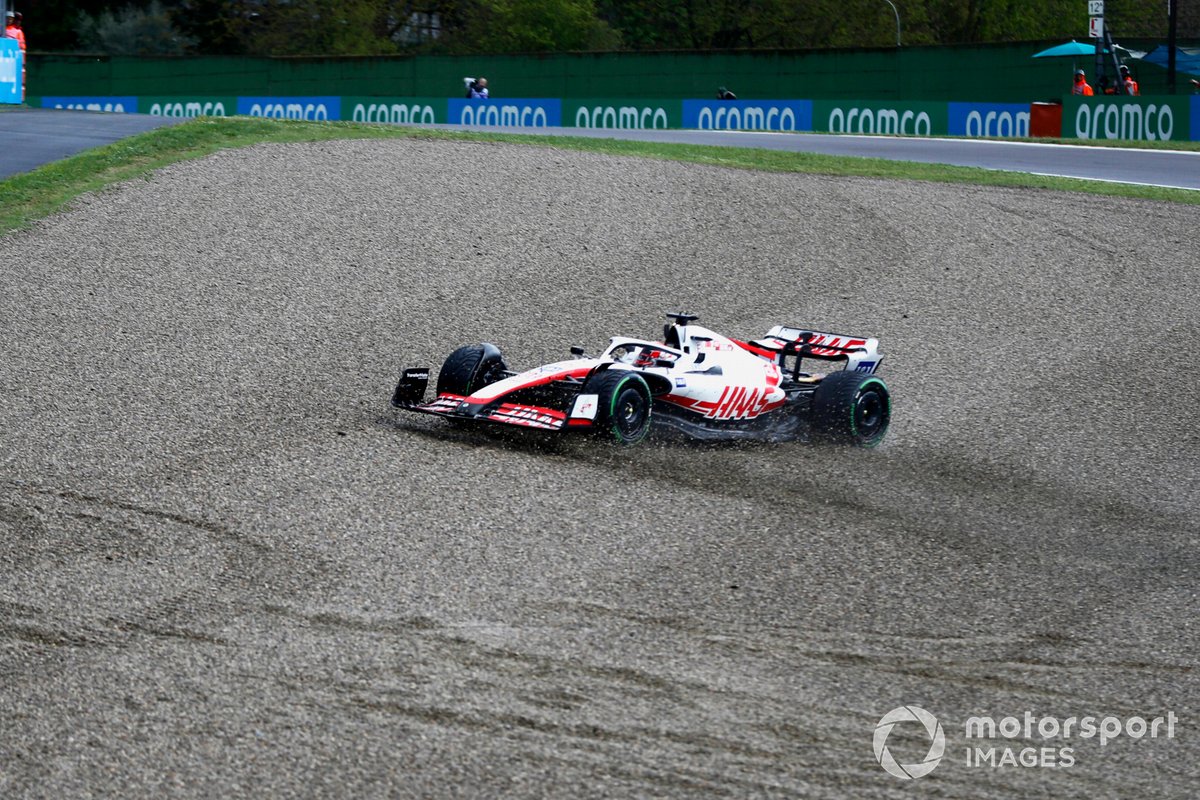 Magnussen was another to go off, but recovered to set the fourth-fastest time and secure Haas its best-ever qualifying position

Will the F1 Emilia Romagna GP sprint race be on the radio?

Coverage of the Emilia Romagna GP sprint race will start at 3:25pm BST on BBC 5 Live Sports Extra and the BBC Sounds app.

What's the weather forecast for the sprint race at Imola?

Dry, warm and cloudy weather is forecast for Saturday afternoon for the start of the sprint race at Imola. The temperature is set to be 20 degrees Celsius at the start, five degrees colder than qualifying for the Australian GP last time out.

"Lucky" Magnussen feared Imola F1 qualifying was over after spin

Norris "could have gotten Leclerc" for Imola F1 front row