The Briton, having qualified in 11th for the first sprint race of the season, which will take place on Saturday afternoon, remained at the top of the leaderboard with his 1m19.457s.

That gave him a slender 0.08s cushion to Perez, while Ferrari’s Leclerc was 0.2s in arrears.

Perez comfortably led the way in the first half of the hour-long session, as he kept whittling away at his personal best lap on the red-walled soft tyres to maintain his place atop the times.

It was Lance Stroll who first emerged onto the fully dry track, opting for a set of mediums as he was swiftly joined by Haas’ Mick Schumacher and the Alfa Romeo of Zhou Guanyu.

Lando Norris set an early banker to take top spot with a 1m23.821s before Lewis Hamilton brought the benchmark down to 1m21.880s on a set of mediums after eight minutes.

But then it was Perez who moved and, for a large chunk of the early afternoon run, remained at the head of the leaderboard as he completed a stint on the C4 compound soft Pirellis.

The Red Bull driver guided his RB18 around the three-mile lap in 1m19.978s to find eight tenths over his team-mate initially, while Yuki Tsunoda led the medium runners in third. 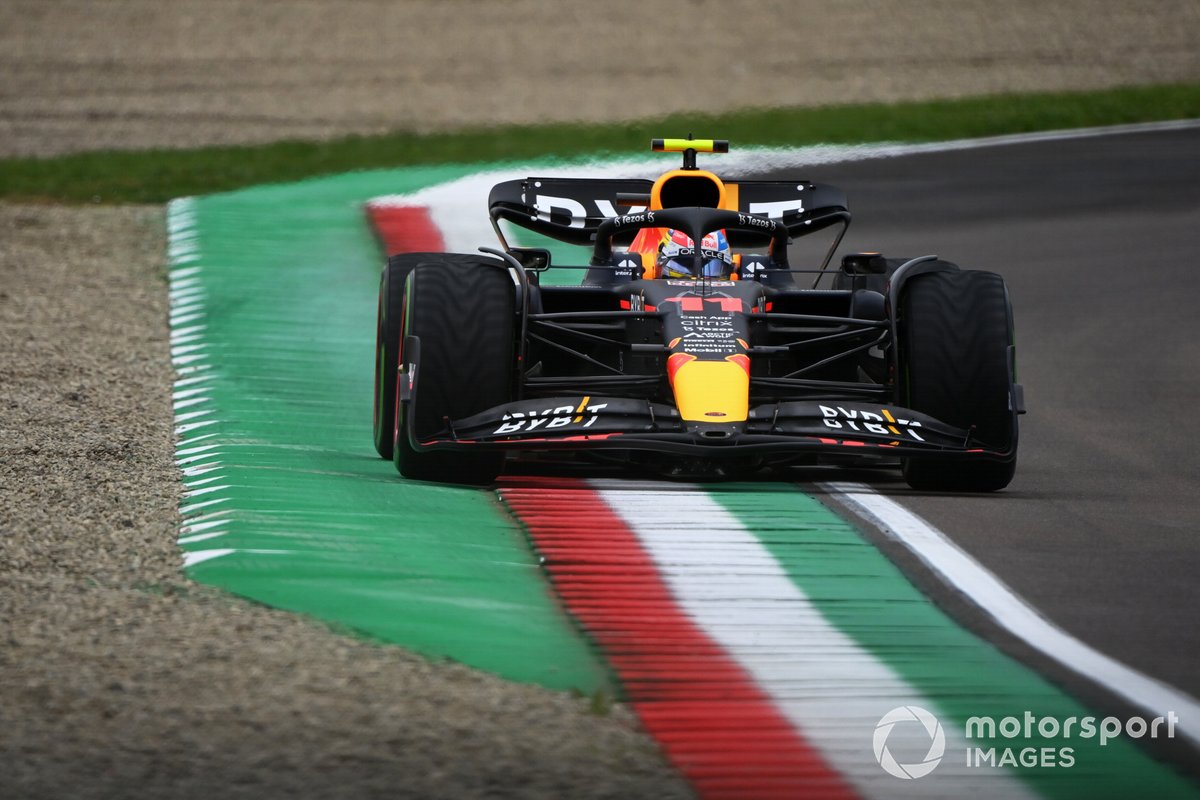 Perez appeared to be on a one-third-capacity low-fuel dash to mimic the shorter afternoon sprint race as he consistently turned in a run of laps in the high 1m19s and low 1m20s.

By comparison, Max Verstappen was in the high 1m20s for the bulk of his soft tyre run and occasionally nudged the 1m21s to suggest a simulation more akin to the full grand prix.

During his quick stint, Perez again improved to a 1m19.790s to lead over Russell.

But the Mercedes returned to the track after half an hour for a one-lap show run on soft tyres, with the Brit posting a 1m19.457s to top the session aboard his W13 by 0.3s over Perez.

Meanwhile, Hamilton dipped under the 1m20s for an eventual fourth to pull four tenths on defending champion Verstappen – who ended the session in ninth - before the run for headline times died down as half the field switched over to mediums.

Leclerc’s run plan was offbeat by comparison, as he stuck to the yellow-walled compound for the early part of the session as part of a near-20-lap stint on the Ferrari.

But as the final quarter of an hour approached, he returned to the track on soft tyres for a quicker stint and buzzed over the timing line in 1m19.740s to land second, ceding 0.2s to Russell but pipping third-fastest Perez by 0.05s as Carlos Sainz settled in sixth place. 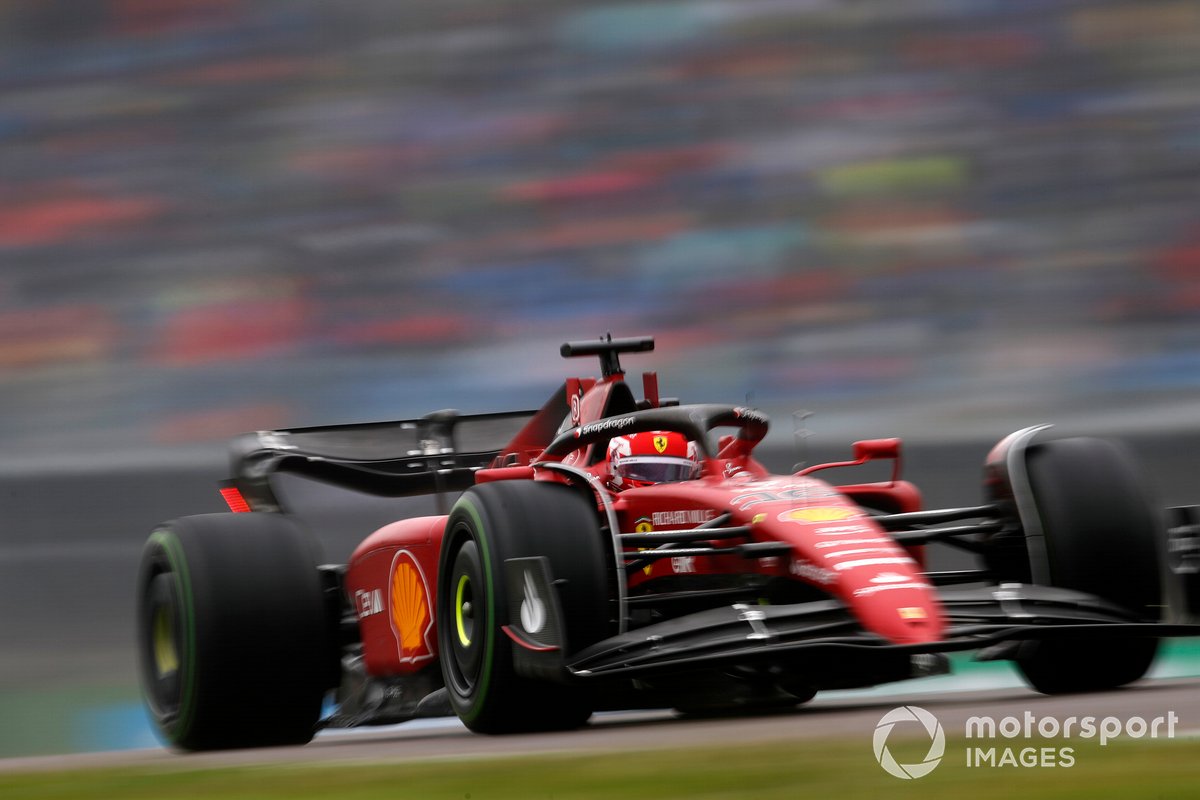 During Leclerc’s final run on soft tyres, he notably clattered the sausage kerbs at the Variante Alta chicane to trigger a massive slide that he eventually caught on corner exit.

Fernando Alonso matched his damp Friday afternoon qualifying result aboard the Alpine by running to fifth fastest ahead of Sainz, Verstappen and Tsunoda.

AlphaTauri, who struggled in qualifying as the track became wetter, restored some pace in dry conditions when Pierre Gasly ran to ninth ahead of Zhou.

Lando Norris’ task of starting the sprint race in third place was made harder as he will be without significant experience of dry running, managing just three laps before McLaren attended to a brake issue following the driver reporting losing the pedal into Tamburello.

He then snuck out for an out-lap after the chequered flag while everyone else managed at least 28 laps.

It was little better on the other side of the garage as Daniel Ricciardo missed the entirety of second practice, the Australian’s car having been spotted with its power unit removed.

Valtteri Bottas was also on the sidelines for the duration of the hour as Alfa Romeo sought to remedy the exhaust issue that forced the Finn to park up and cause a red flag in qualifying.