The pair of Silver Arrows flattered to deceive a little by heading out on soft tyres in the final 15 minutes of the session to feel the benefit of track evolution and duly climb to the top.

The Aston Martins headed out first as part of a frantic opening to the hour as all bar Alex Albon and Pierre Gasly emerged, and only Fernando Alonso opted against the hard tyres.

Unsurprisingly, on the quicker mediums Alonso soon set the pace with a 1m17.662s before Verstappen found a further four tenths on the slower white-walled rubber moments later.

After Mick Schumacher locked the front-right through the Turn 11 chicane to career over the gravel despite a very slow entry speed, the pacesetters hit similar misfortune.

Alonso was another to overcook Turn 11 before Verstappen pulled up with car trouble.

No sooner had Verstappen moved to the top of the leaderboard with his 1m14.714s effort on hard tyres, to sit pretty by a little over half a second, his RB18 ground to a halt. 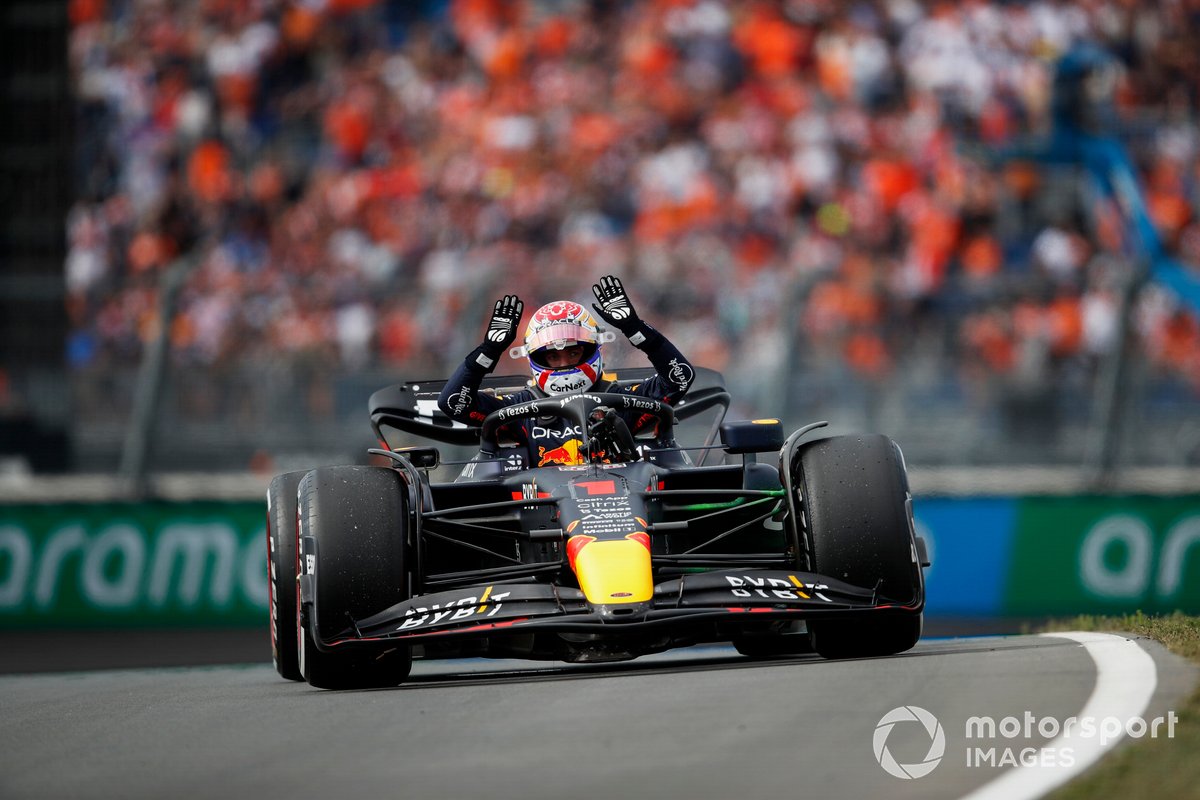 Max Verstappen, Red Bull Racing, climbs out of his car after stopping on circuit during FP1

Double waved yellows morphed into a virtual safety car and then a full red flag after 10 minutes when the gearbox seemed to fail on the exit of Turn 2 with a puff of smoke.

The home hero coasted to a stop on the exit of Turn 4 before vacating the car that had gained a new power unit for the Belgian Grand Prix last time out, which Verstappen won.

Notably, the Red Bull mechanics had been given permission to break a seal to change the main shaft locking insert on Verstappen’s gearbox earlier during Friday morning.

It took the better part of 10 minutes for the session to resume but during the interval, Schumacher was investigated and cleared for leaving the pit lane under the red flag.

With 40 minutes left on the clock, Hamilton - running an older powertrain while the engine from his Spa crash with Alonso is recovered - switched to softs and led the field back out.

The papaya McLaren briefly enjoyed its time in the sun before, with 33 minutes to go, Sainz rocketed to the top aboard his F1-75, the Spaniard lowering the benchmark to 1m12.845s. 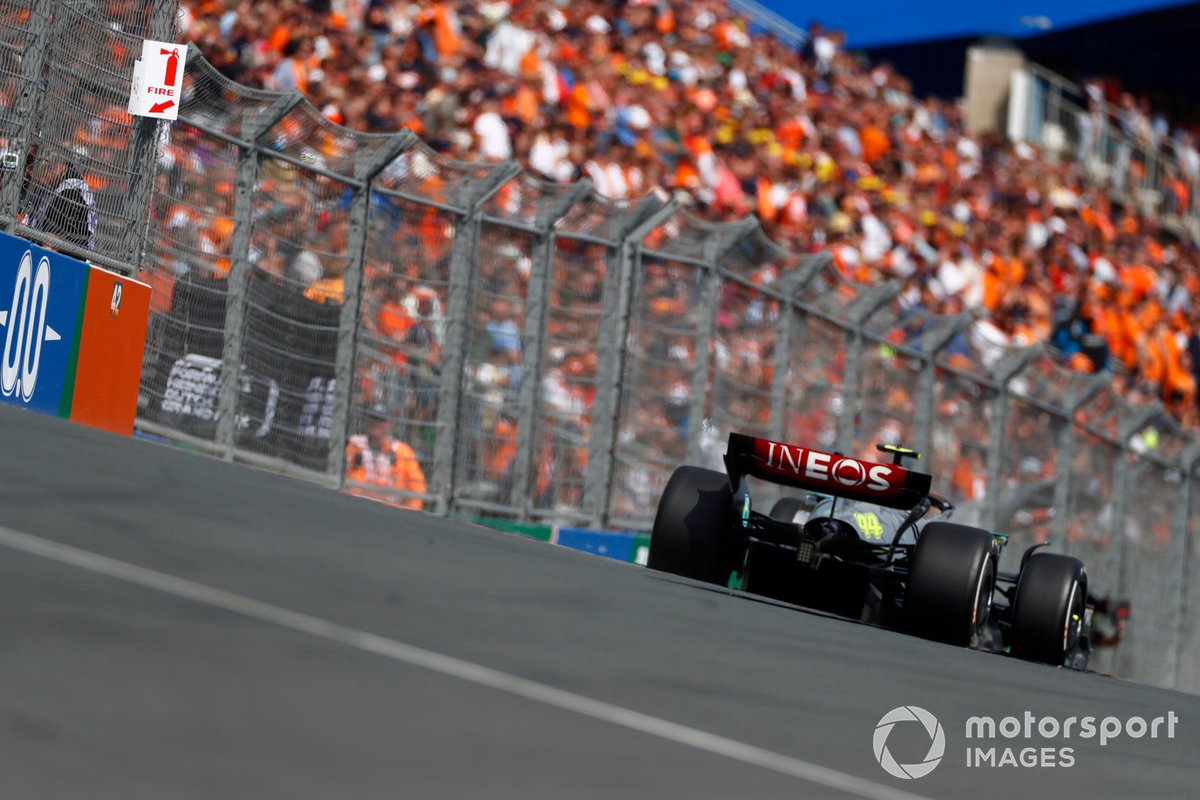 As the majority of the field switched to heavier fuel runs, the Mercedes emerged with a raft of set-up tweaks and used the one-lap pace enjoyed at similarly downforce-dependent Budapest to run fastest.

Russell was first to run on softs, the Hungary GP polesitter buzzing the timing line in 1m12.455s to set what would be the quickest time of the session.

Hamilton headed out shortly after Mercedes had finished fettling his W13, and the seven-time champion ran 09.24s adrift of his stablemate owing to his 1m12.695s personal best.

Hamilton did not endear himself to several of his rivals, the Brit flagged for holding up Kevin Magnussen into Turn 1 and then Leclerc through much of the first sector.

After their complaints came and went, Hamilton was further called out by Sainz - the Ferrari driver accusing the Silver Arrows pilot of holding him up on the approach to the final turn.

Similarly, Norris and Sebastian Vettel ran wheel to wheel squabbling over track position late on, but all these incidents passed without investigation from the stewards.

After the session Hamilton was summoned to see the stewards for allegedly impeding Sainz, while Vettel was called in for the same reason due to his near-miss with Norris.

With few late improvements, Russell sat top over Hamilton when the chequered flag emerged as Sainz ended up leading the Ferrari change, albeit the British GP winner was four tenths adrift of the Mercedes. 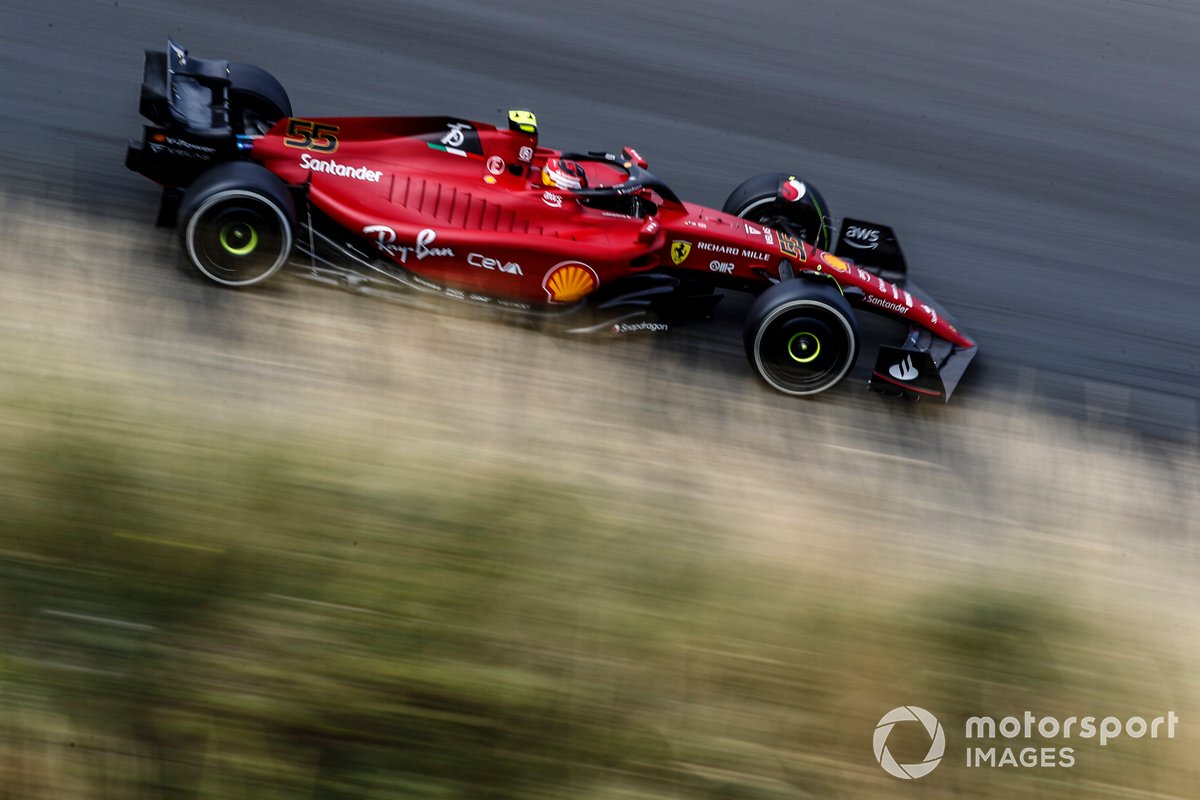 Norris, meanwhile, led a competitive McLaren front with fourth on a 1m12.929s, pipping team-mate Ricciardo by a tenth and a half.

Leclerc, meanwhile, was a subdued sixth ahead of Sergio Perez. The Red Bull driver turned in a messy session, locking up and running wide through the famed banked Turn 3.

He then was somewhat fortunate to keep the RB18 out of the wall, the Mexican running wide through Turn 9 and sliding over the gravel to come within inches of the advertising hoarding.

Alonso led Esteban Ocon for Alpine as Albon completed the top 10 ahead of Schumacher, Lance Stroll, Magnussen and Gasly.

Vettel ended up in 15th ahead of Zhou Guanyu, the Alfa Romeo driver kept in the garage for a big chunk of the hour as the team used the red flag to alter his set-up.

Yuki Tsunoda ran to 17th ahead of Valtteri Bottas, while Verstappen was shuffled to 19th ahead of Nicholas Latifi.