Charles Leclerc edged out George Russell by just six-hundredths of a second to top final practice for the Formula 1 Dutch Grand Prix.

After leading a Ferrari 1-2 in second practice on Friday evening, Leclerc continued his good form so far this weekend at Zandvoort by closing out FP3 at the top of the timesheets.

Leclerc finished just 0.066 seconds clear of Mercedes driver Russell, while home favourite Max Verstappen could only muster third place, a further tenth of a second off the pace.

It came after Verstappen had initially set a blistering pace with his opening runs in FP3, immediately beating Leclerc’s benchmark from Friday on his first flying lap.

Despite reporting a loss of grip after just a single lap, Verstappen managed to whittle his best time down to a 1m12.196s with his first set of softs, putting him half a second clear of the field after the opening runs.

But following the switch to a fresh set of tyres and some set-up changes on his Ferrari that saw the car up on jacks for a portion of the session, Leclerc was able to claim P1 during the late qualifying simulations.

Leclerc set a best lap time of 1m11.632s, finding around a second from his previous best in the session to give him top spot at the chequered flag.

Verstappen got on the throttle too early exiting Turn 3 on his first flying lap at the end of the session, forcing him to catch the rear of the car to avoid a spin. The Dutchman’s effort came in two-tenths slower than Leclerc’s benchmark as a result.

It prompted Verstappen and Red Bull to go for a second push lap a few minutes later, but Verstappen ran a bit wide at the exit of Turn 3, meaning he could only make a small gain to finish the session 0.161s off the pace. 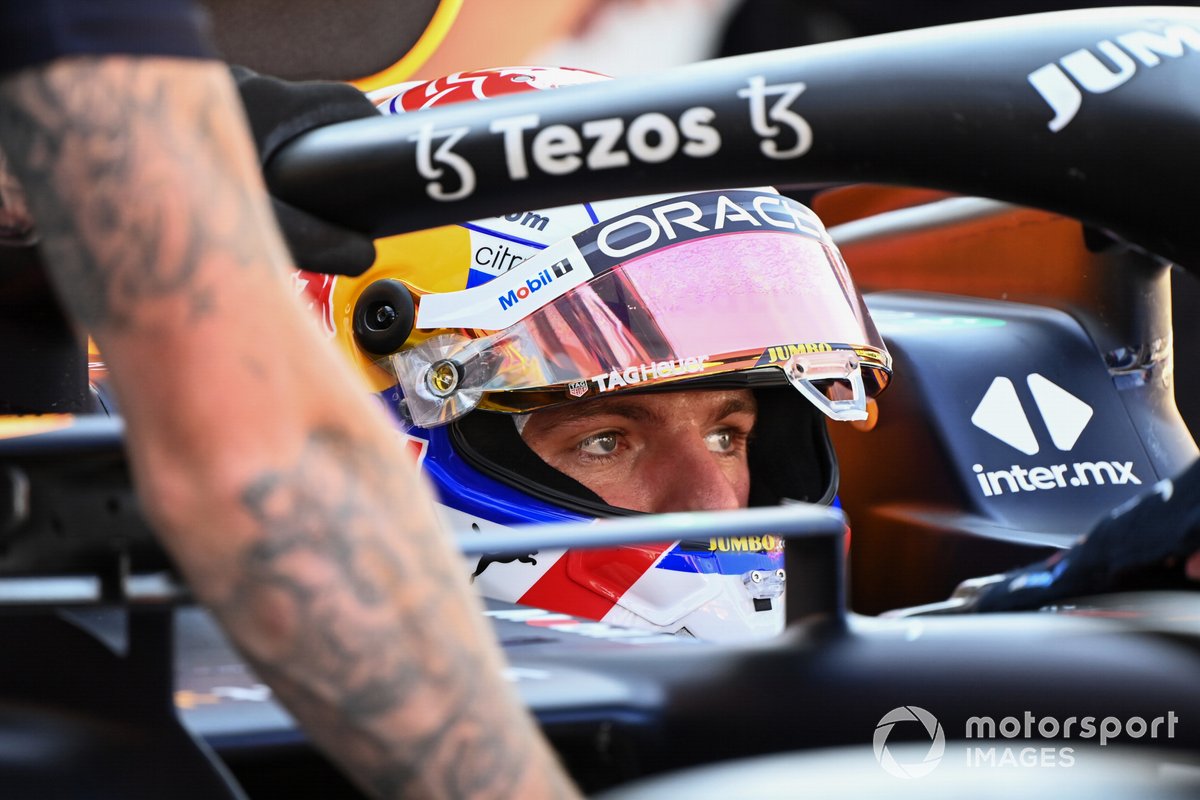 Carlos Sainz took fourth place for Ferrari, having briefly sat in top spot following his late qualifying simulation. He finished three-tenths off team-mate Leclerc at the head of the field.

Lewis Hamilton was also unable to match his team-mate’s pace as he took fifth overall, half a second back from Leclerc and over four-tenths off Russell in the sister Mercedes W13. Hamilton reported some traffic issues through FP2, while Russell spotted some pigeons sat on the apex at Turn 7 during one of his early laps.

Red Bull opted for two runs with Sergio Perez late in the session as well, but he could only finish sixth, 0.544s off Leclerc’s best time. Perez also faced criticism over the radio from Sainz, who complained about being held up into Turn 10.

Fernando Alonso and Sebastian Vettel were two of the biggest gainers during the final runs in FP3, leaping up to seventh and eighth place respectively, while Mick Schumacher and Lando Norris managed to round out the top 10.

Kevin Magnussen capped off a good session for Haas by taking 11th, half a tenth off team-mate Schumacher, while Lance Stroll was 12th overall for Aston Martin.

Alex Albon briefly sat as high as third for Williams in FP3 after being one of the first drivers to switch to soft tyres, but he eventually fell back to 13th. Esteban Ocon took 14th for Alpine ahead of AlphaTauri’s Pierre Gasly in P15, the Frenchman fortunate to avoid a late-session crash after running wide onto the grass at Turn 9.

AlphaTauri team-mate Yuki Tsunoda wound up 16th in PF3, two-tenths back from Gasly, while Daniel Ricciardo was over seven-tenths of a second slower than Norris for McLaren, leaving him 17th.

Alfa Romeo drivers Valtteri Bottas and Zhou Guanyu ended practice 18th and 19th respectively, having both spent spells of the session in the garage while the team worked on their cars. It limited Alfa Romeo to fewer laps than any other team, and left its drivers only ahead of Nicholas Latifi as the Canadian rounded out the classification in 20th for Williams.