As late summer trips go, a motorsport enthusiast will be hard pressed to find a more appealing option than coupling a four or five-day city trip to vibrant Amsterdam with the boisterous F1 Dutch GP at Zandvoort. And packages to get you there are still available through Motorsport Tickets, now with the added benefit of no service fees (10%) when using the discount code ‘DutchF1’.

Max Verstappen will come to his home race in the Netherlands as the world championship leader. Despite a race weekend in the form of Belgium still on the programme until then, his current 80-point lead over his closest rival Charles Leclerc means no one can displace him from first place – even in Zandvoort (2-4 September).

This guarantees the Orange Army will be in energetic mood in support of the home hero. In 2021, the first year of F1’s return to the North Sea coast, only 70,000 spectators were allowed due to the COVID-19 regulations.

Nevertheless, the atmosphere throughout the weekend made for one of the events of the year, and with over 100,000 fans expected on each day this year, 2022 promises to be even more spectacular.

"We could have sold a million tickets," says promoter Jan Lammers. "It's hard to put into words what's going on in Holland right now.

"We're happy about it, it's fantastic. The spectators, the drivers and the teams put on a great show."

Owing to the race’s popularity, regular ticket vendors for 2022 are already sold out. However, ticket and hotel bundles are still available via Motorsport Tickets. 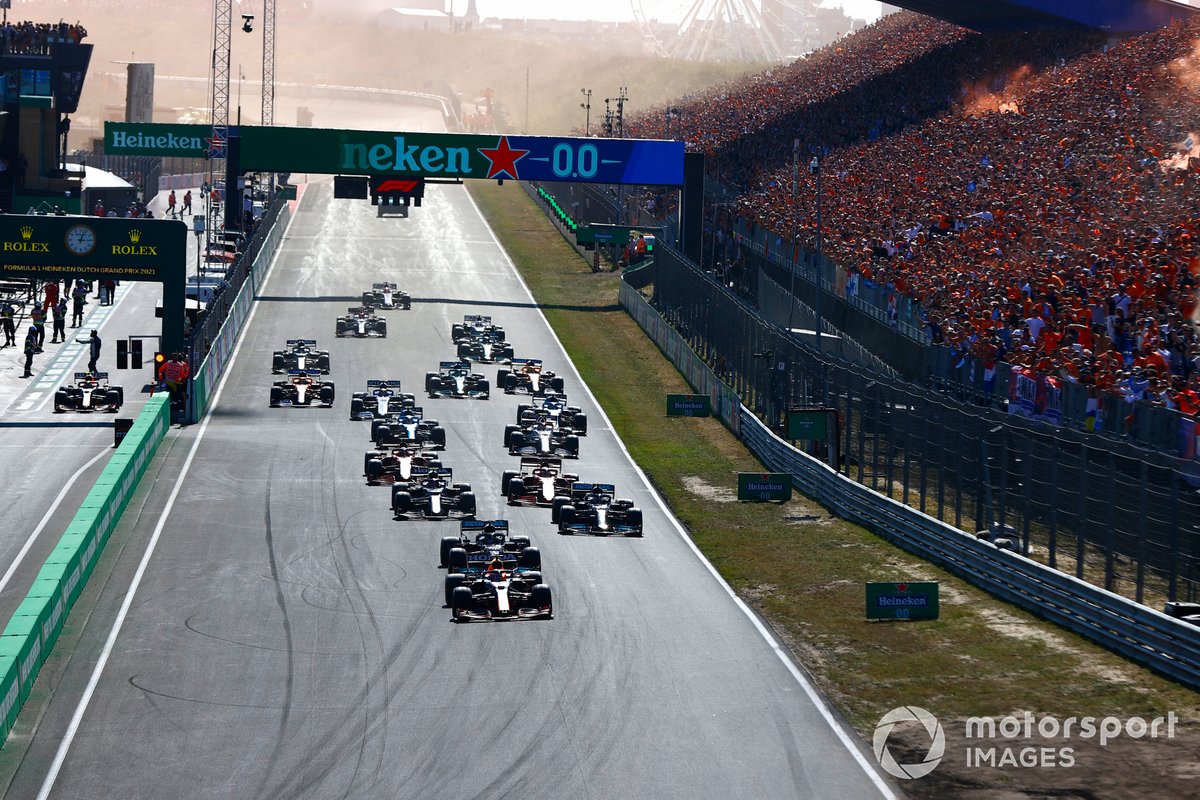 Motorsport Tickets, an affiliate of Autosport within the Motorsport Network, is offering ticket options with complete hotel packages. These are selling fast and can now be booked without service fees using the discount code ‘DutchF1’ – saving customers on average 10%.

Zandvoort made such a splash on its return, it is already considered by many a grand prix that every Formula 1 fan must experience live. The track on which legends such as Juan Manuel Fangio, Jochen Rindt and Niki Lauda tasted victory, is considered an absolute test of courage. The current modernised circuit retains its spectacular steeply banked final corner – unique to the Formula 1 calendar.

From the beach party in Zandvoort to the city of Amsterdam

Away from the racing there is plenty to enjoy. With the sea only a stone's throw away from the racetrack beach parties throughout the weekend are numerous, or you can end the evening comfortably in one of many the bars or coffee shops in the city centre of Zandvoort.

And Zandvoort is also brilliantly connected to Amsterdam. Half an hour by train (away from the traffic jams) and you will find yourself at Amsterdam Central Station, where you can explore one of the most dazzling metropolises in Europe with its hip art scene, historic old town, stunning cannels and gastronomic highlights away from the immediate Formula 1 hustle and bustle.

Hotel packages including tickets for the entire race weekend are now available from Motorsport Tickets from £1,222 for either four or five days. It's best to grab it now, because with the Orange Army hungry for more tickets it won't be long before this last avenue to be at the event is gone!