McLaren has already withdrawn from the race in Melbourne after a team member tested positive for coronavirus, and four further employees from Haas were also tested - but all were negative.

Australian health chiefs have made clear that any team which has an infected staff member will likely be put in quarantine, and that could be enough for the race to be called off.

However, Vettel also says that if things got worse in Melbourne - and staff were taken ill or worse - then the drivers would be strong enough to stand up and push for the race to be abandoned.

"I hope others would agree, and we hope it doesn't get that far, but if it were to get that far then for sure you pull the handbrake," said the German.

"I think we are a group of 20 guys and I think we've got together over the last years for various circumstances on various topics, and I think we share common opinion on big decisions and that.

"I would qualify it is a very, very big decision and ultimately, as I said before, you look at yourself.

"And we would, I think, be mature enough to look after ourselves and pull the handbrake in that case." 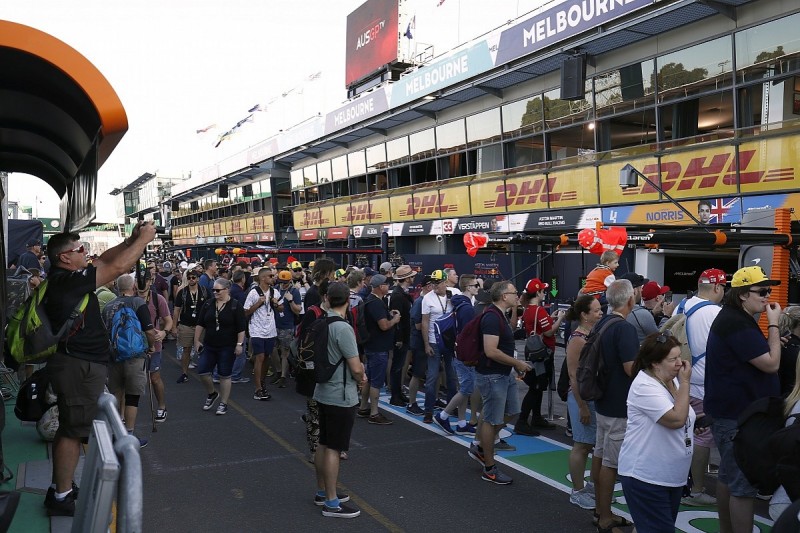 F1 drivers have been in contact with series bosses regarding how best to deal with the coronavirus situation in Australia.

It is understood the Grand Prix Drivers' Association (GPDA) wanted assurances that F1 would minimise the chances of the virus being transmitted between fans and the drivers - which is why autograph sessions and close contact events have been canned.

In a statement issued on Thursday, the GPDA urged everyone in the paddock to work together to try to get through the difficult circumstances.

"The GPDA has full trust in the Australian health authorities, the FIA, F1 and our teams to act with the best intentions to safeguard the health, welfare and safety of fans, officials, drivers and wider communities," it said.

"The GPDA has been in contact with F1 and FIA throughout last week and we know they are working hard and thoroughly on this challenging task.

"We are all in this together and no one takes this situation lightly.

"But [we] feel the responsibility falls on everyone, the locals as well as us global travellers, to be especially vigilant and cautious in these difficult times the coronavirus pandemic brings upon us all.

"To this end, the GPDA would respectfully suggest that we all, our Australian friends, fans, race community and drivers maintain a safe distance and avoid one to one contact like selfies, autographs and shaking hands.

"These proposed steps to mitigate risk are in line with relevant guidance provided by public health authorities."

Reigning champion Lewis Hamilton says that it is "shocking" that the Australian Grand Prix received the go-ahead, suggesting that "cash is king" when taking into account such decisions.