Several Formula 1 drivers have raised the possibility of Sebastian Vettel continuing as a director of the Grand Prix Drivers' Association even after his retirement.

Vettel, who announced his plan to stop racing in F1 at the end of the 2022 season on Thursday, has been a GPDA director since 2010, his first title-winning campaign.

He is currently one of three directors alongside Mercedes driver George Russell and Anastasia Fowle, who is also the organisation's legal advisor, plus its chairman, former F1 driver Alex Wurz.

Speaking in the pre-event press conference at the Hungaroring, Alpine racer Esteban Ocon said Vettel was "a great ambassador of all drivers" who "raised his voice when there was concern for our safety and for any sort of things that he didn't like in regards to drivers".

Ocon added: "On that regard I hope he doesn't stay too far away from the paddock."

When asked by Autosport if a possible replacement for Vettel in the GPDA would need to be similarly forthcoming on driver issues and if there was even such a candidate among the current field, Daniel Ricciardo and Valtteri Bottas outlined their thoughts on the possibility of Vettel staying on his role.

"But, yeah, Seb is a guy that a lot of the time just says it as it is and I don't mean too… that's not in aggressive way, he's just very honest and direct. 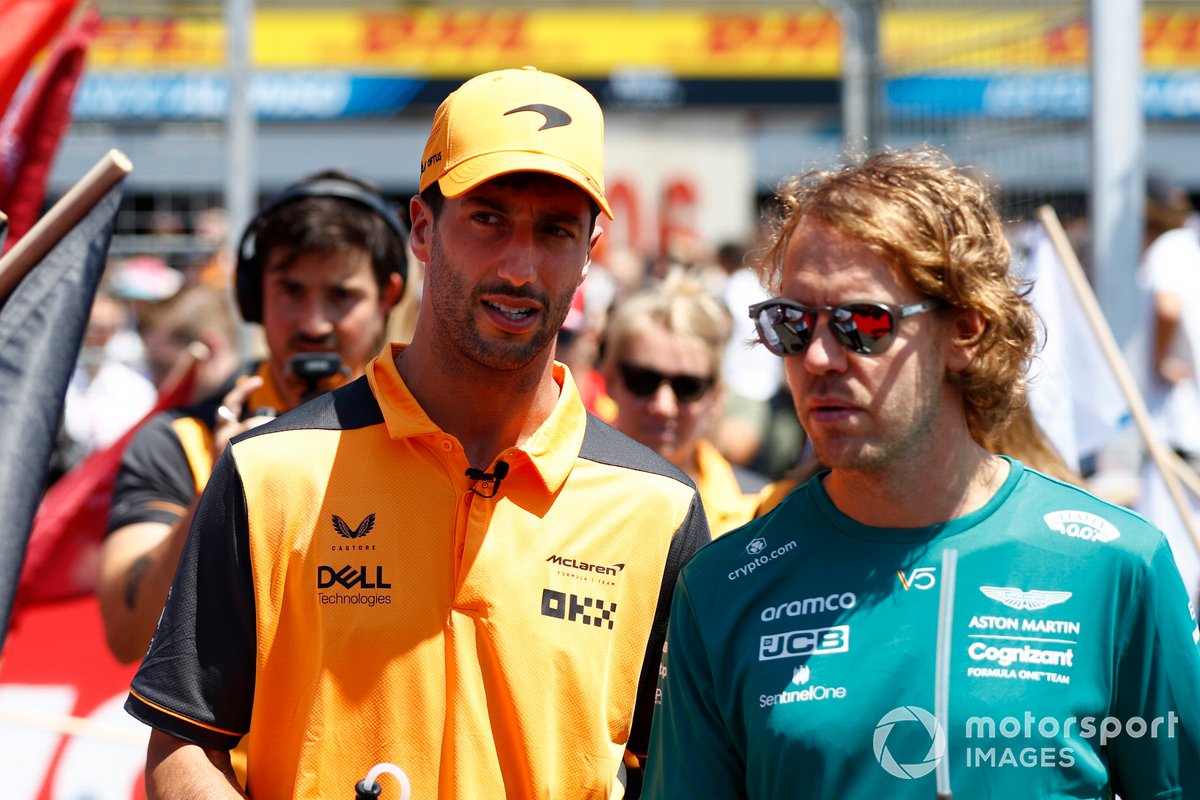 "And on topics like safety then we don't need to beat around the bush. So, I think his character is really good for that position.

"We'll see, it's obviously all very new news for us. I guess we'll discuss it internally and have a think who's a good replacement. But, yeah, he was great for us."

Alfa Romeo's Bottas said: "I feel like its quite hard to replace Seb in that kind of role because [of] the way he is – he's really straightforward and direct and doesn't go around things, just says things as they are and questions many things loudly.

"I hope he continues. Not sure if he is keen, but it would be great if he can continue."

An example of Vettel loudly campaigning for driver safety, even while on track, occurred at the 2021 Belgian GP, before and after Lando Norris crashed his McLaren at Eau Rouge after rain intensified both Q3, an incident that Vettel stopped at to see if the Briton was unhurt.

Recently, the Aston Martin driver received a suspended €25,000 fine for walking out of the Austrian GP drivers' briefing as he was unhappy about the focus being on issues such as track limits, rather than wider problems facing the drivers.