Last year, F1 drivers were given a platform to display their anti-racism stance with a special time set apart during the moments on the grid before the start.

But the gesture of taking a knee divided opinion among drivers, with not all opting for it.

While Lewis Hamilton led the charge, six of the 20 drivers - Charles Leclerc, Carlos Sainz Jr, Max Verstappen, Daniil Kvyat, Antonio Giovinazzi and Kimi Raikkonen – did not take a knee despite supporting the campaign.

The issue of whether or not to continue the moment was discussed between drivers and F1 CEO Stefano Domenicali at a meeting during Bahrain testing and a new plan has been agreed.

With F1 eager to tweak the approach to its ‘We Race as One’ messaging this year, with the iconic rainbow having been dropped, it will be altering what is done on the grid.

While a set time will be set aside for such a ceremony, F1 wants to use that to show a united support for a host of important issues where it feels awareness needs to be raised – such as sustainability, diversity and inclusion.

From the Bahrain Grand Prix, drivers will again assemble together on the grid, but it will be done collectively as a show of support for ‘We Race as One’.

The drivers will be left completely free to choose any gesture they want during this period, so those wishing to continue taking the knee can continue to do so. 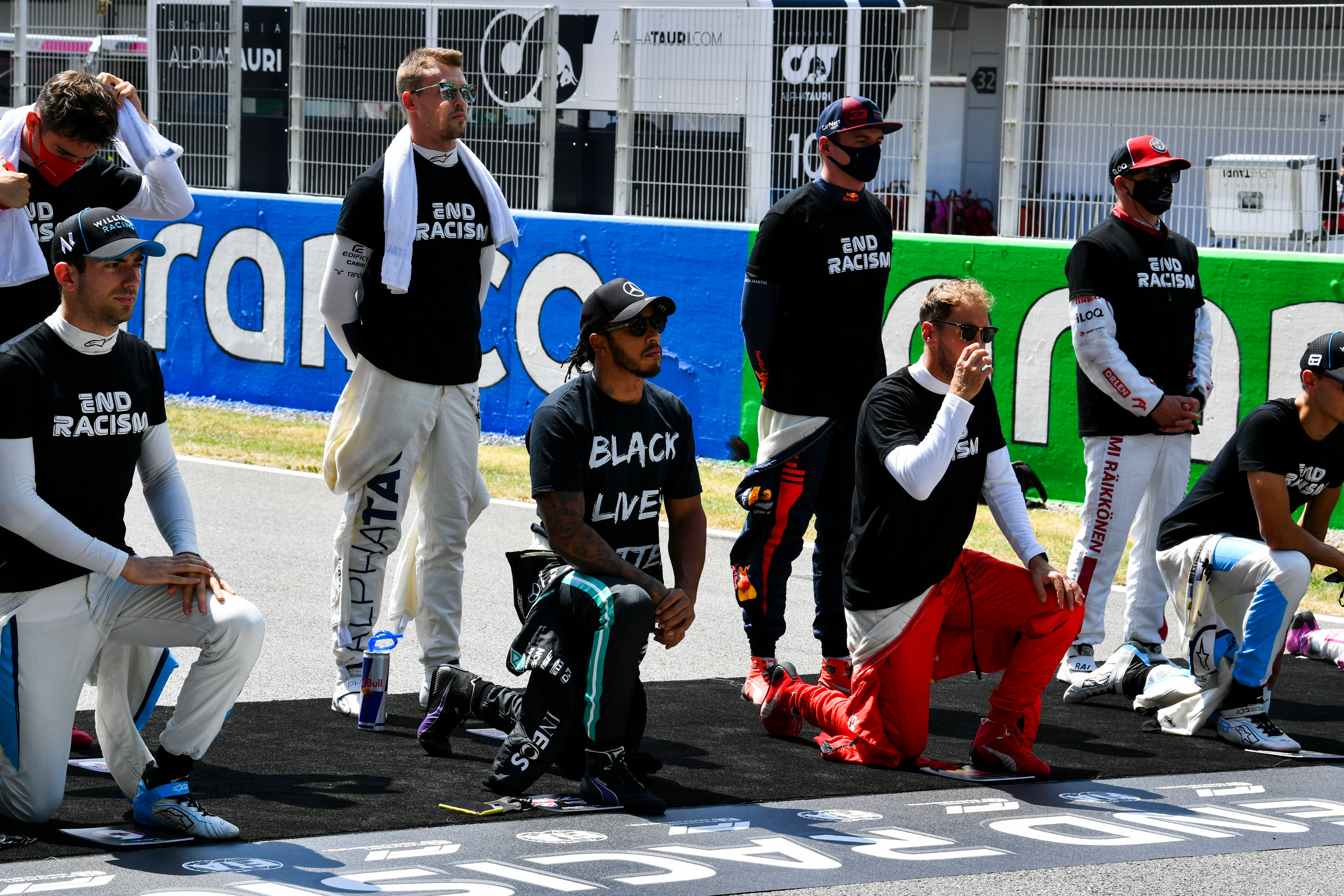 An F1 spokesman said: “The whole of Formula 1 is united in its support for #WeRaceAsOne and the drivers will all show their own support for the initiative ahead of the grand prix.

“The drivers will be free to show their commitment in their own way before the race and there will be no requirement for them to make a specific gesture.

"The important thing is all of them being together in full support of our initiatives on sustainability, diversity & inclusion and community.”

Hamilton said earlier this year that he felt that 2021 offered an opportunity for more action to be taken to improve the key issues at stake – rather than the focus being on specific gestures.

“I don’t think it is the most important thing that everyone does take the knee,” he said.

“I think it is more the action that we take in the background.

“Things pass and things die down. It is important that it continues to be an issue that affects my day to day life and so many people out there.”