Several Formula 1 drivers have asked fans attending the Dutch Grand Prix to keep smoke flares “to a minimum” after their usage at Spa obscured a section of the circuit.

The return of Zandvoort to the calendar for the first time since 1985 marks a home race for Max Verstappen.

Perimeter roads by the seaside track have been lined with flags, overwhelmingly showing support of the Red Bull driver.

Although there is no on-track action on Thursday, fans also queued up on the access roads on the approach to the circuit entrance in an attempt to spot drivers arriving on site.

But some racers, led by Mick Schumacher, have called for a degree of understanding with the use of the popular but “very smelly” orange smoke flares.

Verstappen’s team-mate Sergio Perez reckoned he felt embraced by the home crowd, saying “I’m sure they’re supporting the whole team”, the Mexican added that “we are all expecting a bit of a crazy weekend.”

Haas driver Schumacher went further and addressed spectators, requesting them to limit the use of the smoke flares seen most recently at the Belgian Grand Prix last weekend. 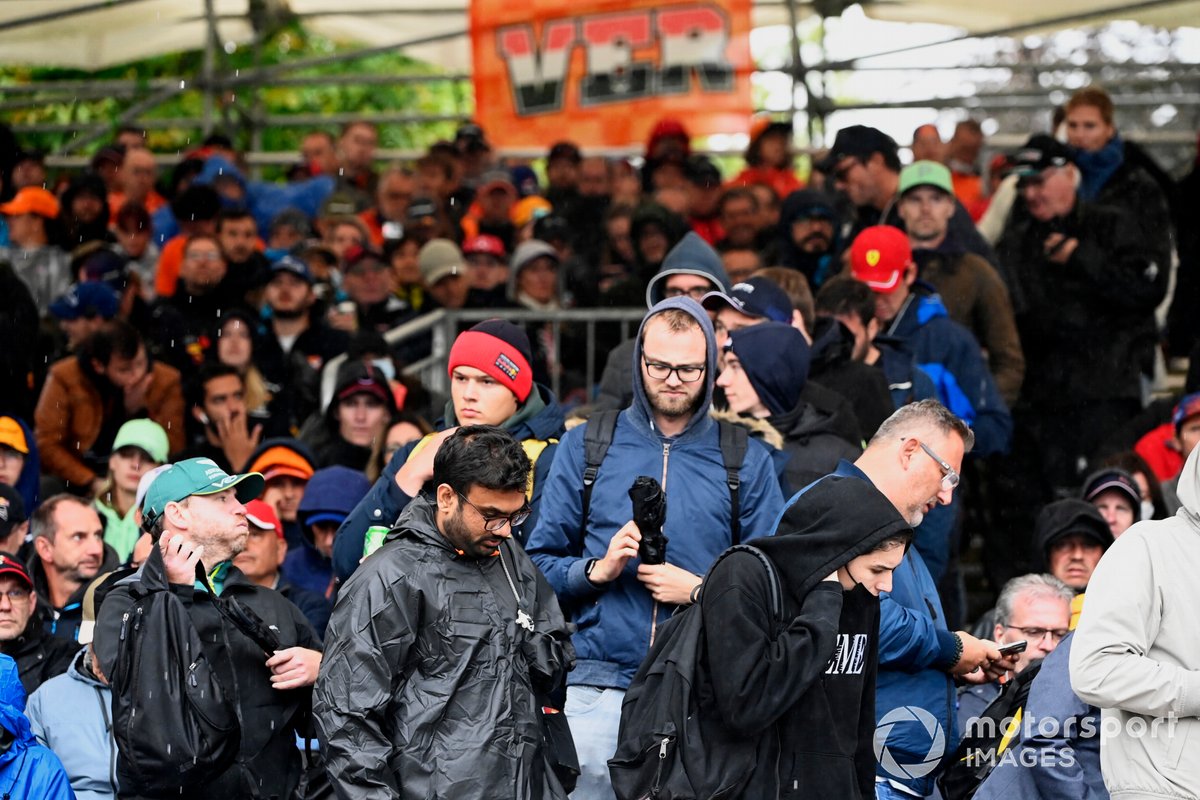 “[But] I was going to say, I hope they're not as many flares because like in Spa, it just all came on to the track.

“It also smells very badly, and it sits in the cockpit all the time.

“So yeah, guys, keep it to a minimum please".

Alpine driver Esteban Ocon, who was in the same pre-event press conference as Schumacher, reckoned the orange smoke at Spa had enveloped one of the turns.

He continued: “We couldn't see in one corner for the whole race.”

But the Hungarian GP winner expanded on the passionate Dutch supporters, adding: “I just arrived and the welcome we got from everybody and around the track on the Wednesday evening when I arrived and also on the Thursday with no track action is already fantastic.

“I can't wait to see the warm welcome we are going to have and how the whole city is enthusiasts.

“You see around, the town really changes when the Formula 1 is here and that's mega.”

Aston Martin racer Sebastian Vettel also alluded to the flares but came out in support of the smoke, saying that hopefully he would “taste a lot of orange!”.

McLaren’s Daniel Ricciardo added: “The Dutchies, they're always up for a good time.

“Seb said ‘tasting orange’, and I completely understood what he meant.

“I feel like the track is going to be covered in smoke a lot of the time with all the flare guns.”