Formula 1 race director Niels Wittich has formally confirmed that drivers will be allowed to run their cars across the pitlane entry and exit lines at this weekend's Azerbaijan Grand Prix.

Following Ferrari's failed protest against Max Verstappen at the Monaco Grand Prix for crossing the pit exit line, the FIA made clear that revisions to its rules over the winter have brought in a change of approach to what drivers can do.

Whereas previously drivers were in breach of the rules if they touched the lines, now it has been clarified that cars must not cross the line – which has been classified as having a 'full wheel' beyond it.

In pre-event notes issued by F1's race directors up until Monaco, it had been stated that drivers had to strictly keep to one side of the line.

But in light of the Monaco clarification, and a change in F1's International Sporting Code over the winter, Wittich has revised the message to teams and drivers for this weekend.

In his official event notes, the relevant section on the pit entry and exit lines ahead of the Baku weekend said: "In accordance with Chapter 4, Article 4 and 5 of Appendix L to the ISC drivers must follow the procedures at pit entry and pit exit."

This means that drivers can now go across the lines, as long as the full tyre does not go beyond it.

What the International Sporting Code says

The rules on the pit entry and exit lines are covered in Chapter 4 of Appendix L of the International Sporting Code.

The regulations were altered this year to move away from a rules breach being when any 'part' of a car had crossed the line, to now be a tyre. 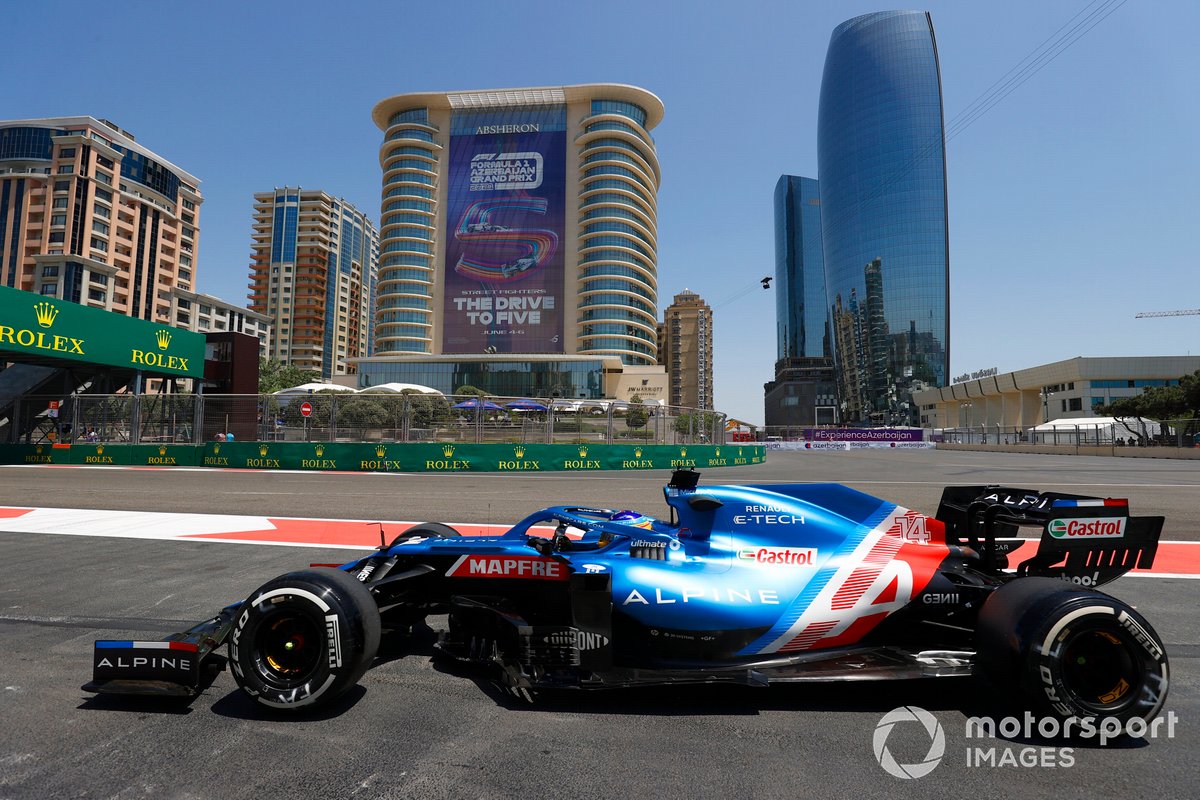 Here is what they say:

4. Entrance to the pitlane

a) The section of track from the first safety car line (SC1) to the pitlane is designated the "pit entry".

b) During competition, access to the pitlane is allowed only through the pit entry.

c) Any driver intending to leave the track or to enter the pitlane should make sure that it is safe to do so.

5. Exit from the pitlane

a) The section of track from the end of pitlane to the second safety car line (SC2) is designated the "pit exit".

b) There will be a green light and a red light (or similar signs) at the pitlane exit. Cars may only leave the pitlane when the green light is on (or sign is displayed).

c) Except in cases of force majeure (accepted as such by the Stewards), any tyre of a car exiting the pitlane must not cross any line painted on the track at the pit exit for the purpose of separating cars leaving the pitlane from those on the track.