Following the re-introduction of national lockdowns in France and Germany earlier this week, the British government is set to shortly announce a full lockdown will return next Thursday.

The previous lockdown in the UK began in March, with strict measures staying in place until July in a bid to reduce the transmission of COVID-19, resulting in a drop in both positive cases and deaths.

But record case figures and projections of a far higher death toll in the UK have prompted a re-introduction of many measures, which is set to be effective from Thursday and lasting until 2 December.

Manufacturing industries will be encouraged to continue, and although most international travel will be banned, it is due to be permitted for work purposes.

During the initial UK lockdown, a number of F1 teams furloughed staff and shut down their factories in a bid to cut costs before the season managed to begin in early July.

It is understood that F1 officials remain confident the series will function as normal despite incoming measures thanks to the exemptions those working in the paddock are granted. 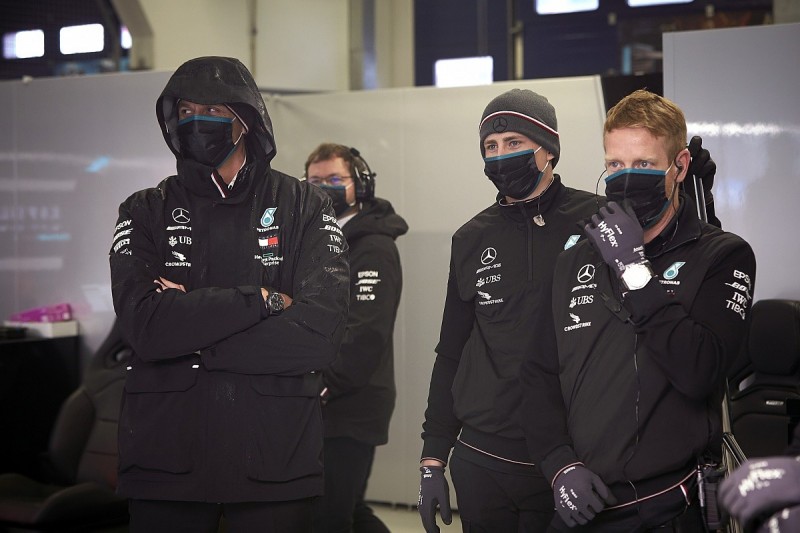 Asked by Autosport about the challenges a second lockdown will bring, Mercedes team principal Toto Wolff felt F1 would be able to work around it.

"The lockdowns that we see in Europe now are very different to the lockdowns in spring," Wolff said.

"Back in spring, it was a complete shutdown of any activity, going to work, being on the street.

"I think this time, at least from what we can see from France and Germany, access to pubs, restaurants and leisure places has been stopped or has been curfewed, but going to work is still permitted for the ones that need to go to work.

"It will impact our lives, that's for sure. It will heavily impact some industries. But I think we can find a way of working around it."

F1 still has four more stops on the 2020 calendar in Turkey, Bahrain (double-header) and Abu Dhabi, all of which are set to be held behind closed doors.

Wolff said it was up to the individual health authorities in these countries to decide on measures, but was confident F1 posed little risk by staging races thanks to its stringent testing protocols.

"It's in the hands of the health authorities in the countries that we are visiting to accept motor racing and host us," Wolff said.

"These guys decide if it's too much of a risk, then obviously we can't race there.

"I believe that Formula 1 has done really a great job, the FIA, FOM and the teams, in running a championship, contrary to many other championships that are either run in a much reduced way or totally confined in some area.

"We've been travelling from country to country, we've kept in our bubbles, we've had very few positive COVID cases.

"That's why I don't think we're really providing a risk to any country that we are visiting, because we are probably the safest group of people out there."

The formal COVID-19 screening completed by F1 and the FIA has resulted in more than 60,000 tests being completed, 54 of which have returned positive, according to F1's figures.

McLaren team principal Andreas Seidl echoed Wolff's confidence in F1's protocols, and was hopeful of adjusting to any new circumstances the British contingent of teams faced. 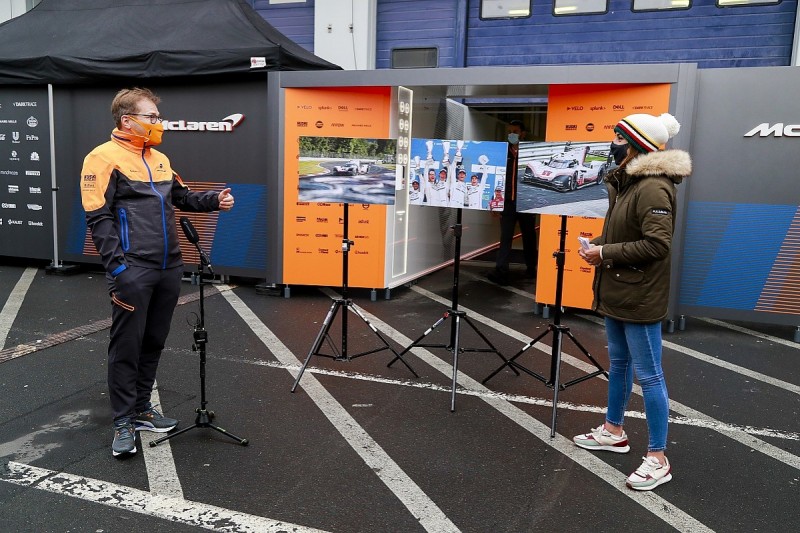 "With all the protocols, and things we have in place here for F1, for our own little world, I think we are still quite feeling quite safe," Seidl said.

"The health and safety for our people is, is protected, which is the most important thing. But of course, we see what's going on in the world and it's also clear that we are all not immune, despite all the efforts we are making regarding this pandemic.

"The situation is quite dynamic at the moment. There is no change in any of the plans, we still plan to go ahead with all the races coming. And I think we simply have to take it like that."

Williams head of vehicle performance Dave Robson felt it was "difficult to know" what impact of a second UK lockdown would have on teams, but was optimistic the season would be completed.

"With everything we've got in place, I think we've got a good chance of seeing [the season] out but inevitably when we get back home, and even just doing the travel to and from the venues, we're increasingly at risk as the general population are," Robson said.

"Cases are rising, so it's hard to say. I think we've done and are doing everything we can, but it could get difficult quite quickly.

"At the moment, it's worked out probably way better than we thought it would back in the spring, but it is definitely going to be very challenging for the final few races.

"The only thing I can say is it is definitely going to be hard."