Ross Brawn has revealed plans to push Formula 1 teams to end their culture of secrecy, as part of a bid to improve the experience for fans

F1's new motorsport managing director believes opportunities are being missed by not exploiting the wealth of data the teams have available on digital platforms, to boost fan engagement.

He says new owner Liberty Media is working with technology partner Tata Communications on changing that, using apps and augmented and virtual reality, but acknowledges the key will be getting teams to be more open with telemetry and simulation data.

"It's thinking with a bigger picture - let's stop being so competitive in certain arenas," he told Autosport.

"We know we need to beat each other, but can we cross that barrier and instead say, what we want is a much bigger business.

"And if we all do it, nobody is going to be disadvantaged or advantaged.

"I remember it was the same with team radio. Teams didn't want radio conversations broadcast, but now it is a very interesting aspect of the race and nobody thinks about it any more.

"We haven't got our ideas straight on what we feel would be the right requirement from the teams to take this forward.

"I don't want go out and ask for a bit of this and a bit of that. We really need get our idea straight and we're in that process.

"It will take a little while and we can cross that barrier of secrecy."

Brawn says his time away from the coalface between leaving Mercedes at the end of 2013 and starting his new role highlighted what F1 was missing out on, particularly with race strategies. 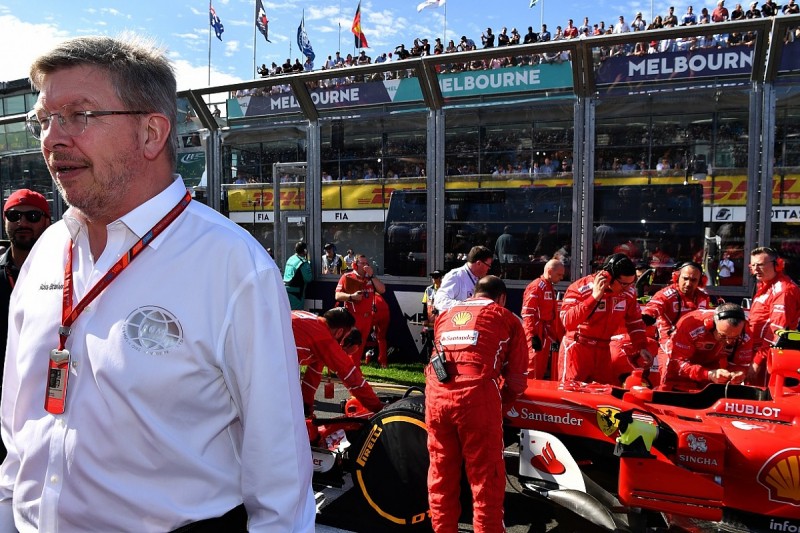 "There is a great layer of information in Formula 1 that we should be making available to the fans, so the fans can watch at whatever level they want to engage in," he added.

"I had three years as a TV enthusiast and what I missed was the ability to keep going deeper and deeper into what's going on in the race.

"I was used to pitwall environment where I had all the information and I had the analysis from my experts being fed in to me as well. So I had a picture of the whole race.

"Imagine that you have all the information available that the strategists have on the pitwall, to decide when they do a pitstop."

Tata has already conducted tests for 'internet' broadcasts, and Brawn says that means F1 has "got a platform to almost do whatever we want".

Tests incorporating additional data from teams could take place this year, with a view to a proper introduction in 2018, while F1 is set to offer fans WiFi at grands prix.

"That's definitely coming," Brawn said said. "It's being worked on.

"The things I've spoken about - following a race and understanding the strategy and working out pitstops - if you could do that on a grandstand, on your portable device, imagine how great that would be."