Wolff's comments follow a debate about Hamilton's popularity in the United Kingdom, sparked by a press conference question regarding his "Britishness" at the British Grand Prix at Silverstone.

"I think certainly racing in front of his home crowd in Silverstone he wants to do particularly well," said Wolff.

"And that puts an additional tension and intensity into the situation.

"For me many of the best sports stars in the world, they polarise. You will have heard similar comments about Serena Williams.

"Half of the people love her and want her to win everything, and the other ones cheer for the opponents.

"And I think you'd rather polarise than be down the middle and boring. That's my opinion." 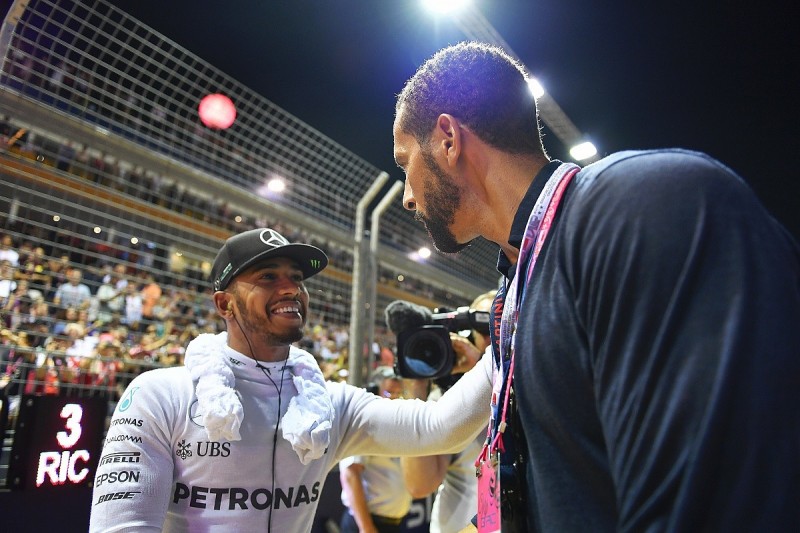 Hamilton was defended on Instagram by ex-Manchester United footballer Rio Ferdinand, who had said in his post that "racist undertones in questioning Hamilton's patriotism should not be underestimated".

When Hamilton was told of Ferdinand's message, Hamilton said: "I can understand his opinion and he has a right to that.

"I think it's not a route that I particularly want to go down.

"Every day is an opportunity to elevate and to shine and to do something new. My mum's white, my dad's black. I've got the best of both worlds.

"I've got supporters from all religions, all different ethnic backgrounds and I love that hopefully, I'm a part of helping bring people together that perhaps wouldn't be together in the past.

"I've got fans that have met each other at a race, proposed in front of my car.

"I've got fans that have different groups around the world who have met people in their city and connected and watched the Grands Prix together and they would never have met before without me being here. And I'm really, really proud of that."

Video: The fear Mercedes is playing with its Formula 1 rivals