The final hour of practice before qualifying started in cold and wet conditions after heavy rain, which had hit Montreal regularly over the past few days, arrived early enough on Saturday to disrupt proceedings.

At the start of the session on a soaked Circuit Gilles Villeneuve, the four cars from Haas and Alfa Romeo gingerly headed out for exploratory laps on extreme wets, soon joined by Ferrari pair Charles Leclerc and Carlos Sainz.

Haas' Kevin Magnussen and Mick Schumacher went round straight away for laps well in the 1m40s as puddles made the Montreal street circuit particularly treacherous, Magnussen settling on a 1m39.148s before heading to the garage.

While few other drivers were in a rush to go out, several acknowledged the need to get a feel for the conditions in the knowledge that qualifying could take place in similar circumstances later on.

After straight-lining the Turn 1/2 complex, Aston Martin's Sebastian Vettel found more grip to go top with a 1m39.041s and then 1m38.294s after 15 minutes, which triggered a flurry of improvements, with Alfa's Valtteri Bottas then clocking a 1m.37.909s.

Ferrari's Carlos Sainz dramatically lowered the benchmark before the halfway point with times of 1m36.831s and 1m35.858s amid countless off-track excursions from his colleagues. 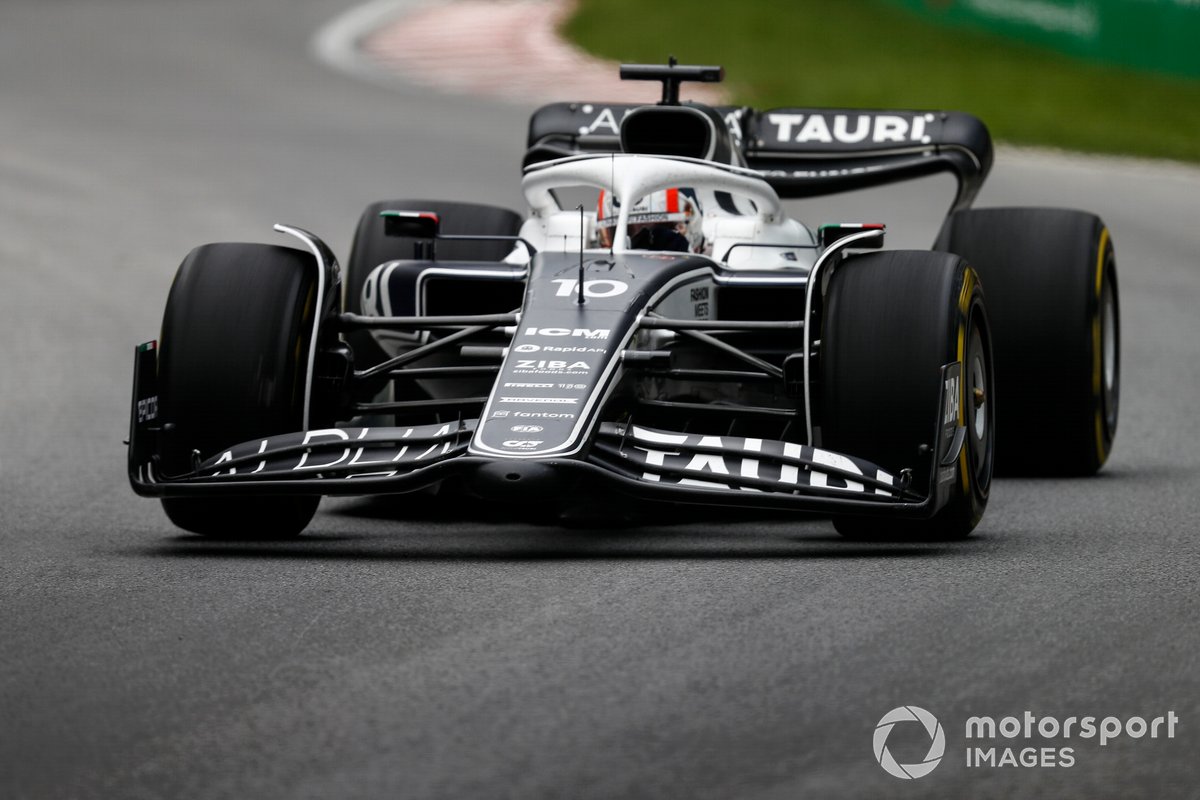 The cars from Red Bull and Mercedes joined the fray after halfway - Mercedes without the double stay on the floor after murmurings of rival protests - although the Red Bulls initially didn't set laptimes.

Instead it was Vettel who continued amassing mileage and the four-time world champion also went top with a 1m35.821s with 20 minutes to go.

The German started trading fastest times with Alpine's Alonso in what felt like an echo from a previous era, with Alonso's 1m33.836s netting him the lead into the final 10 minutes as both drivers switched to intermediates.

Magnussen caused the most noteworthy incident of the session by going straight on in Turn 1 and then crossing the track, narrowly keeping his Haas out of the TecPro barriers while forcing Russell to take avoiding action.

Minutes later world champion Max Verstappen suffered a similar scare after spinning off in Turn 2 on intermediates, the Dutchman too escaping without damage. 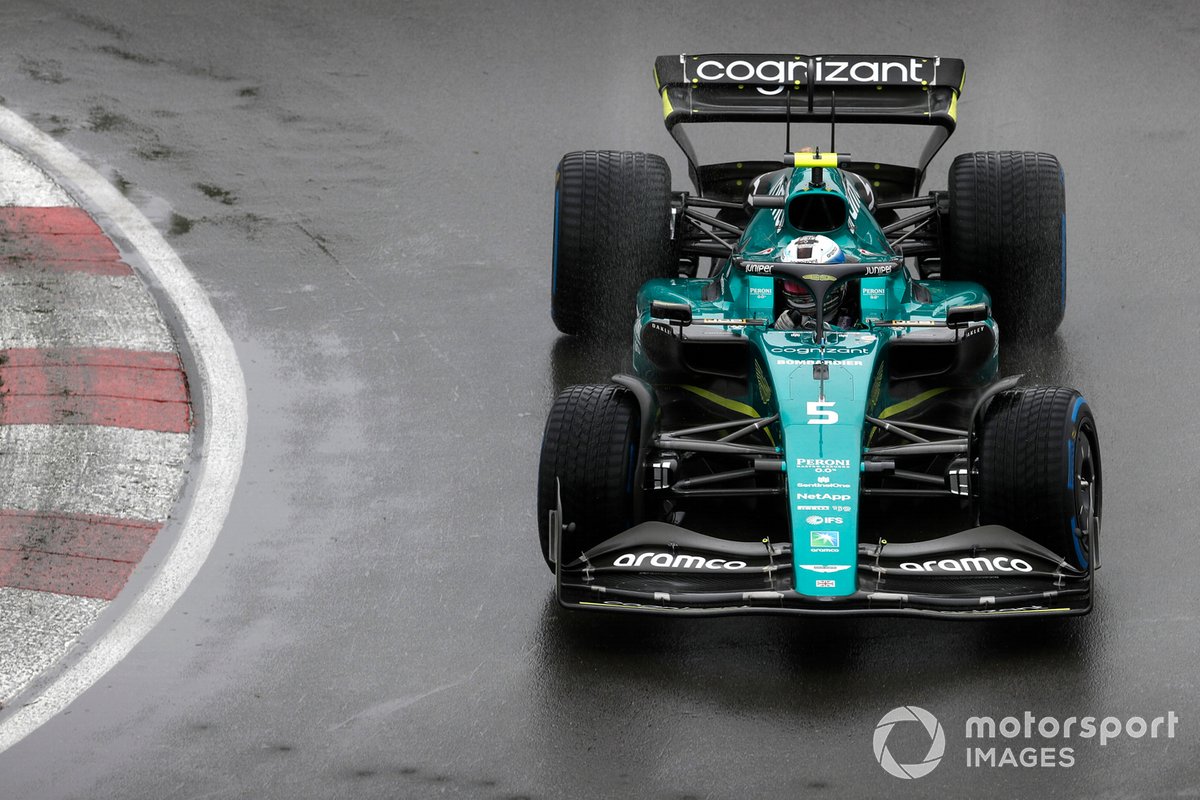 Red Bull duo Sergio Perez and Verstappen followed in eighth and ninth, ahead of Sainz.

The Alfa Romeos were next with Bottas and Zhou Guanyu in 11th and 12th, with Lance Stroll further back in 13th and Magnussen 14th.

Hamilton had another difficult session in 15th, followed by the Williams of Alex Albon and the AlphaTauri of Tsunoda.

Schumacher and the second Williams of Nicholas Latifi languished down in 18th and 19th.

Leclerc, who will start from the back of the grid after taking his fourth Ferrari power unit of the season, logged five laps without setting a laptime in 20th.