Max Verstappen led a Red Bull 1-2 in the final practice session for the British Grand Prix, with Ferrari’s Charles Leclerc settling for third.

The championship leader topped the timesheets 0.4 seconds ahead of team-mate Sergio Perez, with a 1m27.901s the quickest time of the weekend so far.

Verstappen topped the timesheet on his first flying lap, 20 minutes into running, setting a 1m28.541s to demote a then-leading Leclerc.

He continued to improve, first to a 1m28.498s before shaving off another 0.15s with a purple sector two.

Despite improvements throughout the field, no-one could match the Dutchman’s time, with a late challenge from Leclerc falling 0.002s short before Verstappen improved again.

The Monegasque driver had been set to finish second before Perez moved up from sixth to second, although still 0.4s off his team-mate, demoting the Ferrari man to third.

Aston Martin were first out on track, with Sebastian Vettel and Lance Stroll both keen to take advantage of the weekend’s second dry session after Friday’s FP1 was disrupted by rain.

Alpine’s Fernando Alonso was the first to get a time on the board, with a 1m34.826s, before team-mate Esteban Ocon demoted him, going 1.8s quicker on his first attempt.

The McLarens of Daniel Ricciardo and Lando Norris were next to put in quick times, trading the top spot, before Leclerc took the lead with a 1m29.452s – the first sub-1m30 time of the weekend. 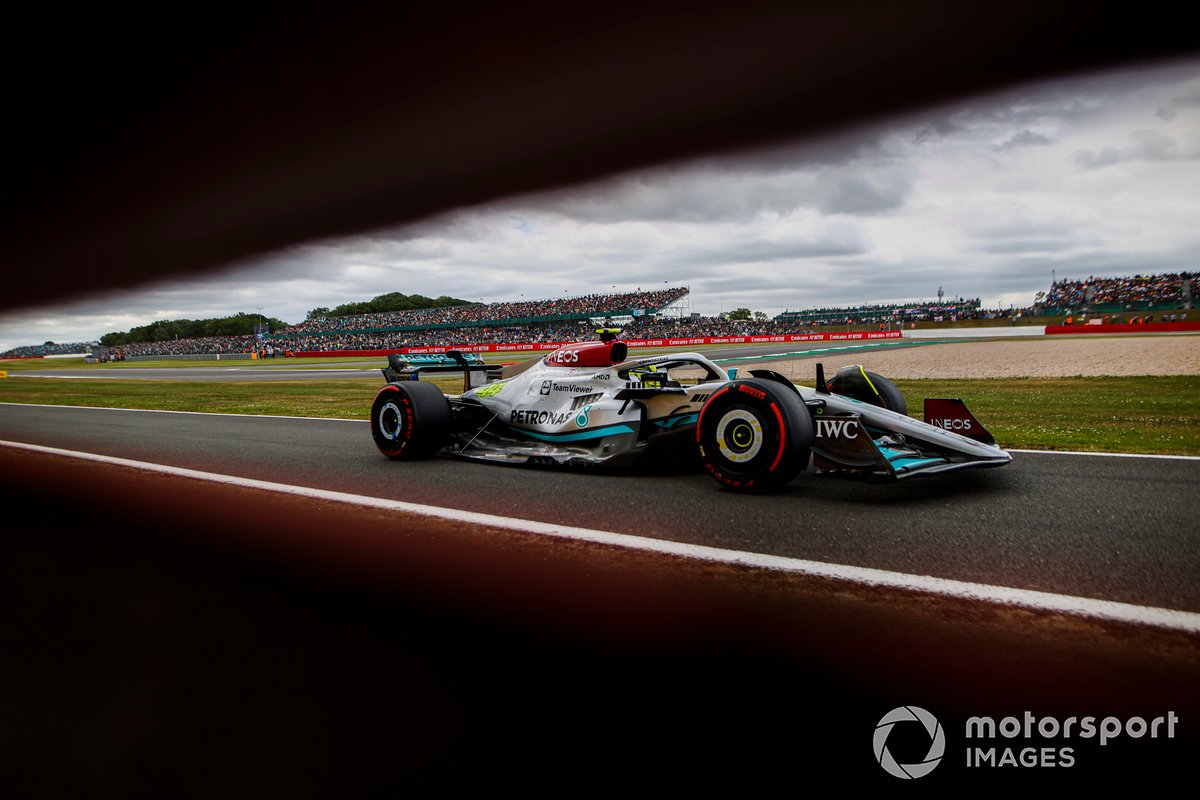 Sainz was next to put in a flying lap but settled for second, reporting struggles in high speed sections of the track.

With 10 minutes of the session, the timing board resembled a scene from Noah’s Ark, with the teams taking positions two-by-two, Ferrari leading Alfa Romeo, McLaren and Alpine.

Perez was the first of the Red Bulls to set a representative lap, splitting the Ferrari pair with a 1m29.629s, 0.17s behind Leclerc.

Russell’s first attempt was only enough for 10th, but Hamilton took third early on to push Sainz into fourth.

Perez briefly improved to top the timesheet, but it was Leclerc who once again took the lead with 20 minutes down, with a 1m29.021s.

Verstappen then took the lead, where he stayed for the rest of the session, repeatedly bettering his time to seal the top spot ahead of qualifying.

Russell improved to fourth with 15 minutes remaining, with a 1m28.426s, pushing Hamilton into fifth at a race he has won eight times.

Several drivers struggled at Turn 3, with Vettel, Perez and Sainz all running wide at Village during the hour-long practice.

Sainz settled for sixth after his struggles, despite having led FP2 on Friday, with Norris in seventh.

Valtteri Bottas (Alfa Romeo), the Haas of Mick Schumacher, and Alonso rounded out the top 10.

AlphaTauri suffered another tricky session, with Pierre Gasly and Yuki Tsunoda finishing in 15th and 17th, after the Frenchman said Silverstone has exposed their car’s weakness in high-speed bends.

Qualifying for the British Grand Prix takes place at 15:00 BST.