The Mercedes drivers had looked completely at ease for the majority of the race at Silverstone, which was disrupted twice early on after separate heavy crashes for Kevin Magnussen and Daniil Kvyat, but their fortunes were turned around sensationally with just over two laps to go.

Both Hamilton and Bottas had appeared to pick up blisters despite their commanding lead over Verstappen, and Bottas's left-front tyre failed at the start of lap 50 of 52, which meant he had to tour slowly to the pits and went from second to scoring no points.

Mercedes warned Hamilton not to risk trying to get the fastest lap on the final tour, but as he ran into Luffield for the final time his own left-front gave away and he was forced to limp to the flag with the tyre barely still attached to his car.

Verstappen had pitted after Bottas's puncture and that meant he had a 30s gap to close to Hamilton over the second half of the final tour. Although he closed in rapidly, Hamilton held to extend his record of British GP wins to seven. 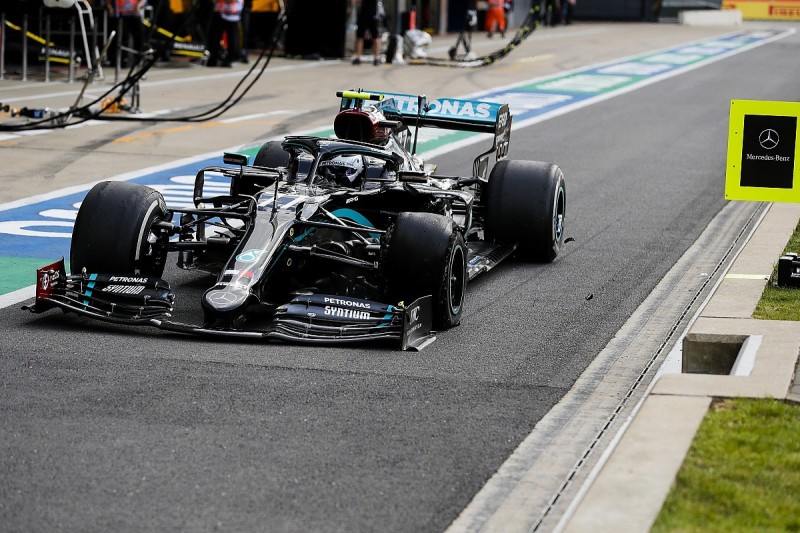 At the start, Bottas had appeared to make a better getaway from P2 and drew alongside Hamilton approaching the first corner, but the world champion swept ahead into the right-hander and moved clear in the lead.

The pack jostled for position behind the Mercedes throughout the first lap, with Daniel Ricciardo putting a bold move on Lando Norris at Copse to take sixth the standout pass, but the race was suspended a few moments later.

Magnussen had moved up from his P14 grid spot but he clipped the kerb at the first apex of Club hard and lost momentum. Alex Albon moved to his inside and they clashed at the second apex.

The Haas was pitched into a high-speed spin and he hit the barriers at the exit of the final corner, ripping the left-front from his car, and bouncing back into the gravel, with the safety car called into action so it could be recovered.

The race restarted on lap six of 52, with Hamilton immediately leaping clear again out front. He pulled cleared of DRS range to Bottas over the next few laps, but just as Bottas looked to be stabilising the gap the race was neutralised again when Kvyat crashed hard into the barriers at Becketts.

The AlphaTauri driver lost control of the rear of his car as he ran through the preceding Maggots ultra-high-speed left, as a result of a possible right-rear puncture, and he then slammed into the outside wall. The impact caused massive damage to his chassis, with debris also strewn over the track.

Once Kvyat's wreckage had been cleared, the race resumed on lap 19, Hamilton again immediately led Bottas and Verstappen clear of the midfield. 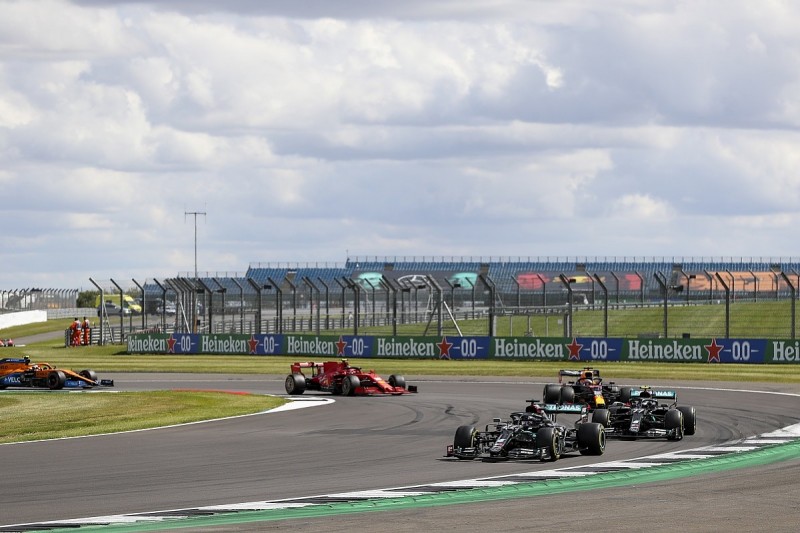 The leaders then swiftly dropped the Red Bull and set about exchanging the fastest lap over the next phase of the race, with only the Mercedes pair able to lap in the 1m30s bracket. Verstappen faded, but did manage to get into the 1m29s, albeit a chunk after the leaders had done so.

The gap between Hamilton and Bottas remained over a second for much of the next 20 laps after the restart, but as the race approached its final 10 laps Hamilton set a string of fastest laps to move over two seconds clear.

Verstappen grabbed the fastest lap accolade on lap 41, but by this point he was over 10s behind Hamilton, despite the tyres on both Mercedes cars looking less than ideal.

But Hamilton continued to extend his lead over Bottas beyond three seconds, and the gap steadily grew as the Mercedes drivers entered the early stages of their tyre dramas. Bottas was just over seven seconds adrift with five laps to go, with the final tours dominated by the sensational developments for the leaders.

Charles Leclerc finished third after a lonely race well adrift of Verstappen in his Ferrari, with Daniel Ricciardo taking fourth after McLaren's Carlos Sainz suffered the same front-left tyre drama as the Mercedes cars on the penultimate lap.

Lando Norris had run ahead of Ricciardo for much of the race but lost out late-on, and he came home fifth ahead of Esteban Ocon in the second Renault.

Pierre Gasly battled by Sebastian Vettel and Lance Stroll to take what became seventh for AlphaTauri, while Albon, who was given a five-second penalty for the incident with Magnussen, recovered to eighth after completing a two-stopper. 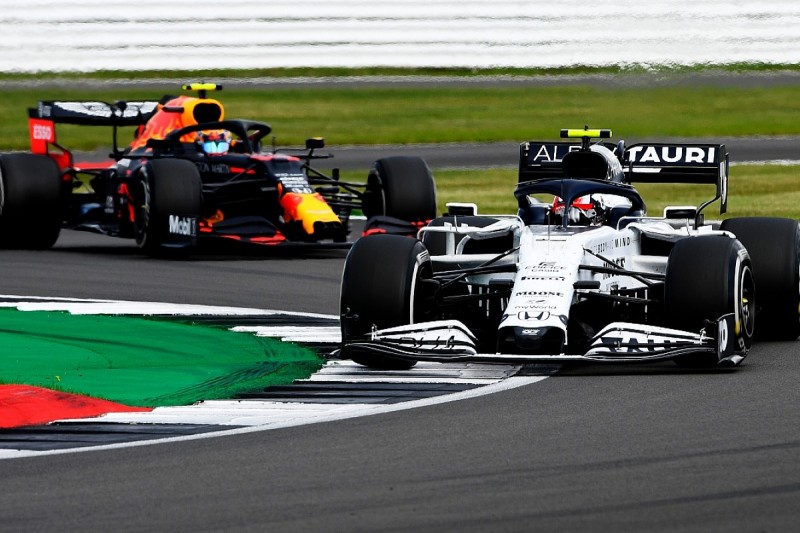 Stroll was ninth for Racing Point, with Vettel just getting home in 10th ahead of the charging Bottas at the final corner.

Sainz ended up 13th after his late tyre woe, with Romain Grosjean 16th for Haas after a controversial drive.

The Frenchman did not pit under the second safety car, which boosted him up to fifth. Although he faded once his strategy shook out, Grosjean held a high place for a long time, but his defence against Sainz into Stowe earned him a black-and-white warning flag, and he also appeared to move late when battling Ricciardo into Brooklands.

Kimi Raikkonen brought up the rear of the field for Alfa Romeo after he suffered front wing damage shortly before the Mercedes tyre drama occurred in the final laps.

Nico Hulkenberg did not get to start the race in place of Sergio Perez at Racing Point, as the team discovered a power unit problem on his car when it was fired up ahead to go to the grid.